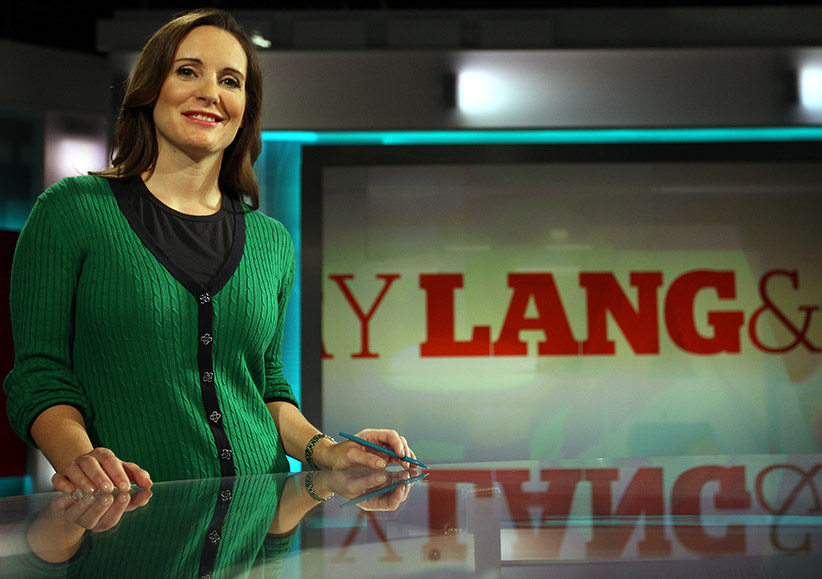 Lang is pursuing “a new opportunity outside the CBC in television,” Editor-in-Chief Jennifer McGuire announced in a memo to staff on Tuesday morning. She wrote that Lang plans to “devote more time to her writing” with a book expected next year.

Lang joined the CBC in 2009 as one half of “The Lang & O’Leary Exchange,” which was renamed “The Exchange with Amanda Lang” after Kevin O’Leary left the show.

Lang was also part of the team bringing business news to “The National.”

Her last day with the CBC will be Friday. Business journalist Bruce Sellery will host her show for the next two weeks.

Lang’s tenure in recent months was tainted by allegations of impropriety, although a CBC review concluded she abided by journalistic standards.

In early January, media website Canadaland alleged that she tried to “sabotage” a 2013 story about the Royal Bank of Canada and its use of temporary foreign workers.

The report said the bank sponsored some speeches or events at which Lang spoke and that Lang had a “serious relationship” with a RBC board member.

The CBC came to Lang’s defence and said her paid speaking appearances did not violate any rules. However, about 10 days later McGuire said the CBC would no longer allow any of its on-air journalists to accept paid public appearances.

McGuire then launched an investigation into allegations of conflict of interest with that 2013 story. It concluded that “optics and suspicions notwithstanding, there is currently no evidence to support the contention that CBC’s journalism has been compromised.”

However, only part of the review was made public.

Because the CBC’s collective agreement safeguards the privacy of employees, sections that examined individual performances — as well as any discipline that may have resulted — were kept confidential.

A report from CBC’s ombudswoman Esther Enkin in May was more pointed, finding “there was a violation of conflict of interest policy because of the personal connection.”

It noted that while Lang may not have plotted to protect RBC, “the fact that it can be construed in such an opposite way actually underlines the nature of the problem here.”

The ombudswoman added “that a journalist with Ms. Lang’s seniority” should have been aware that staff are obliged to tell management of potential conflicts.

But Enkin also identified “widespread inconsistent understanding of the policy, and no clear process oversight to assess a potential conflict or to ensure all who needed to know about it were aware.”

Lang previously worked for various newspapers, including the Globe and Mail and the National Post, and anchored with CNN in New York and the Business News Network.

Related reading: The allegations against CBC commentator pile up.