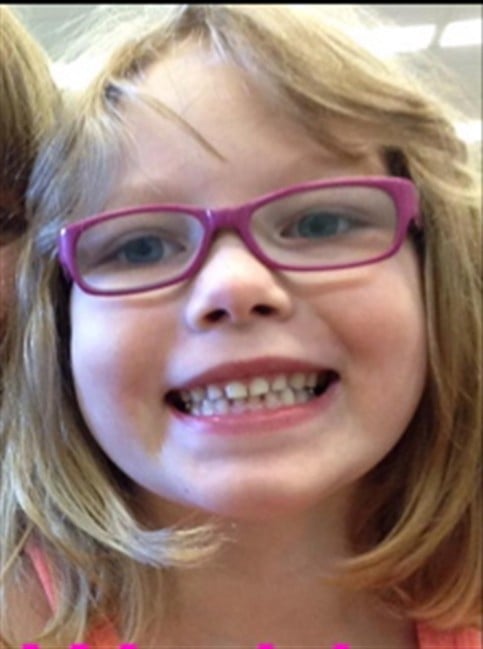 An Amber Alert has been issued for a seven-year-old girl in Saskatchewan. RCMP at Nipawin say Nia Eastman, shown in this undated RCMP handout image, is believed to be with her 45-year-old father, Adam Jay Eastman. (Handout/RCMP/CP)

NIPAWIN, Sask. – An Amber Alert and frantic search for a seven-year-old girl ended in tragedy Thursday when her body was discovered in a home in northeastern Saskatchewan.

The alert was issued by police in Nipawin overnight after Nia Eastman was not returned to her mother Wednesday evening. Police said Nia’s father, Adam Jay Eastman, was found dead earlier in the day from self-inflicted injuries.

Officers found the girl’s body in a house in Choiceland, a small community not far from Nipawin, where residents say the father rented a home.

RCMP Insp. Jennifer Ebert struggled to maintain composure as she broke the news of the girl’s death.

“All of us had hoped and prayed Nia would be located safely,” she Ebert as she choked back tears. “This was not the outcome any of us were hoping for and our thoughts are with her family and the communities.”

Ebert said investigators were trying to piece together what happened after Nia’s father picked her up from school on Wednesday.

“Our investigators are working diligently to determine exactly what took place,” Ebert said. “At this point in the investigation, there is no indication anyone else was involved in Nia’s death and we are not seeking any suspects.”

A Facebook page belonging to a Jay Eastman features several photos of a little girl smiling happily with her father. People who knew Eastman say he went by his middle name “Jay.”

On Tuesday afternoon, a day before Nia was to be returned to her mother, there was a photo posted of the girl and an unidentified woman with the super-imposed caption “My World.”

On Wednesday, the page’s cover photo was changed to a picture of a skull and crossbones with the slogan: “Leave me alone. I’ve had enough.”

There were no further posts after that.

According to a provincial court document, Eastman was facing an assault charge. A Nipawin peace officer said he believed Eastman committed an assault on Crystal Eastman, Nia’s mother, on Aug. 23 in Choiceland.

The court had no record of convictions against Adam Eastman.

A business owner in Choiceland said Nia’s father dropped in to talk pretty much every day.

The woman, who did not want her name used, said Eastman and his wife had separated about two months ago. She said Nia was their only child, although Adam Eastman had two children from a previous common-law relationship.

“He was having mental issues. Him and his wife split up. It wasn’t a good situation,” she said.

The woman said she would see Eastman and Nia together occasionally and he doted on the little girl.

The woman said Eastman had worked at a Co-op for a while, but was currently unemployed.