Amber Alerts work. So why are people complaining about them?

The system could probably be refined and tweaked, say experts, but with a child's life at stake, police aren't apologizing for waking people up 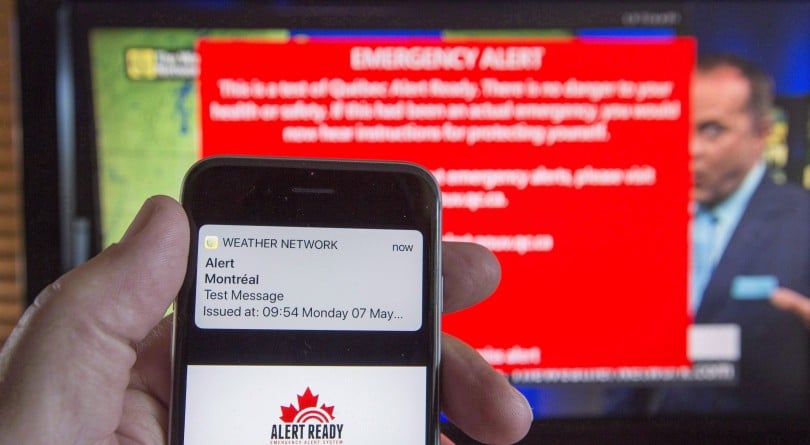 By phone, email, Twitter, Facebook, Instagram and yes, even 911, Ontarians have been contacting the Peel Regional Police by the hundreds to complain about Thursday’s late-night electronic Amber Alert.

Constable Akhil Mooken, who works in media relations for the department, said the calls started as soon as the organization issued the alert at 11:36 p.m. and kept coming well into Friday morning. He said Peel’s 911 dispatchers received 124 calls—mostly complaints—in the first hour alone, logging 383 total calls by 9:30 a.m. the next day.

“It’s certainly a large amount. It’s something I’ve never experienced,” Mooken said. “While I understand it’s an inconvenience to people, I hope they realize the purpose of the Amber Alert.”

Tragically, Riya Rajkumar, the missing 11-year-old girl, was found dead in this case. But the Amber Alert served at least part of its purpose. Within a few minutes, a driver spotted the car mentioned in the alert and used 911 the way it was intended. He stayed on the phone to provide dispatchers with the vehicle’s location 110 kilometres away in Oro-Medonte until the Ontario Provincial Police arrived and made an arrest.

READ MORE: You are horrible people

“These alerts can save lives, but we have to give public safety officials a little more grace in perhaps over-alerting the public,” Bean said. “It looks like perhaps that was done in this case with the Amber Alert.”

Of those who called to complain, Mooken said most were simply expressing anger they were woken up on a work night despite turning their ringers off or putting their phones in Do Not Disturb mode. Some had more legitimate complaints, such as that they were hours away from the crisis with little realistic chance of offering any help.

Canada implemented its system for mobile electronic alerts last April, requiring cellphone carriers to distribute the messages to consumers in emergencies. It’s impossible to opt out of the loud, persistent warnings, which include both messages warning about imminent disasters and Amber Alerts to help locate missing children.

Thursday’s Amber Alert was only the second ever to be sent to Ontario cellphones since the system was implemented last April. The other alert occurred during the day, resulting in fewer complaints from people over sleep disruption.

Designated government agencies and police services have the ability to log into software provided by the Oakville, Ont.-based company Pelmorex and specify who they want the alert distributed to and by what means. In Ontario, Amber Alerts are always distributed to cellphone customers throughout the entire province.

Martin Belanger, director of public alerting with Pelmorex, said the company was investigating complaints from cellphone customers in Manitoba who said they received the Ontario alert. “We’re currently working with all our partners, including the distributors, to determine the cause,” he said.

In the U.S., cellphone customers can opt out of Amber Alerts. Bean said he thinks it would be reasonable to allow Canadians to opt out of the missing child alerts but not warnings about things like natural disasters or terrorist attacks, which are broadcast through the same system.

“If Canada is going to continue to issue these Amber Alerts or they’re going to be issued with more frequency, I think you’re going to see a public debate about whether Amber Alerts should, in fact, be conflated with these imminent threat alerts for the public,” Bean said.

Mooken, the Peel Police constable, disagrees. “The more eyes we have out there looking for a vehicle or the individuals involved in an Amber Alert, the sooner we can try to resolve it and potentially reunite a child with a parent,” he said.

Something that seems beyond dispute is that 911 is not the appropriate place to complain about the electronic Amber Alerts.

“Nine-one-one is meant for emergencies. When people have a life-threatening emergency that affects themselves or someone else, that’s what it’s designed for,” Mooken said. “Being woken up for an Amber Alert is, in my opinion, not a good reason to call and complain.”