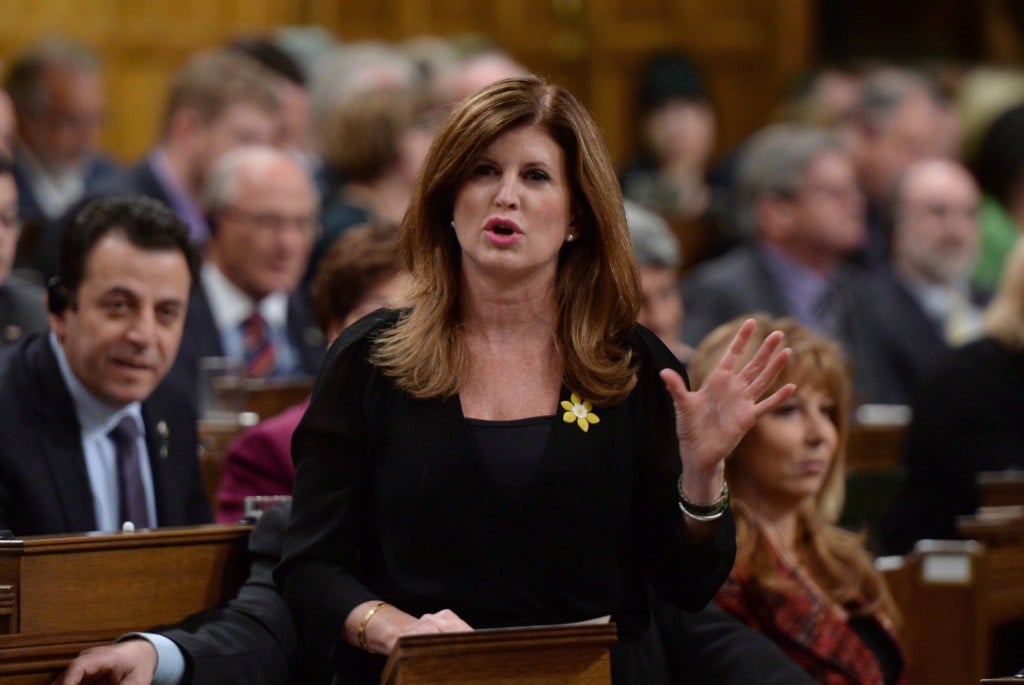 EDMONTON – Interim Conservative leader Rona Ambrose is accusing the Liberals of ignoring the plight of rural Albertans suffering from the economic downturn.

Ambrose says the decision to move an immigration centre and 280 jobs from the town of Vegreville to Edmonton makes no sense.

She says the government is ignoring growing unemployment in rural Alberta and has no respect for resource industries.

The Liberals say the move planned for 2018 will improve service to Canadians.

Shannon Stubbs, the Conservative MP who represents the riding, says it will devastate the community of 6,000 people.

The Conservatives want the government to reconsider and called on the Liberals to think about the town.

“They have been completely blindsided, they can’t understand the rationale for the decision,” Stubbs said Thursday. “In many cases, the employees who work in the processing centre are the only sustaining income for the farm families in the area.”

The centre, which opened in 1994, processes temporary and permanent residency applications, work permits, visitor records and study permits, while also backing up other centres across the country.

Infrastructure Minister Amarjeet Sohi, one of two Liberal MPs in Edmonton, defended the decision to move the office to the city.

Sohi said the building’s lease is coming due and the government has been having problems hiring people to work at the office about 100 kilometres east of Edmonton.

He said the hiring crunch will get worse as more people at the centre retire.

Sohi said it will be easier to recruit new employees to work in Edmonton.

“Immigration has not been able to attract people to work there,” he said. “Moving this centre to Edmonton will help improve services and will help us reduce processing times.”