Denis Coderre and Tom Mulcair among those to issue condolences after Lapierre, his wife and other members of his family died in a plane crash 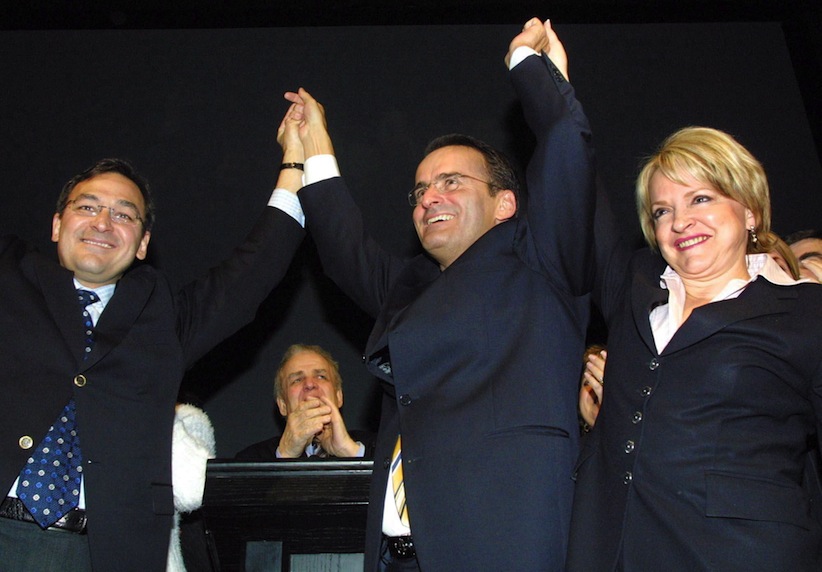 MONTREAL – Former federal cabinet minister Jean Lapierre, who went on to become a highly visible and respected political pundit on national issues, was remembered Tuesday as a great communicator who “really understood the country.”

Lapierre, 59, his wife, two of his brothers and one of his sisters were among seven people who died when their plane crashed as it headed to the Iles-de-la-Madeleine, where his father had passed away just a few days earlier.

The Quebec coroner’s office identified the deceased on Tuesday night as Lapierre, his spouse Nicole Beaulieu, his brothers Marc and Louis, his sister Martine Lapierre, and crew members Pascal Gosselin and Fabrice Labourel.

Former prime minister Paul Martin, who brought Lapierre back from political exile after taking over the Liberal leadership in 2003, said he would remember his ex-colleague as a “great friend who had deep insights.”

“We’re talking about somebody who really understood the country, who understood what the political process is all about,” said Martin, who made Lapierre his Quebec lieutenant.

The fluently bilingual Lapierre was much sought-after as a political commentator in English and French. While he worked primarily for the TVA television network, he could be seen and heard on various other news outlets throughout the province.

“We have lost today not just a colleague, but also a passionate man who influenced all of Quebec with his rigour and his analytical skills,” said Pierre Dion, president and CEO of Quebecor Inc., which owns TVA.

Lapierre was elected to the Commons as a Liberal in 1979, representing the Quebec riding of Shefford. He briefly served as youth and amateur sports minister in John Turner’s short-lived government in 1984. At that time, he was just 28, the youngest cabinet minister ever appointed to that point.

He co-chaired Martin’s campaign for the Liberal leadership in 1990, during which Lapierre became increasingly heated in his denunciations of the front-runner, Jean Chretien, and his opposition to the Meech Lake constitutional accord.

The moment Chretien was announced the winner at Calgary’s Saddledome, Lapierre and fellow Quebec Liberal MP Gilles Rocheleau stomped out of the convention centre and quit the Liberal party. They later became founding members of the separatist Bloc Quebecois, although Lapierre later said he was never really a sovereigntist.

Former Bloc leader Gilles Duceppe said he spoke to Lapierre as recently as Monday and recalled his ex-colleague as “combative, passionate and generous.”

“He certainly had the best network of contacts you can imagine in Quebec,” Duceppe said. “In all sectors, business, labour. He knew everybody.”

Lapierre quit federal politics in 1992 but returned after Martin became Liberal leader in late 2003. He served as transport minister between 2004 and ’06.

Lapierre left politics in 2007 and soon became a popular on-air personality, drawing from his long list of sources in both federal and provincial politics to offer commentary on important news events for a host of different media organizations in Quebec.

“He’s one of the finest political analysts I ever met,” Martin added. “He worked so hard at it.”

Many well-known Canadian journalists posted messages on social media during the day, begging Lapierre to say something to deny rumours he was on board the plane.

Montreal Mayor Denis Coderre, who worked with Lapierre under the Liberal banner in Ottawa, said the popular pundit was able to explain politics to Quebecers in a simple, succinct way.

“He was above all a communicator,” Coderre told a news conference at city hall. “He could say a lot in a few words. He used his colourful commentary to make us understand (politics) in few words and left no one indifferent.”

Politicians of all stripes also weighed in on his death.

“It just has me reeling,” Prime Minister Justin Trudeau said in an interview with Global television.

“He was such a strong fixture in Quebec, in Canadian political life and the media landscape. It actually hasn’t sunk in that he’s not with us anymore.”

“An utter shock to learn of the death of Jean Lapierre and many family members,” Mulcair said. “Deepest condolences to those grieving this tragic loss.”