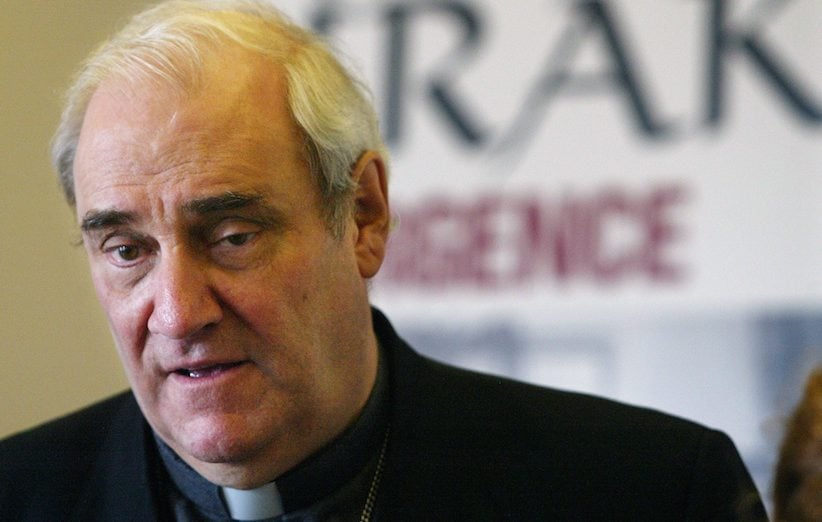 MONTREAL – Cardinal Jean-Claude Turcotte, who oversaw the funerals of Maurice Richard and Pierre Elliott Trudeau during his 22 years as archbishop of Montreal, has died after a lengthy illness at the age of 78.

A statement from the Archdiocese of Montreal says Turcotte died today at Marie-Clarac Hospital in the city.

The Montreal native was hospitalized in the summer of 2014 and was admitted to a palliative care unit last March 24.

Turcotte, who was born on June 26, 1936, studied at College Andre-Grasset before obtaining his theology degree at the Grand Seminary of Montreal.

He was ordained a priest in May 1959 and occupied several pastoral functions before being named bishop of Montreal in June 1982.

Turcotte grabbed headlines in 2008 when he returned his Order of Canada to protest the decision to bestow the honour on Dr. Henry Morgentaler, the well-known abortion pioneer.

”You make him a national hero while what he defends offends very deeply and causes indignation among a significant portion of the population,” he said.

”There are limits and I have to protest this.”

During the 1984 papal visit, the provincial government assigned Turcotte to represent Quebec bishops and to oversee the co-ordination of the trip in the Montreal diocese.

Turcotte remained active in the Roman Catholic Church, taking in different events around the world before becoming a cardinal in October 1994.

The following year, Turcotte obtained an honorary doctorate in theology from Montreal’s McGill University and was elected vice-president of the Canadian Conference of Catholic Bishops.

Turcotte became president in 1997, a position he held for two years.

In 2000, he celebrated the funerals of Richard and Trudeau, both at the Notre-Dame Basilica.

Turcotte was known as a good communicator, writing a column for Le Journal de Montreal from 1995 to 2008 and also appearing regularly on radio and TV programs.

In 2012, at the age of 75, he was replaced as archbishop of Montreal by Mgr. Christian Lepine.

During his religious career, Turcotte took part in two conclaves that chose the successors to two popes, Jean-Paul II and Benedict XVI.

As the 2013 conclave approached, Turcotte said in an interview he was open to a modernization of the church, but that he remained faithful to the teachings of the Catholic religion and that the church would not change its dogma.

“We don’t do a survey every week to know what people are thinking, in order to tell them what to do,” he said.

“We have one message and, in this message, there are a certain number of principles which would be difficult to change.

“Having said that, there have been perhaps, attitudes which have hardened over the centuries, which should be softened.”

In July 2014, Turcotte spoke out about pedophile scandals in the church and the estimate by Pope Francis that only two per cent of priests were pedophiles.

“We’re talking about two per cent … it’s not a lot, but even if one priest is a pedophile, that’s one too many,” Turcotte told The Canadian Press.

He also said victims of sexual assaults that occurred within the walls of Catholic establishments should be compensated.

“If there are people who behaved badly, they (must) pay for their behaviour,” Turcotte declared. “It’s normal that we pay for the wrongs that were committed.”