Are Marc and Jodie Emery bad for the weed movement? 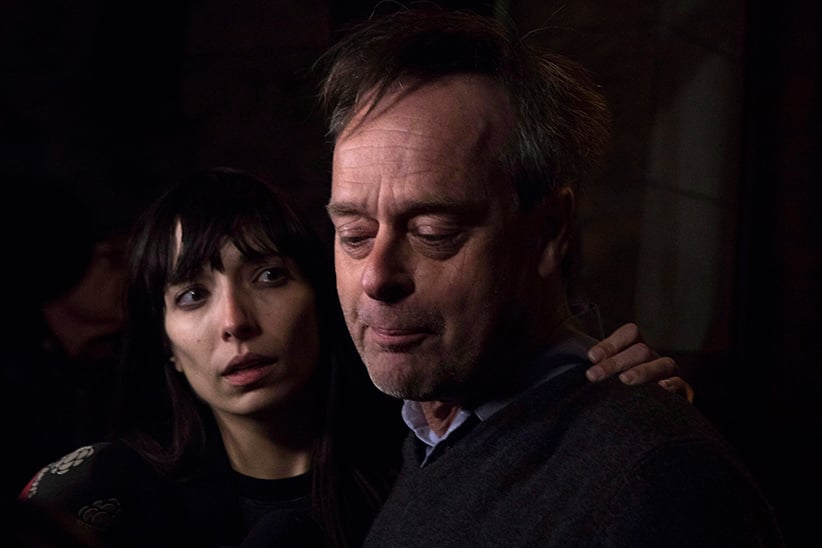 The Emerys on March 10, after Marc is released on bail. He faces 15 charges, including conspiracy to commit an indictable offence, trafficking and possession of proceeds of crime, while Jodie faces five similar counts. (Chris Young/CP)

“I’d still like to be the Starbucks of weed,” says Jodie Emery, fresh from her first strip-search jail stint. After an arrest in Toronto, she’s back in Vancouver, sipping a latte inside a busy West Hastings Street cafe. Across the street is her grungy Cannabis Culture headquarters. Which, because of certain Ontario court bail conditions laid down in March, she cannot visit.

She clings to her dream of building a retail network into “the most recognized brand in retail storefronts and lounges.” A string of Cannabis Culture franchises across Canada. Shelves filled with top-notch pot. Smoking lounges. Special appearances with herself, the photogenic, friendly face behind the family brand. Free dab hits courtesy of her husband, the irascible Marc (a dab, for the uninitiated, is a highly concentrated form of cannabis, usually smoked directly from a hot surface or flame).

The couple had seemed on their way, meeting goals on their own terms, outside the law. They found business partners and opened 15 Cannabis Culture “dispensaries” in a handful of cities. The Emerys eschewed buy-in fees from their franchisees—they had contemplated charging $25,000 up front—instead charging six or seven per cent of gross sales. Anyone aged 19 years or older could buy their weed, and many did.

That was until police—in Montreal, just before Christmas, and then in Toronto and Hamilton—got all police-like and raided Cannabis Culture shops in those cities. Three franchises in laissez-faire Vancouver were left untouched and are still open.

Marc and Jodie were last arrested March 8 at Pearson International Airport. They were charged with a variety of criminal offences related to marijuana, including trafficking. Marc remains in Toronto with bail conditions, while Jodie was allowed to return to her home in Vancouver. Their first court appearance in Toronto is scheduled in April. For his part, Marc suggests he’s done with retail pot—at least directly. “We’ll ultimately work with some company, lending our likeness to some kind of enterprise,” he says from Toronto. Will he try to get back into sales? “Goodness no.”

Jodie isn’t on the same page. “I have only ever known my Cannabis Culture business, and I don’t want to give up on the dream that I was building out. [But] I only intend to work in the cannabis distribution or retail industry legally,” she says.

She’s been approached by a Vancouver-area company that owns a federal medical marijuana production licence (a “licensed producer,” or LP). The company tried recruiting her with some sort of role if she would quit criticizing its business. She says she just laughed.

They are by no means contrite. They remain outspoken. But if the Emerys are true to their word and they stay away from illicit, unregulated marijuana sales, they may do the pro-pot movement a big favour. Because they weren’t helping anymore.

Legal, recreational marijuana sales and consumption are coming to Canada. The Trudeau government reportedly plans to introduce pro-pot legislation this month. It expects a regulatory framework to be in place by the middle of next year, with large-scale LPs getting the green light on legal production. Retail operations will be regulated and controlled as individual provinces see fit.

Corporate weed is very buttoned-down. It’s no place for free-for-all advocates like the Emerys, who are off in their own world. Despite evidence the drug can cause harm, especially to children and young adults, the couple insists marijuana is a cure-all, a simple plant that people can consume as a kind of supplement and “stress preventer.”

Tell that to residents in Vancouver’s crowded West End, where, for the second consecutive year, they’ll have to contend with pot vendors and tens of thousands of enthusiasts who will clog a neighbourhood beach and park—where smoking is banned by city fiat—for “4/20” celebrations, the annual April 20 toke-fest. Jodie has helped organize past events and supports this year’s celebrations.

Last year’s unsanctioned event grew so large and upset enough residents that Vancouver’s lone Green party city councillor suggested future smoke-ups be moved to a more appropriate location, such as an asphalt parking lot in nearby False Creek. But a majority on council decided in late March to defer any decision for another year, raising questions about who really calls the shots in Vansterdam.

Jodie says folks should just chill; 4/20 is just one day of hassle. And besides, a marijuana binge won’t hurt anyone. She sticks to her claim that today’s powerful Frankenweed is “safer than water,” because, after all, “people can die from drinking too much water.”

Marc says things, too. In 2009, he claimed to have smoked marijuana “five or six times” with Justin Trudeau, including one occasion after the politician was elected to Parliament. Four years later, Marc acknowledged he’d made that up, and apologized for his “clear misrepresentation.”

By then, Trudeau had become leader of the federal Liberal party. Jodie, meanwhile, was hoping to secure a Liberal nomination for a Vancouver riding ahead of the 2015 federal election. The party brass rejected her nomination papers and, though no explanation was given, the reason seemed clear enough: the Emerys had burned bridges. 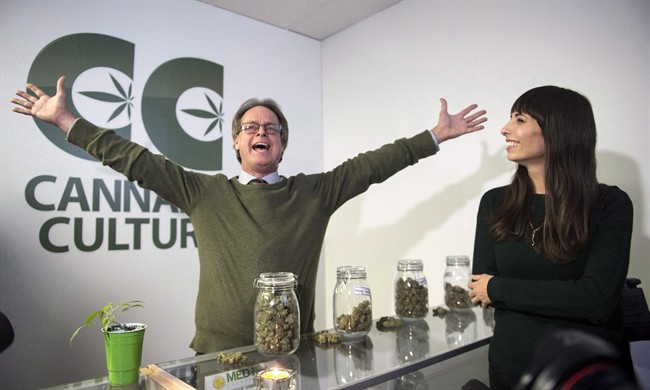 They don’t pretend to like the Liberals anymore. Marc now finds common cause with Conservative leadership candidate Maxime Bernier, considered by some to be his party’s libertarian flag-bearer. “Max is a very market-oriented person—a principled and fine gentleman whose every policy is based on individual liberty,” he explains.

When he reaffirmed his commitment to Bernier after his Toronto arrest in March, tweeting a photo of himself and the candidate in a friendly embrace, some of Marc’s followers tweeted back in disgust. To wit: “Jesus Mark [sic], are you nuts?”

No, not nuts, says Jodie. He just goes wherever he wants. Goes for broke, sometimes. “Marc has decades of business experience and activism behind him, so he’s used to losing everything and then gaining it all back again,” his wife says. He spent more than four years in a U.S. prison for selling cannabis seeds by mail, and look at him now.

Yes, now. Criminally charged again, on bail. And here’s the stupid irony: after Marc’s release from U.S. prison in 2014, the Emerys said they would not get into illicit weed sales. “But we were struggling. We had no money, no property,” Jodie recalls. So they started up their first dispensary, in Vancouver, and then another, and then a whole bunch more. “Money, jobs and activism,” says Jodie. “We thought: who deserves this more than us, anyway?”

Interesting question. A few minutes later, she says she “didn’t get into this business for financial gain,” adding, “I’m not in this to run a big empire.” So who knows.