Are pigs people too? Here's what the judge in the 'pig trial' said.

In weighing the charges against Anita Krajnc, an Ontario judge was asked to consider the personhood of pigs and whether Krajnc was like Gandhi 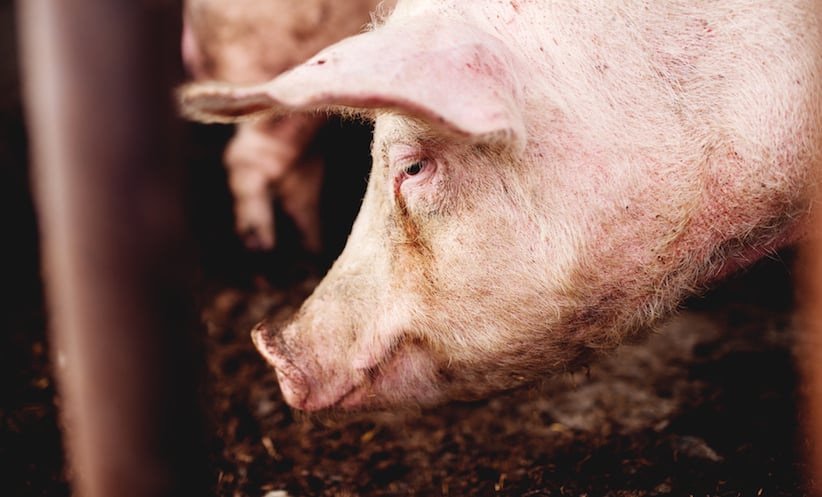 The mischief charge against animal rights activist Anita Krajnc for providing some pigs with water en route to a Burlington, Ont. slaughterhouse in 2015 was dismissed on Thursday.

The “pig trial,” as it was popularly dubbed, was heard over five days between August 2016 and March 2017. In his ruling, Ontario Court of Justice judge David Harris noted the amount of public and media focus the proceedings had attracted.

His tone might be read as sardonic. While he wrote that he was “pleased” with the attention, he drew a comparison between the attendance in his courtroom—“on the day that final submissions were made, we almost had to turn people away”—and the lack of onlookers in the adjoining chamber where a second-degree murder trial was underway. “I wish to make it clear that we would be even more pleased if the media and members of the public showed the same level of interest in other cases of interest to the people of Halton,” he noted.

Two other parts of the ruling stand out. In arriving at his judgment, Harris was asked to consider the argument that pigs are “persons,” not “property.” Kranjc’s lawyer also drew parallels between his client and historical instances of human rights activism.

Here’s what Harris wrote about the two issues.

On the personhood of pigs

1. like to roam and graze in a natural setting;
2. will form social groups, usually several females and their offspring;
3. have a very complex communication system;
4. have a number of different personality traits and interact with teach other in very interesting and complex ways;
5. are very similar to dogs in level of intelligence and in the emotional and psychological characteristics that they possess;
6. empathize;
7. experience joy and happiness;
8. are sentient — capable of feeling good or bad depending on circumstances;
9. suffer both physically and psychologically in a factory farm setting.

[31] She further expressed the opinion that pigs are persons. She based that conclusion on the following:

Well, what it means to be a person is not equivalent to being human. Person, even under the law is someone who is autonomous, has the capacity to be self-aware and has the ability to understand that they have a life that they are going to be leading, is a future. The common law says that practical autonomy is, is equivalent to personhood.

[32] I did not accept this conclusion.

[33] First of all, Dr. Marino was not qualified to express an opinion as to who or what, in law, constitutes a “person” or “property”.

[35] In fact, by law in Canada, pigs are not persons and they are property.

[36] Ms. Kranjc and like-minded individuals may believe otherwise and they are fully entitled to that belief. That does not however make it so.

[37] In passing, I note that dogs and cats and other pets are property too, and not persons.

[115] I am quite prepared to accept that Ms. Kranjc actually believes everything that she says, even when she goes beyond what the scientists support. I recognize however that it is possible that she is simply making statements that will grab the public attention as a controversial sound-bite, thereby allowing her to get her message out through the media that pick up those sound-bites.

[116] The same thing can be said about certain of the arguments that were advanced on behalf of Ms. Kranjc. In one of these, counsel cited the cases of Mahatma Gandhi, Nelson Mandela and Susan B. Anthony. More particularly, he stated the following:

Gandhi was convicted in India, English held India, for legally harvesting salt for the coastal city of Dandi to raise awareness of the suffering of its people. Millions of Indians lived under British tyranny. That small action created a ripple effect and galvanized the Indian people that ultimately changed the course of history.

And Nelson Mandela was found guilty of committing sabotage against South Africa’s apartheid government. He was sentenced to life in prison for his crime. He gave up his liberty to raise awareness and to end one of the most infamous racist regimes in human history.

And on the heels of International Women’s Day, Susan B. Anthony was convinced in 1872 for voting as a woman, opening up the door for women’s suffrage rights.

[117] Why were these examples even mentioned. They can all be distinguished from the present case.

[118] Mr. Gandhi and Ms. Anthony both were protesting what they believed to be unjust laws and did so by breaking those particular laws. That is not the case here.

[119] The facts leading up to Mr. Mandela’s conviction are far too complicated to go into here but they too are very different from the case before me.

[120] None of the three argued that they should be found not guilty because they were pursuing a just cause.

[121] Most important, each and every one of them was convicted.

[122] Counsel certainly does not want me to do the same thing. In fact, he agreed that he was asking me to ignore the results in those cases and “be on the right side.”

[123] I fear that these three examples were in fact cited because, although they serve no purpose in deciding this case, it will look good in the social media posts for Ms. Kranjc to be compared with the likes of Gandhi, Mandela and Susan B. Anthony.

[124] With respect to the email read by counsel comparing Ms. Kranjc’s actions to those by people in Hungary who gave water to Jews who were being transported to concentration camps, I found the comparison to be offensive and I will be attaching no weight to it in my decision.

[125] I would not be surprised however if it received coverage.