In Toronto, there's art for everyone

From fine art to street art, there’s something new to see in every corner of the city 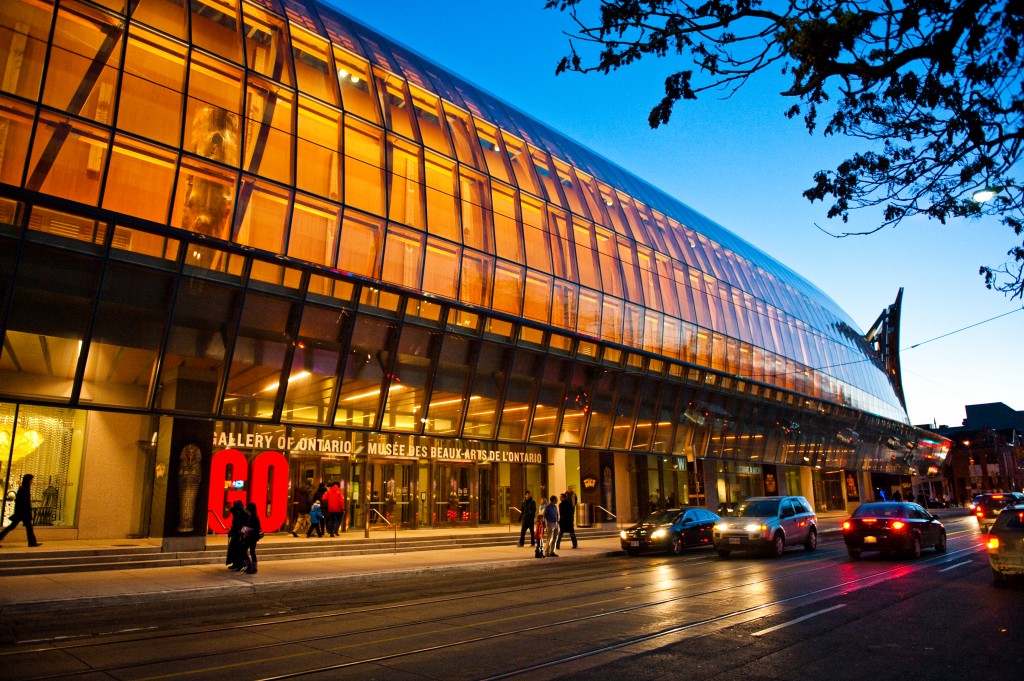 This fall, Toronto plays host to an impressive array of artworks by world-famous impressionists, celebrated Canadian masters and emerging talent. Indeed, art has never been so accessible in the city.

The star attraction may be the Art Gallery of Ontario’s Mystical Landscapes: Masterpieces from Claude Monet, Vincent van Gogh and More, which senior curator of international exhibitions Katharine Lochnan promises has “the potential to change [viewers’] lives.”

“I don’t think that’s an overstatement,” says Lochnan of the exhibition. “We have pulled together some of the most inspiring pictures ever painted. Pictures that draw people [from] all over the world.”

Organized in partnership with Paris’s Musée d’Orsay and running until the end of January, the show includes canvases and works on paper by three-dozen artists including, Emily Carr, Lawren Harris and Frederick Varley.

Many of the paintings are rarely seen outside of their home galleries. Highlights include van Gogh’s Starry Night Over the Rhone at Arles, Monet’s 1907 Water Lilies (Nymphéas), Edvard Munch’s The Sun and a Paul Gauguin triptych featuring Vision of the Sermon (Jacob Wrestling with the Angel). The exhibition travels to the Musée d’Orsay in March.

While Mystical Landscapes brings some of the biggest and brightest names in painting to Toronto this fall, the city also offers other must-see attractions ranging from contemporary installations to international photography and world-class street art.

The Scotiabank CONTACT Photography Festival gallery just up the road features films and photographs by multidisciplinary Cuban-born artist Ana Mendieta, while the ceramics-focused Gardiner Museum spotlights the influence of the Scandinavian aesthetic on Canadian artisans and designers.

All of these shows look to impress with bold new approaches to viewing art. Welcome to Toronto’s new cultural standard, where institutions, commercial galleries and festivals compete for audiences with a mix of the traditional and experimental.

The AGO’s monthly First Thursdays event, for example, allows hipsters and tastemakers of all ages to mingle, party, groove to DJs and live musicians such as Patti Smith and Grandmaster Flash and enjoy the gallery’s permanent collections. The Toronto Star compared the event to “Saturday night bar-hopping at [the trendy] Dundas Street West and Ossington Avenue [strip].” 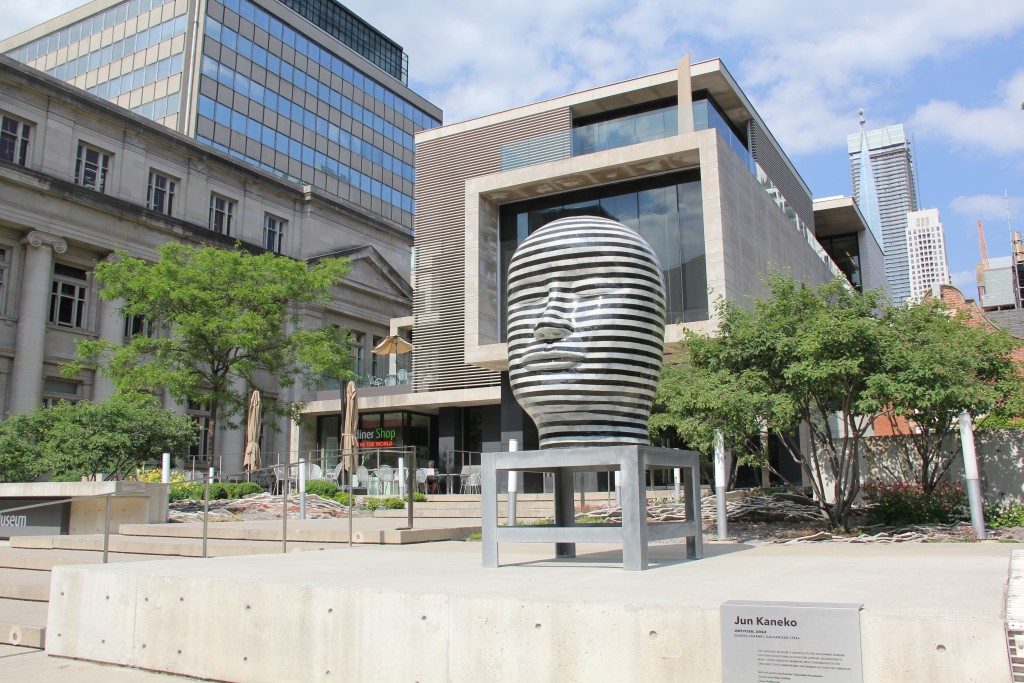 Darcy Killeen, executive director of CONTACT, the world’s largest annual photo festival, says cultural organizations in Toronto are working hard to move art outside of formal gallery spaces and to connect to groups that wouldn’t traditionally view art. Galleries want to hand ownership of these institutions to the public.

He notes that in the past, only about one-in-three Ontarians went to galleries during the course of a year. “People talked a different language and dressed up in fancy clothes,” says Killeen of an atmosphere that could alienate the uninitiated. “[Many people] didn’t like the blank white spaces [and] didn’t know what to do in there.”

A Frank Gehry-designed renovation of the AGO signalled the most visible shift to a more user-friendly art scene. The $276-million transformation created new spaces, a more open environment and heralded a wave of blockbuster shows designed to appeal to a wider audience, among them the treasures of King Tut, a retrospective of contemporary-art superstar Ai Weiwei and an exhibition celebrating David Bowie. 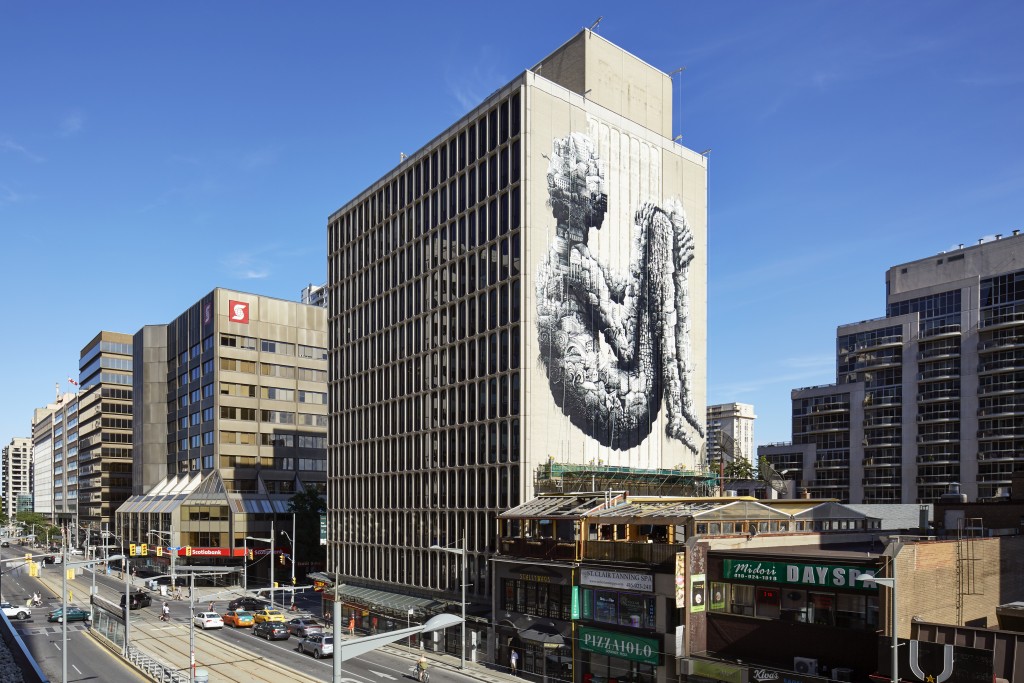 Galleries and programmers are also taking art outside of traditional spaces. The Scotiabank CONTACT Photography Festival is held each May, and features some 1,500 famous, emerging and unknown artists in 200 exhibitions. But it also holds nearly two-dozen public installations throughout the year at sites across the city, including subway stations, billboards and on the sides of office buildings.

It’s all part of a movement to bring art to the streets. Five years ago, the City of Toronto established StreetARToronto (StART) to promote graffiti and street artists, and the city is rapidly becoming a global destination for urban art. This summer, two major new works–an eight-storey mural by English artist Phlegm and portraits by Toronto’s Troy Lovegates (aka OTHER) and Labrona at Underpass Park in the West Don Lands–were unveiled.

“The Phlegm mural was a huge breakthrough for us,” says Lilie Zendel, Director of StART. “It was the level of the quality of the work, the location, the scale. Size really does matter.”

Graffiti Alley, a 400 metre-long stretch south of Queen Street West that runs between Spadina Avenue and Portland Street, is one of the most Instagrammed spots in the city and often the first stop for street art aficionados visiting Toronto (see the Instatour). The lane features a who’s who of local taggers and graffiti artists, including Deadboy, Poser, Spud, Fdoe and THINGS.

In September, StART released an hour-long audio guide called Passing Through that takes listeners from Union Station to St. Lawrence Market for a tour of street art and design.

“I think we’re living in a golden age for urban artists,” adds Zendel. “With the City of Toronto now permitting and even encouraging street art, a once illicit form practised under the cover of dark is now a full-blown phenomenon celebrated in all neighbourhoods across the city.”