As the Arctic Ocean melts, the fishing talks begin 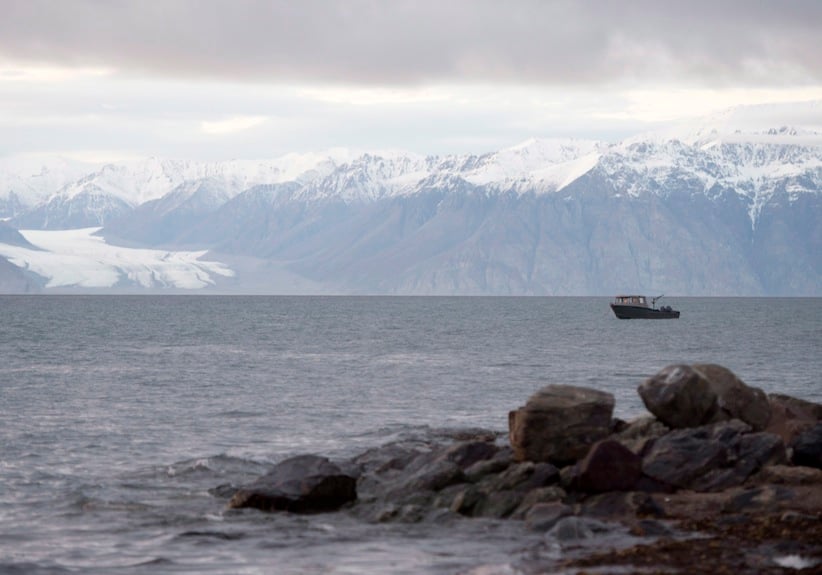 Fishing in the central Arctic Ocean 20 years ago? Impossible. Fishing in the central Arctic Ocean now? Definitely possible, thanks to climate change. But if a meeting up in Iqaluit, Nunavut, goes according to plan, there won’t be any nets or rods in the icy waters until more research has been conducted. Starting Wednesday, delegations from 10 nations, including the five Arctic coastal states—Canada, Denmark (Greenland), Russia, Norway and the U.S.—are meeting to discuss the future of commercial fishing in the increasingly available international Arctic waters.

Trevor Taylor, the fisheries conservation director for the PEW Charitable Trusts’ Oceans North Canada, is attending the three-day meeting and says that talks are going well so far. He spoke to Maclean’s about why coming to an agreement is important at this point in time, and what we can expect when one is reached.

Q: Why are these 10 nations meeting this week?

A: I guess to go back in time, historically, for as long as humankind can remember, the central Arctic Ocean has been permanently covered in ice. Therefore there’s been no ability for anybody to go in there and fish in any significant kind of way, unlike the situation in pretty well all of the rest of the oceans, including the southern ocean around Antarctica. Everybody has been, over the course of the past hundreds of years, and in some cases thousands, been able to go into these oceans and fish.

The central Arctic Ocean hasn’t afforded anybody that opportunity because it’s been covered with ice. And over the course of the last two decades in particular, ice cover has been receding and over the course of the last decades, more specifically, up to 40 per cent of the central Arctic Ocean, the international waters outside of the exclusive economic zones of the five coastal states, has been open water at the peak of the summer season. And that basically opens up a huge area where fishing fleets could, if they so desired, go in and explore for fishery resources, and if they found it, set up a fishery. The opportunity is becoming available.

Q: How is this meeting this year different from the meeting last summer?

A: Last summer’s meeting was a meeting of the five Arctic Coastal states. That would be Russia, Norway, Denmark on behalf of Greenland, Canada, and the U.S.A. Those five have exclusive economic zones that ring the Arctic Ocean. They felt that there was a need to start to develop a consensus that unregulated fishing in the central Arctic Ocean should be prohibited, not just because of the impact on the central Arctic Ocean, but because some of these stocks, to the extent that they exist, could be transboundary stocks, could be migratory stocks, they could be straddling stocks that might have an impact on coastal communities and Indigenous communities.  They agreed—it was a non-binding agreement—that they would not allow any of their fishing fleets to go into the international waters of the central Arctic Ocean to fish in advance of science being done, a management body established, and appropriate regulatory regime being put in place.

This one builds on that. So the five Arctic coastal states recognized that an international agreement needs more than the five Arctic coastal states, it needs the broader international community to be a party to the agreement and they recognize that the first place that they should go is to talk to the nations who have major fishing fleets. That would be Korea, China, Japan, the European Union, and Iceland. All those nations have huge fleets that travel around the world and would be probably some of the ones that would be most capable of going into the central Arctic Ocean given their past experience with international high seas fishing. And some of those as well, most of those, have a very significant interest in Arctic research and collaboration with Arctic coastal states.

Q: How likely is it that an agreement will be reached between the 10 nations?

To use an overstated analogy, it’s easier to keep the horse in the barn than catch it after it gets out. It’s easier to find an agreement on something that you haven’t had a dispute over. Right now, nobody is fishing there, so there’s nobody who can claim a historical attachment to any fishery resources in the central Arctic Ocean. Nobody has gone and overfished. It’s a level playing field right now. And that, I suspect, would make it easier to find an agreement. After fishing takes place, of course, then you get into a discussion not just about conservation and proper management, but of how shares get established. Who owns how much of the fish that is there or that might be there? But the discussion now is very much around: How do you make sure that overfishing doesn’t take place? How do you make sure the proper science is conducted? How do you make sure that the ecosystem has what it needs to support itself before you take out a portion of the fish that are further down the food chain? It allows for a discussion that is more about sustainability and proper management, than it is about how big your share of the catch should be.

Q: How do Inuit rights fit into this discussion?

A: Certainly from a Canadian perspective they do. Not to speak for the Government of Canada, but the government has a duty to consult, they have the constitutional obligation to consider the views of Inuit as relates to marine resources in waters adjacent to their land claim. So it factors heavily into the Canadian delegation’s participation, I would suggest. Certainly, the Canadian delegation has Inuit representation as part of it. The Inuit Circumpolar Commission has a representative to the Canadian delegation. The rest of the countries, I can’t speak for. I do know the statements that have come out of these various discussions have recognized that Indigenous rights and views and traditional knowledge need to be considered in this matter.

This interview was condensed and edited for clarity.