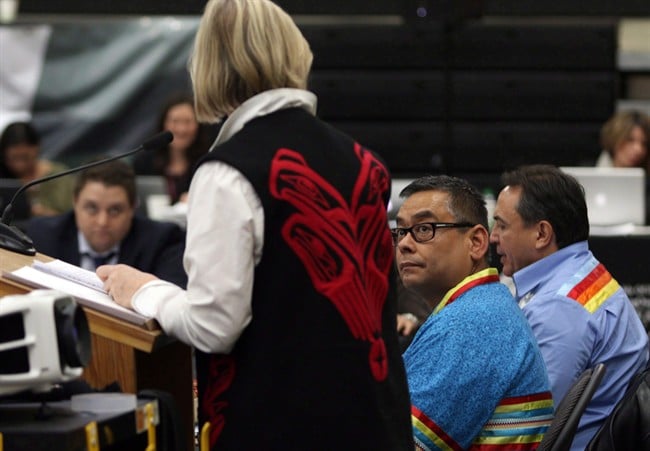 GATINEAU, Que. – The B.C. regional chief for the Assembly of First Nations has resigned as head of the assembly’s missing and murdered women portfolio after posting a picture with sexual undertones on social media.

Shane Gottfriedson has told a special meeting of chiefs that the post—a picture of his legs with an emoji in his groin area—was not his finest moment.

Bellegarde hugged Gottfriedson after he apologized to the meeting.

The organization has yet to indicate who will replace Gottfriedson in the portfolio.

Hearings are expected to begin early next year to examine the issue of missing and murdered Indigenous women.