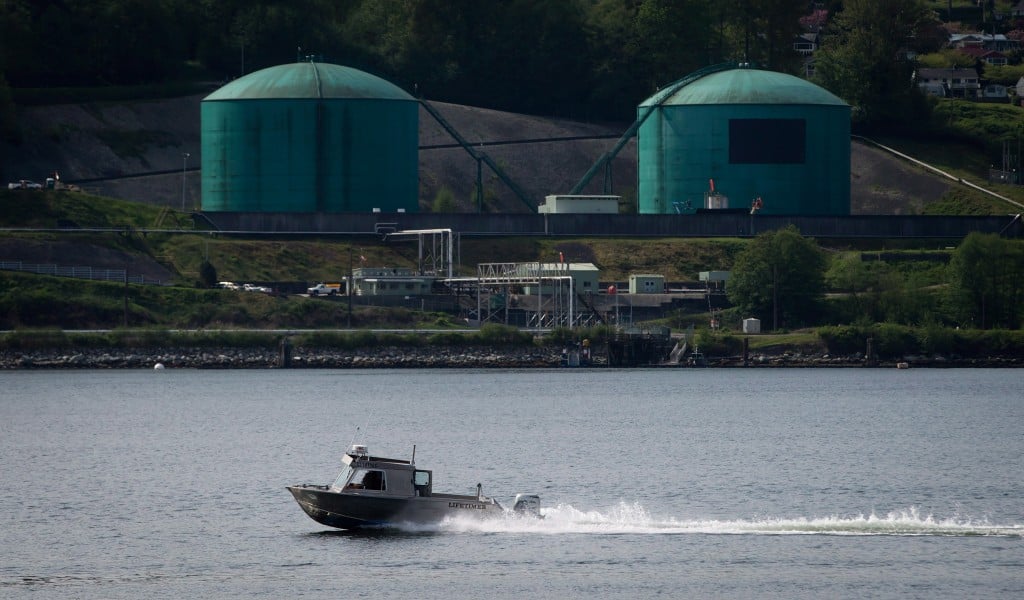 VANCOUVER — A suburban city near Vancouver has filed a civil lawsuit targeting Kinder Morgan’s controversial Trans Mountain pipeline, alleging the company caused “irreparable harm” to a sensitive conservation area when workers cut down trees along the route of a proposed expansion.

The City of Burnaby filed a notice with B.C. Supreme Court asking for an injunction to prevent Kinder Morgan from felling trees on Burnaby Mountain, as well as a judgment overturning a National Energy Board ruling that said the work could proceed.

The lawsuit is the latest development in an escalating fight between the city, the company and the National Energy Board over both the pipeline and the jurisdiction of the national energy regulator to determine its route.

Kinder Morgan is proposing a $5.4-billion project to triple the capacity of its Trans Mountain pipeline, which currently carries bitumen and other oil products to a terminal in Burnaby from Alberta.

The City of Burnaby has repeatedly said it opposes the expansion, and it recently attempted to block survey work on Burnaby Mountain. The company’s preferred route would tunnel through the mountain, which is home to a conservation park and Simon Fraser University.

The city alleges the company violated municipal bylaws that protect trees and parkland and it wants the court to permanently bar the company from continuing such work.

“This constitutes irreparable harm to the Burnaby Mountain Conservation Area,” the city says in court documents, which were filed Monday.

“No award of damages or restoration will be able to compensate for the visual and ecological impact to this area, which was specifically set aside for parkland in the public interest because of its unique value to Burnaby residents.”

The city’s court documents say workers toppled 13 trees, though the company maintains only seven trees were cut down.

The National Energy Board ruled last month that Kinder Morgan doesn’t need the city’s permission to access Burnaby Mountain, and the company used that ruling to begin survey work on Sept. 2.

City staff visited the site and accused workers of violating local bylaws. The court documents say the confrontation escalated, with city staff physically protecting trees by standing in front of them and calling in the RCMP.

The company hasn’t conducted work at the site since Sept. 3. Instead, it has asked the National Energy Board for another order confirming its right to conduct work on Burnaby Mountain.

The city argues the National Energy Board decision has no effect on municipal bylaws.

“The plaintiff contends (the National Energy Board ruling) did not have the constitutional effect of providing an exemption from Burnaby’s bylaws,” the documents say.

Burnaby Mayor Derek Corrigan did not return a call seeking comment, but said in a news release that the city will do everything it can to ensure Kinder Morgan does not return.

Company spokeswoman Ali Hounsell said the work was conducted with the approval of the National Energy Board.

“This is planned work, necessary, authorized work,” Hounsell said in an interview.

“We’re committed to ensuring the work is done with the least impact possible and to fully restore any areas we disturb.”

Hounsell said work won’t resume on Burnaby Mountain until the National Energy Board rules on its most recent application.

“We believe we’re within our rights to undertake this work, but second to that, there is a federal process already under way, so it’s disappointing the city has chosen to pursue a second route at B.C. Supreme Court rather than waiting for due process to unfold,” she said.

A spokeswoman for the National Energy Board confirmed the agency had received the city’s court filings, but said it was too early to comment.

The board plans to begin oral hearings examining the Trans Mountain expansion in July next year, with its final report to cabinet due in January 2016.