B.C. man 'lucky to be alive' after grizzly attack by mother bear

"She moved like a prize fighter boxer. She ducked her head to the side and I missed," Jordan Carbery said of the bear that attacked him outside his home. 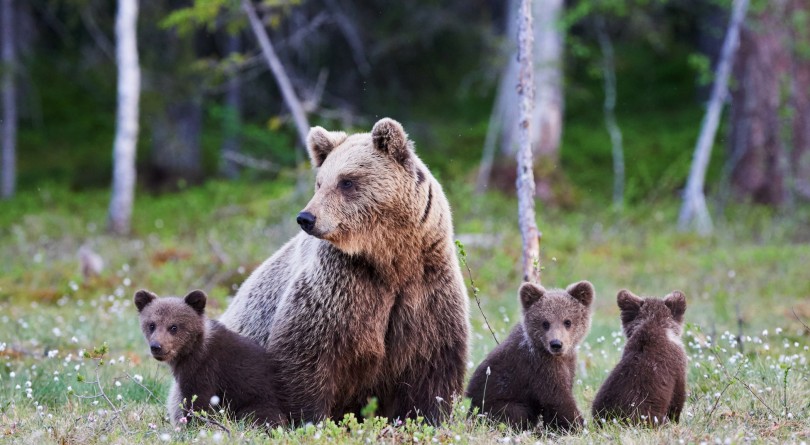 VANCOUVER—A park ranger is grateful to be alive after a terrifying grizzly bear attack outside his home in Bella Coola, B.C.

Jordan Carbery said he arrived home last Monday night and saw some bears in his headlights as he pulled into the driveway. His vehicle scared them off, and he didn’t think anything more of it.

The next morning, he woke up at 5 a.m. and saw something moving outside his house. Carbery, a lifelong bear lover who often posts photos of the animals to social media, grabbed his phone and went outside to investigate.

He said he saw some grizzlies in a cherry tree. At first, he didn’t realize they were cubs, until a branch broke and one of the young bears crashed to the ground. Out of the corner of his eye, he saw the mother bear charging toward him.

“She had her eyes locked on me and she was coming for me,” recalled the 50-year-old from his hospital bed in Vancouver on Sunday.

“I instantly turned and tried to get back to the house. I was only 40 feet out of the house. All of a sudden I just got tackled from behind and sent flying,” he said.

The grizzly wrapped her jaws around his head and picked him up with her mouth. His scalp ripped and he fell to the ground, so she picked him up again by the thigh and right buttock, he said.

Carbery said the bear picked him up and dropped him a few more times before he found himself lying on his side. He had just gone through defensive training as a park ranger, which taught him to keep his feet between himself and his attacker and try to kick them away.

He started kicking the bear in the face as hard as he could, he said, before he managed to push himself up and try to swing at her with his fist.

“She moved like a prize fighter boxer. She ducked her head to the side and I missed,” he said.

“I tried to hit her again and she moved the other way, a quick sudden move—that was the thing that gave me a little bit of space.”

That bit of distance allowed him to run back into the house. He had a torn scalp, a chest laceration, deep puncture wounds in his buttocks and leg and a wide gash across his abdomen, and he bled profusely as he scrambled to find his car keys.

Carbery had dropped his phone in the melee and, regardless, has no cell service at the home he rents in Bella Coola. He also has no landline, and had no choice but to drive himself to the hospital.

The bear charged at him one last time as he staggered to his vehicle, but Carbery made it behind the wheel and spent the 10-minute drive trying to stop himself from passing out.

It was so early in the morning that he said he had to buzz the front door of the hospital several times before a nurse appeared—stunned at the sight of the man with blood gushing from his head and abdomen.

He was transferred later that morning to Vancouver General Hospital, where he underwent surgery for an umbilical hernia and continues to recover from his injuries. He said he hopes to be discharged back to Bella Coola in a few days.

“I’m so lucky to be alive. My injuries are so minimal compared to what they could have been,” he said.

The Environment Ministry did not immediately respond to a request for comment from The Canadian Press, but the ministry told Global News the bear would not be destroyed because she was defending her cubs.

Carbery stressed that he does not blame the grizzly.

“I was so relieved that they weren’t going to destroy the bears,” he said.

“It was me dropping my guard in grizzly country, which you can never do. I did it because I was so close to my house. I learned a big lesson.”