B.C. must face its scandalous ways—wood-splitter and all

David Moscrop: Either the Speaker has misinterpreted everything and caused a needless embarrassment (unlikely) or this is a house in need of deep, structural change 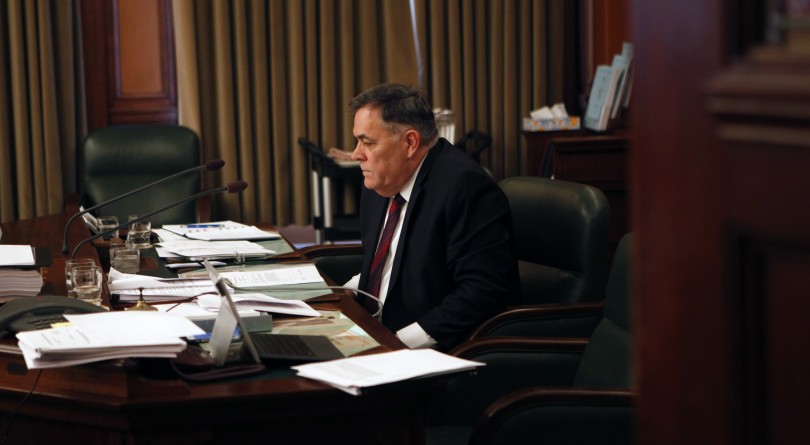 British Columbia is home to a history of scandals and boondoggles that would make the Borgias blush: raids of the legislature, “fast” ferries that hardly ever sailed, a plan to target ethnic communities that mixed partisan politics with the public service, money laundered through casinos, and far more. It’s a cliché to call the province the “wild west,” but it’s a cliché for good reason. It is the Wild West, with an emphasis on wild.

On Monday, the Speaker of the House, Darryl Plecas, released a report detailing alleged misspending by two legislature officials—Sergeant-at-Arms Gary Lenz and Clerk of the House Craig James. The 76-page report includes details of personal spending billed to the taxpayer, including overseas junkets with a $1,200 suit to match and a $3,200 wood-splitter (split that wood in style!). And those are just the amuse bouche. According to Plecas’s careful documentation, other abuses include double-billing for vacation time, Fridays off, $5,000 in magazine subscriptions, and a healthy (or unhealthy) amount of alcohol that vanished from the legislature in the bed of James’s pickup truck. The report also notes cases of possible “retributive or otherwise unjustified” termination. James and Lenz, who say they had not seen the report prior to its release, say the allegations are “completely false and untrue.”

In the realm of logic and reasoning, a statement cannot be both true and untrue. Assuming logic and reasoning apply to politics in B.C., admittedly a bit of a leap, someone is wrong about whether the spending and human resource practices of James and Lenz are in violation of…something? There’s the twist. The RCMP, who are investigating, have not deemed the matter criminal—although more allegations are expected—and it’s possible that some, much or even all of what the report reveals is consistent with—or not explicitly proscribed by—the rules of the legislative assembly.

The warped thing, well, one of the warped things, about this whole mess is that the damage is already done and it can’t be undone, regardless of whether this turns out to be a criminal matter or a violation of the legislature’s rules. Of course, it matters whether the allegations are true, whether they are criminal, or whether the rules of the legislature were officially violated. But in any case, the whole mess has already made politics in B.C., in rough shape as a rule, worse. Whatever the ultimate case may be, the accusations and the details of the report will undermine trust in the assembly and its staff. Voters will sink deeper into cynicism. Political operatives will mobilize to use the affair for electoral gain. Citizens and residents will lump everyone in public life together as crooked cheats who are merely in it to win it—the cash and the perks, that is. Never mind that most of those who enter politics or the public service do so for reasons that have nothing to do with personal enrichment. The standards of personal conduct in public life are higher than most, so violations of the rules or perceived violations of the rules do immediate, significant, and lasting damage. And there’s plenty of that here.

When writing about ethics in politics, I often use the example of Robert Bolt’s play A Man for All Seasons. Specifically, I call upon the scene where King Henry VIII is pressing Sir Thomas More to publicly endorse his divorce from Catherine of Aragon. Nearly everyone backs Henry, so More wonders why the king should care about his humble opinion: “Because you’re honest,” says Henry, “and what’s more to the purpose, you’re known to be honest.”

In political life, being honest, and being known to be honest, being known to be above-board and beyond reproach, is essential. When the public trust is violated, the damage cascades, it moves out beyond the centre, the place of its origin, and touches far-flung places. That’s why it’s important for everyone to play by the rules—and, ideally, to aim even higher, slightly above the rules. And, certainly, never below them. In the latest B.C. scandal, it looks like plenty of folks aimed well below the mark.

The current fiasco in the legislature stretches back months and years (raising the critical question: Why are we just learning about it now and how were the shenanigans permitted to go on for so long?), and so the digging that will follow as more information is collected and shared publicly will include months and years of dirty details. For the good of the province, officials must now clear the decks—release everything they possibly can, as soon as they possibly can. Punishments, if guilt is proven, should be swift and severe. At the same time, the legislative assembly ought to review its own rules and protocols and introduce more rigorous mechanisms for accountability to prevent anything like this ever happening again. (Plecas offers a two-page path forward at the end of his report; when the scandal-gawking is over, it might serve as a starting point.)

RELATED: The battle to clean up B.C.

None of these measures will fix what has happened—even if justice is served, distrust and cynicism will remain—but a thorough and open investigation followed by changes in how the legislature does business can limit the damage that might come, and prevent, or at least limit, any further undermining of public trust in B.C.’s battered political institutions.

There is no “good” end to this mess. Either rules were breached or they were not. If they were, then officials have misbehaved very, very badly. If they were not, then either the Speaker and his office have invented or misinterpreted what they’ve seen and launched an embarrassing public spectacle (extremely unlikely), or the rules are woefully inadequate—lax and disrespectful of the public purse and those who fill it with their tax dollars. There is, however, a better or worse end depending on the lessons officials learn. Better entails structural changes, whatever may come from the investigation. So let’s hope for better. The people of B.C. deserve the better option and they ought to demand it.