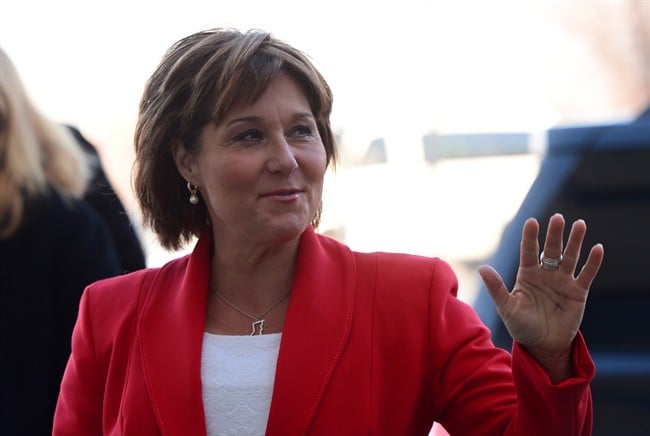 SURREY, B.C. – British Columbia wants to help first-time homebuyers scrape together more money for their down payments with five-year interest-free and payment-free loans, but critics say the plan could increase home prices.

Premier Christy Clark said Thursday the government will provide 25-year loans for down payments to a maximum of $37,500 on funds matched by buyers.

The program that starts next month applies to homes with a maximum value of $750,000 and the interest-free portion of the loan will last for the first five years, with the repayment schedule at current interest rates over the remaining 20 years.

“A home is a place where you live and raise your family and start your life,” Clark said of the three-year program that aims to help buyers enter a hot market.

The plan will be paid for by property-transfer tax revenues, a 15-per-cent foreign homebuyers’ tax and a luxury tax on homes priced at over $2 million, Clark said. B.C. is forecasting a budget surplus of more than $2 billion, due largely to property revenues.

Applicants must be pre-approved for an insured high-ratio mortgage for at least 80 per cent of the home’s purchase price.

New Democrat housing critic David Eby said first-time homebuyers would be saddled with more debt when the government should be building affordable housing on provincial land.

“We really think the government should be looking at protecting the interests of first-time homebuyers so they don’t have to take on so much debt to get into the housing market because they are already swimming in debt,” he said. “It’s bizarre to me they are going the other way and the only explanation I can think of is they want to reward their donors.”

Prof. Tsur Somerville, at the University of British Columbia’s Sauder School of Business, said the program could result in increased home prices if demand rises but the supply of properties remains low in Metro Vancouver.

Clark said she does not believe providing interest-free and payment-free loans will drive up prices.

“Our analysis tells us that it won’t because everybody who is going to be eligible for this program will have to have been accepted for a mortgage already.”

MORE: The gift and curse of Canada’s housing bubble

Somerville said he would prefer a plan that helps renters buy their first home.

“I want government to help low-income renters more than I want it to help people who might be able to purchase,” he said.

The government provided an example of the loan program on a $750,000 home where the buyer has accumulated $52,500 for a down payment.

A B.C. Housing Ministry document estimated the program will save the homebuyer $5,201 in interest payments over the first five years of the mortgage, at an estimate of three per cent.

The program is open to Canadian citizens or permanent residents of five years who have lived in B.C. for at least a year. Applicants must have a combined gross household income of $150,000 or less.