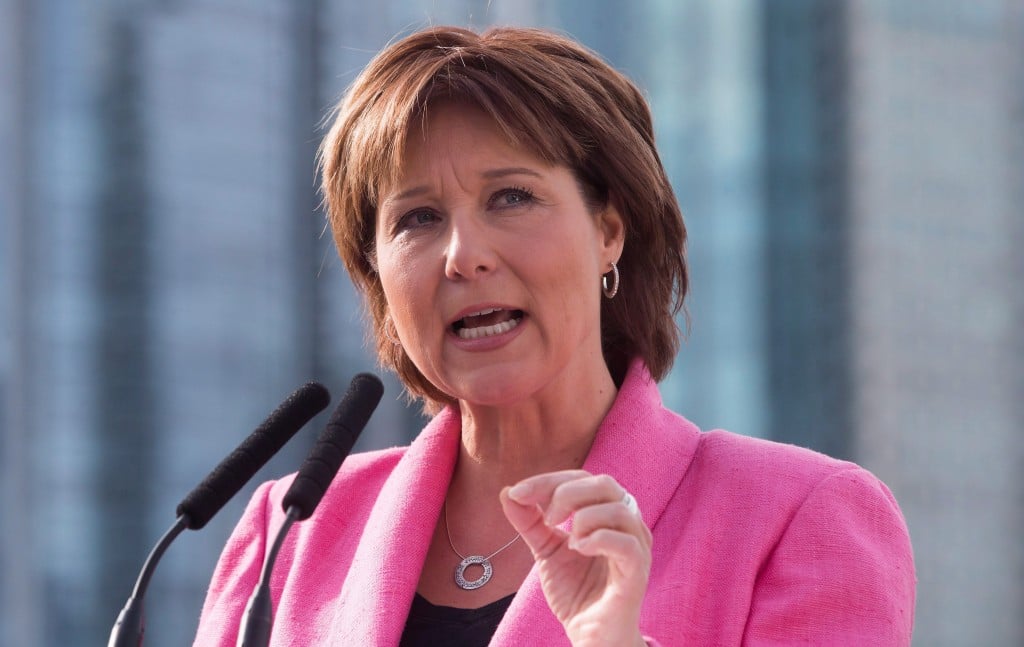 Clark said B.C.’s political funding rules – which have no limits on contributions but set party and candidate spending limits during elections – are sufficient. But she did say she favours more real-time financial reporting as opposed to annual reports.

“In B.C. we have limits on how much we can spend on election campaigns,” she said at a news conference. “We have full disclosure on what people donate. But I’m asking the chief electoral officer to try and make it closer to real time rather than having the reports come out once a year.”

Clark said she has appeared at private party fundraising dinners, but didn’t elaborate on reports that people pay thousands of dollars to attend the events. She said the party arranges the meetings and she’s not aware of the admission fee.

“I don’t play a part in how much the events cost,” said Clark. “I couldn’t confirm for you which event costs how much.”

She said she represents all British Columbians, which also includes people who did not vote for her or did not vote.

“I don’t walk into an event and says, ‘how much did people pay to get here,”’ she said. “When I meet with people I’m interested in meeting with people, and most of the events I attend no one has to pay a penny to get in.”

Horgan said his bill marks the fifth time Opposition groups proposing to reform financial reporting have been stalled by the government.

“British Columbia is the Wild West of political finance rules,” she said.

Horgan did not deny the New Democrats employ fundraising tactics similar to the Liberals, but added that more than 80 per cent of NDP donations are from individuals while corporate donors make up more than 60 per cent of Liberal donors.

Horgan said he holds private fundraising dinners and won’t stop until the rules are changed.

“I’m not going to unilaterally disarm,” he said. “It would be irresponsible of me to do that. I get calls from little old ladies who say, ‘You keep sending me emails, John, is it really that dire?’ and I say, ‘Yes, if you could send another five bucks that would be great.”’