Polygamy charges approved in B.C. for four in Bountiful commune 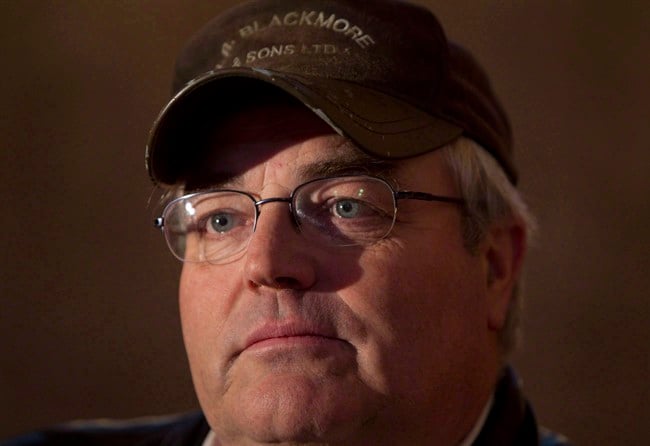 Winston Blackmore speaks to the media from the isolated religious commune of Bountiful, B.C. Wednesday, Nov. 23, 2011. A special prosecutor has approved polygamy charges against the two leaders of an isolated religious sect in southeastern B.C. (Jonathan Hayward/The Canadian Press)

CRANBROOK, B.C. – A special prosecutor has approved polygamy charges against the two leaders of an isolated religious sect in southeastern British Columbia.

The B.C. Criminal Justice Branch says Winston Blackmore and James Oler are each charged with polygamy, while Oler is also charged with unlawfully removing a child from Canada.

Blackmore and Oler are leaders of separate sects in the religious commune known as Bountiful, where residents follow a fundamentalist form of Mormonism that still holds polygamy as a tenet of the faith.

Two other people, Brandon Blackmore and Emily Crossfield, also face charges alleging the removal of a child from Canada.

In 2009, polygamy charges against Blackmore and Oler were thrown out over how the province chose a special prosecutor, prompting the government to launch a constitutional reference case that eventually upheld the anti-polygamy law.

Peter Wilson was appointed as a special prosecutor in January 2012 to reconsider whether charges should be laid, and he’ll be overseeing the case for the Crown.

The Criminal Justice Branch said that in approving the polygamy charges, Wilson considered evidence previously collected by police and new evidence that had been gathered.

The polygamy charges approved against Winston Blackmore and Oler are similar to the charges both men faced in 2009, the branch said.

The branch said Wilson declined to approve other criminal charges, such as alleged offences of sexual exploitation, after determining that the standard for approving those charges hadn’t been met.

The charges were sworn Wednesday morning in a Cranbrook, B.C. court. First appearances for the four accused are set for Oct. 9 in Creston provincial court.