‘Maybe we should stay here’

In the latter half of her life, Baljit Sethi has been named a citizen of the year, earned a Governor General’s Award and received a lifetime achievement award from the Canadian government for her volunteer work with newcomers. But if you ask her which of her many accolades sticks out most, she’ll tell you about a humble party the Vietnamese-Canadian community in Prince George, B.C., once threw. They gave her an award and said, “We don’t know what to call you, so we call you Mom. The way you’ve treated us, only a mother can.”

FROM THE ARCHIVES: In 1980, Maclean’s reported on how the “boat people” from Asia were adjusting to life in Canada

It’s a role Baljit has been playing for more than a half century. After her mother’s death, she assumed a maternal role as the eldest of a handful of siblings in what is now Pakistan and India, caring for the kids while their father, a police officer, worked. His life, like those of many others, was uprooted by the Indian partition of 1947. “He was shaken,” she says. “All he made, he lost because of partition.”

Baljit dreamed of a career in medicine—“I always loved to serve people”—but her family directed her into teaching. As she earned a bachelor’s degree in education and a pair of master’s degrees in languages and fine arts, she juggled a variety of artistic passions: acting in plays, playing music in competitions, singing and reading her short stories on the radio, exhibiting her landscape paintings in galleries. “I had so many passions, I didn’t know which way to go.” In the end, she managed to fit in a little bit of everything: teaching literature at a college in India, organizing its music program and painting on the side.

In 1972, Baljit and her husband—the principal of that same college—visited their nephew in Prince George, B.C. “I can never forget coming out of the airport,” she says. “I looked around. It was so open with the mountains, and I loved it.” She told her husband, “Maybe we should stay here.” Six months later, they were Canadian residents.

In the process, however, Baljit lost her ability to teach; the government wouldn’t recognize her education and on-the-job experience. As she took substitute jobs, she began volunteering with an immigrants’ association. Like her, many newcomers couldn’t find work because their credentials didn’t count in Canada. “They needed guidance and they needed help,” she says. “I could give them a friendly shoulder to lean on.” 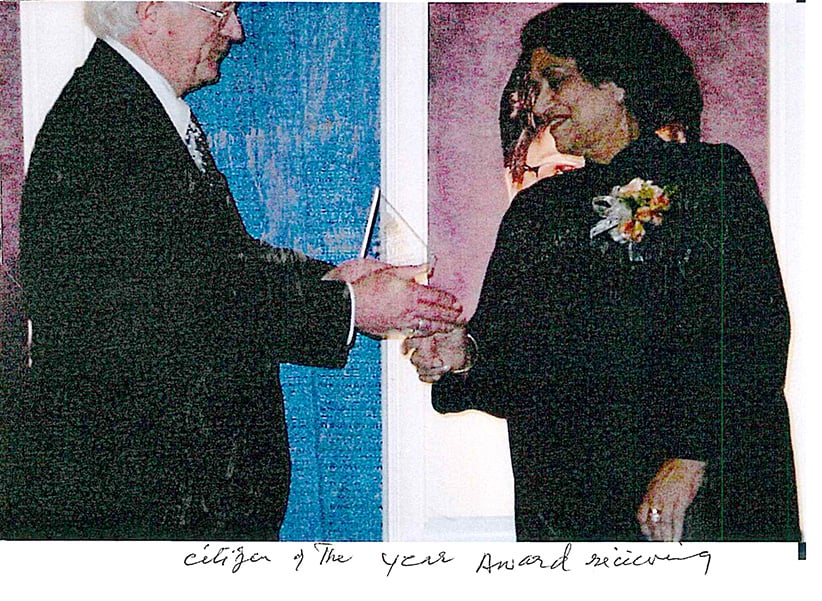 And she did, on an ever-increasing scale. Just after Baljit founded the Immigrant and Multicultural Services Society of Prince George in 1976, waves of refugees and so-called boat people arrived from Vietnam, Cambodia and other parts of southeast Asia. With a dedicated team of volunteers, she received them and helped them with everyday tasks: shopping, paperwork, finances, school and social activities. “It became my mission,” she explains. “I used to go to the airport to receive them. They didn’t know a soul in Prince George.”

Baljit, who is still the society’s executive director at 82, has two biological children but has always tried to make newcomers feel like they’re her own. “I could get home at 11 o’clock or meet people at midnight at the airport,” she says. “Whatever has to be done has to be done. I never counted the hours.” Moms never do. — Luc Rinaldi