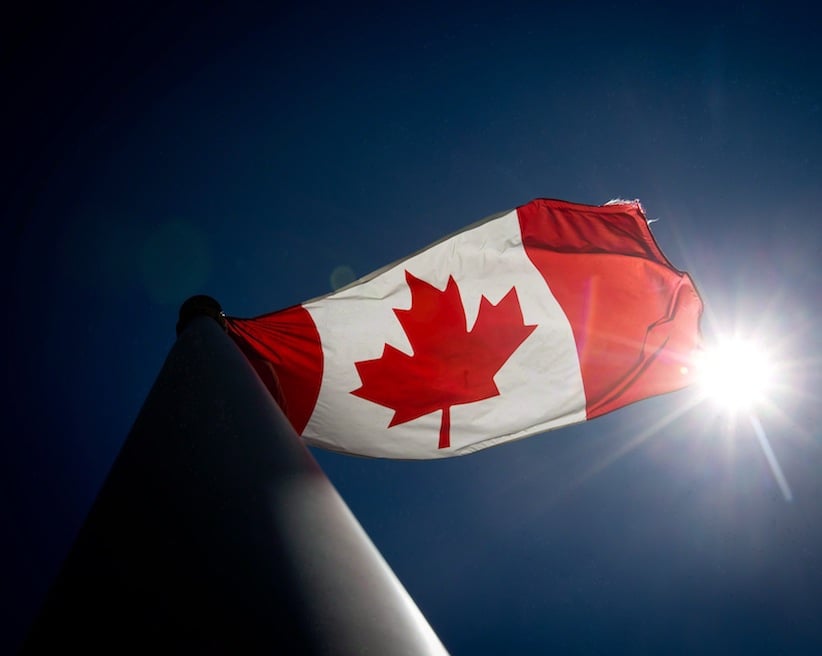 A Canadian flag flies in the wind at Granville Island in Vancouver, B.C..  THE CANADIAN PRESS/Darryl Dyck

BRUSSELS — A landmark free trade agreement between the European Union and Canada could be signed within days after the Belgian government overcame an impasse with its regional authorities on Thursday.

Belgian Prime Minister Charles Michel said his government had reached a deal with the holdout region of Wallonia. The region held a veto over the country’s ability to back the trans-Atlantic agreement. And the EU, in turn, needed unanimity among all its members.

The deal will go through regional legislatures by Friday night and have to be vetted again by the other 27 EU states.

That means it’s effectively impossible to sign the deal in Brussels with Canadian Prime Minister Justin Trudeau on Thursday, as had been scheduled for weeks.

Still, even getting an agreement was a huge relief for EU leaders, who had started negotiating the pact with Canada seven years ago and were embarrassed by the last-minute stumble.

“This is good news,” said Michel, adding that the new text of the deal provides guarantees for farmers and on a corporate dispute settlement system that “will allow us to sign the deal.”

“This is a positive development, but there is still work to do,” Alex Lawrence, a spokesman for Canadian International Trade Minister Chrystia Freeland, said in an email.

“Canada has done its job. We negotiated a progressive agreement that will create jobs and growth for the middle class. Canada remains ready to sign this important agreement when Europe is ready.”

Tusk said he would contact Trudeau “only once all procedures are finalized” for the European Union to sign the Comprehensive Economic and Trade Agreement, also known as CETA.

Politicians in Wallonia, which has a population of 3.6 million compared with over 500 million for the whole EU, argue that the proposed accord would undermine labour, environment and consumer standards.

“We always fought for treaties that reinforced the social and environmental standards, protect the public services and that there is no private arbitration” in dispute settlements, he said. “All this is achieved as of now.

“I am sorry for all the other Europeans we made wait and for our Canadian partners. But if we took a bit of time, what we achieved here is important, not only for Wallonia but for all Europeans.”

Proponents say it would yield billions in added trade through customs and tariff cuts and other measures to lower barriers to commerce. At the same time, the EU says it will keep in place the region’s strong safeguards on social, environmental and labour issues.

Magnette said Wallonia’s insistence on a better deal would bolster EU standards and set a precedent for other trade talks between Europe and trading partners like the United States or Japan.