John Baird: 'The definitive face of the Harper era'

Maclean's archives: Aaron Wherry's profile of Baird from 2010 when the minister was voted by his peers to be Parliamentarian of the Year 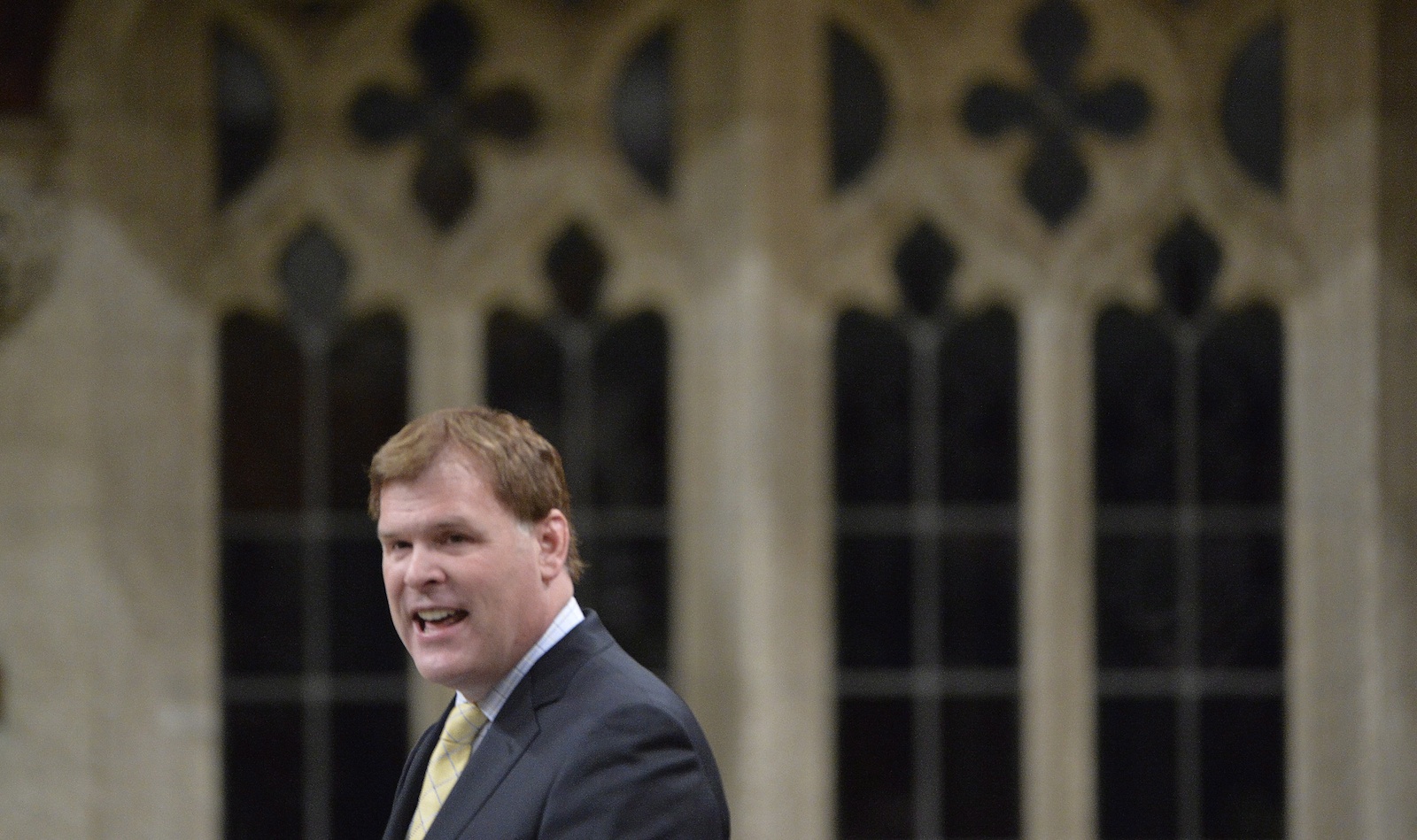 Update, Feb. 2, 2015: News tonight from the CBC that Foreign Minister John Baird is poised to announce he won’t run again. From the Maclean’s archives, here’s a piece from 2010 when Baird was voted by his peers to be Parliamentarian of the Year.

On a sweltering morning one week ago, the standing committee on access to information, privacy and ethics convened in Parliament’s West Block to hear the testimony of Dimitri Soudas, the Prime Minister’s director of communications. Only the government, in a new test of parliamentary democracy, had decided it would no longer allow its staff to appear at such hearings. And so, in Soudas’s place, the Prime Minister’s Office sent John Baird.What followed was a great tempest. But while opposition members fumed—“This in my view is a subversion of Canadians,” snapped Liberal MP Wayne Easter—there were caveats for Baird. The Bloc’s Carole Freeman lamented that he was not who the committee had asked for, but welcomed Baird personally: “I’ve got nothing against Mr. Baird attending the committee. I even find it charming.” That adjective was then seconded by the NDP’s Bill Siksay. “I think,” offered Conservative Pierre Poilievre at one point, “we could probably pass a motion to that effect if it were so moved.”

Be it so moved then that John Baird is a charming fellow. That the public visage of question period—mouth open, brow furrowed, eyes blazing—is not merely Stephen Harper’s most aggressive lieutenant. That it is time for a more fulsome appreciation of what Baird does for a living. That, with an all-party vote of his colleagues confirming his stature, he is simply better at this than anyone else. “He is an enigma of sorts,” says the NDP’s Paul Dewar.

He is also a geek of sorts. He fell for this stuff as a teenager and was elected to the Ontario legislature at 26. At 41, his office walls are cluttered with pictures of Ronald Reagan, Margaret Thatcher and John Diefenbaker.

Aside from the Prime Minister’s own, Baird’s is perhaps the definitive face of the Harper era. He was the minister charged with marshalling the Accountability Act, the signature promise of the new government, into existence. When the environment threatened to become the government’s greatest weakness, he was the one sent to chase off the critics. When the recession became unavoidable, he was assigned to oversee the billions in federal stimulus. When Laureen Harper needs a date to a gala, it’s Baird who escorts her. And when Harper is absent, or a minister is imperilled, it is Baird who stands during question period to lead the response.

He is the man once parodied by This Hour Has 22 Minutes as an unruly dog in need of training. “He is the best at avoiding questions,” observes Liberal MP Martha Hall Findlay, not entirely complimentary. But he is also the man kibitzing with every colleague and acquaintance he comes across as he strolls the halls of Centre Block—one ideological foe calls him a “sweetheart”—and the minister widely recognized for his ability to reach across the aisle. “I do find it funny when people just assume that if I’m in a restaurant that I’m going to walk up to them and start yelling and screaming at them,” Baird says.

He is gifted with a politician’s memory—that ability to instantly recall the connections of names, faces and events. In conversation, he is a succession of anecdotes and jokes and kind words. He enthuses about the process of negotiation. Dewar, a fellow Ottawa-area MP who has collaborated with Baird on capital issues, calls him “pragmatic” and “straight up.” “He understands that if you’re going to move things along that you need to engage,” Dewar says. The NDP’s Denise Savoie says he’s a “model of courtesy” and attentive when she raises the concerns of her Victoria riding, maybe more so than any minister she’s ever dealt with.

“Every now and then I want to say, ‘Who is the real John Baird?’ ” says Liberal MP Rob Oliphant. “Is he that charming, boyish kind of person who is trying to win over the hearts of people? Or is he the pit bull?” The answer is both. Because both are politics. And John Baird is politics.

In 2012, Baird sat down with Paul Wells to discuss his work and reputation:

FILED UNDER: conservative John Baird Parliamentarians of the year poty2010