Bid to ban applause in B.C. legislature rejected with ovation

Vicki Huntington says clapping and back slapping take up too much time in during B.C.'s QP

VICTORIA — It was the loudest cheer of her political career. Too bad she was calling for silence.

Vicki Huntington said she could only smile as her plea to ban applause in British Columbia’s often raucous legislature was met with deafening applause and prolonged desk thumping from a chamber packed with cheering Liberals and New Democrats.

One of two Independent members, Huntington said clapping and back slapping take up too much time in the 30 minutes allotted for question periods in the legislature.

She said such antics also send the wrong message about decorum and civility to the public, especially schoolchildren on field trips as they watch politicians yelling at each other and pounding their desks.

She said she tried last month to put forward a motion for debate to ban applause during question period but it was rejected by the government and the Opposition New Democrats saying there were other pressing matters.

Huntington said she calculated the amount of time the clapping and congratulating actually takes up during question periods.

“It’s about 20 minutes a week we use in applause,” she said. “Put that together this session, it’s about three-and-a-half hours. That’s seven question periods and over 100 questions lost.”

She said there isn’t a member in the house who hasn’t heard constituents say, ‘We were just shocked by your behaviour. You’re like a bunch of children and we’d get sent to the principal’s office if we did a quarter of what you’re doing down there.’“

Related: Why do our MPs clap for each other so much?

Huntington told the legislature last week that the House of Commons in the United Kingdom banned hissing and applause 323 years ago. She said the National Assembly in Quebec banned applause from question period in 2015, and the difference in tone and civility is noticeable.

But her plea fell on deaf ears, with the Liberals and NDP endorsing cheers, heckles and claps as B.C. traditions that serve as release valves to the boisterous, partisan nature of the political culture.

He said banning applause would put a muzzle on B.C.’s politicians.

“It’s a place of very complete freedom of speech and it’s about issues that often arouse fierce and deep passions on both sides of the house,” he said. “Emotions can run high and applause is one of those ways in which you let those emotions out.”

Related: Our MPs need to stop applauding each other

Former Liberal attorney general Geoff Plant was in the chamber as a guest last week when Huntington rose to call for the applause ban.

Plant said he enjoyed the historical details in her speech and supports her call for more reasoned debate, but cutting the applause will turn the legislature into a lonely place.

“Members are human beings and they are engaged in partisan politics and I think it’s perfectly fine for them to have a chance to cheer on their team and to heckle their opponents,” Plant said.

Huntington said she appreciated the enthusiastic reaction to her call for an applause ban even if her cause appeared lost.

“They just said, ‘Vicki, you should have expected that,’ and then they went on and on and on.”

Week in pictures - May 13th 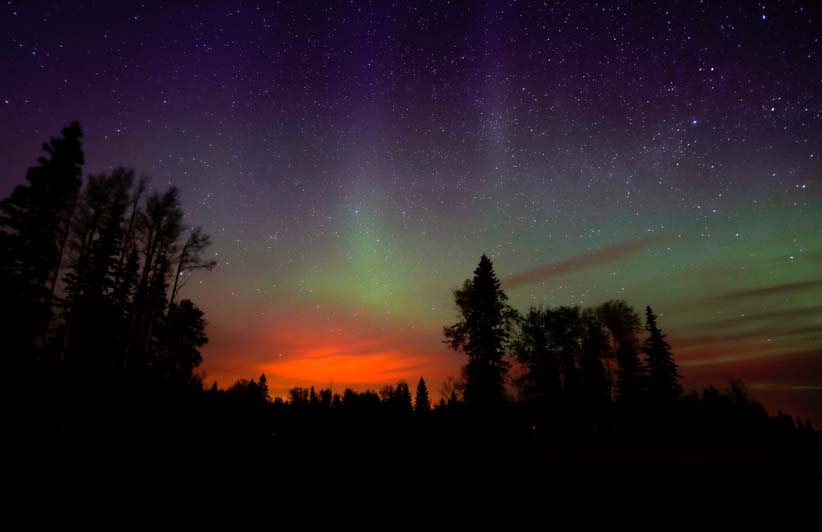 The wildfires glow underneath The Northern Lights, also known as the Aurora Borealis, near Fort McMurray, Alberta, Canada, May 7, 2016.