"Can we ignite this desire for that connection?" 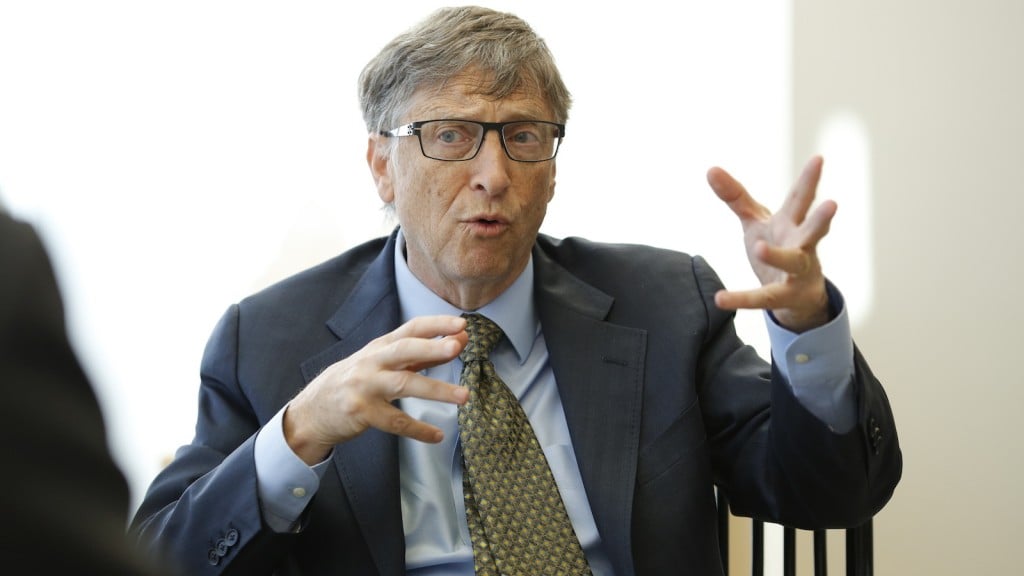 There are two big topics about which Bill Gates inarguably speaks with authority: the digital business world, where he made billions, and the international development sphere, where his foundation has spent billions over the past decade and a half.

But when Gates was in Ottawa today, for meetings on development issues with Prime Minister Stephen Harper and the leaders of the opposition parties, among others, I had a subject in mind on which I was skeptical about the U.S. billionaire’s expertise: the birth of popular movements.

Gates has suggested that 2015 might be the year when saving the lives of children in the poor parts of the world shifts from being a preoccupation of, let’s say, aid agencies and rich philanthropists and non-governmental groups, to become a truly popular cause, along the lines of the civil rights or anti-apartheid movements of decades past.

So when he sat down with Maclean’s today for an interview, I was curious about how Gates would make his argument for this being potentially a watershed year. He started by sketching the remarkable progress of the last 15 years, since the launch of the Bill and Melinda Gates Foundation, highlighting the fact that since 1990 the percentage of children who die before the age of five has been cut in half.

Yet how do you get enough people in a country like Canada interested in even that sort of progress to spark something that could be called a popular movement? Here’s what Gates said:

Well, in countries like the U.S. and Canada, where a lot of people are doing quite well, this question of, can you take your loyalty and your sense of values and go further than yourself and your family, or even beyond your region and your country, can you have, as a member of the human race, the idea that you volunteer time, or your voice, or whatever means you have to give?

You’re connecting yourself with these improvements. Eradicating polio, for example. Or making sure there’s enough food for poor children. I think that that moral vacuum where people want to be associated with more than just their own success—they want to have knowledge and a sense of progress [to which] they contributed—I think that’s pretty gigantic.

But I will admit that connecting people, because this stuff is far away, fairly complicated, sometimes the money goes through complex groups that you don’t understand if they do what they say they’re supposed to do … The question is, in a digital world where you can track things, and connect people up, and get more evidence back to them at very low cost, can we ignite this desire for that connection?

We call that our “global citizen” movement. In the [Gates Foundation] annual letter we call for people to connect up digitally. And they’ll get a few articles a month and hopefully they’ll pick some subtopics underneath.

Connecting to the overall cause, that’s too broad. So some people ideally will pick women’s reproductive rights, some will pick agriculture. And then there are NGOs in each of those areas that you can volunteer for, give money to, and feel connected. But that’s not an easy thing. Our challenge is largely that the poorest live far away from those who are well off.

To me, the interesting thing about his answer is the way you can hear Gates talking his way toward a notion of how global development and digital communication—those two broad areas on which he’s an expert—might come together to change things. He’s imagining that the key to popularizing the development aims he champions is getting inspiring information about progress to people through their laptops, tablets and smartphones.

We’ll have more from our wide-ranging Gates interview in Maclean’s in the coming days, including the full conversation in next week’s magazine and coverage in this week’s Maclean’s on the Hill podcast and radio show.