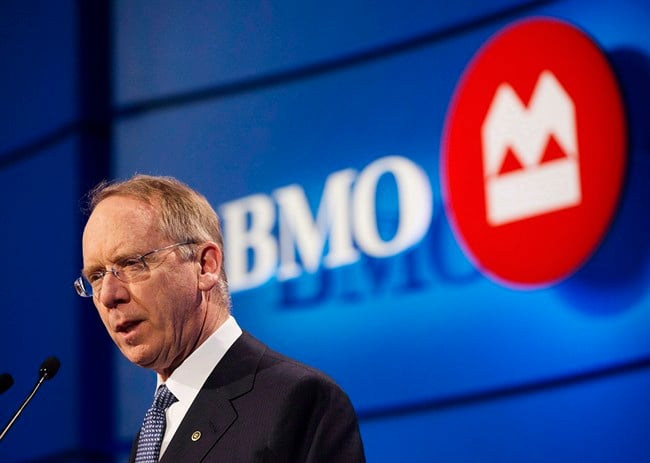 TORONTO – The Bank of Montreal’s CEO is defending the Canadian banking sector’s anti-money laundering practices following reports linking a major Canadian financial institution to a Panamanian law firm at the centre of a data leak on the use of offshore tax havens.

Bill Downe says Canadian banks have “dramatically” beefed up their anti-money laundering controls over the last seven to 10 years at the request of various governments around the world.

He added that if any violations do emerge from documents leaked from the law firm Mossack Fonseca, he suspects they will be in relation to business that originated a long time ago — before the big push by the banks to bolster their anti-money laundering practices.

Media reports claimed the Royal Bank of Canada and its subsidiaries used the Panamanian law firm to set up more than 370 shell companies.

In response, the Royal Bank said that it operates within the law and has policies in place to prevent tax evasion.

Related: Why Canadians should get mad about the Panama Papers

The lender said there are sometimes legitimate reasons to set up a holding company — but if the bank suspected that a client planned to commit a criminal offence by evading taxes, it would report that information and not provide services to the client.

The leaked documents reportedly reveal the offshore dealings of more than 100 politicians and public figures from multiple countries.

The Canada Revenue Agency said in a statement Tuesday that it is continuing to pursue audits related to offshore tax evasion, including audits of some Canadian clients associated with Mossack Fonseca.

“The agency is actively pursuing the co-operation of its tax treaty partners and the International Consortium of Investigative Journalists to obtain all of the leaked records that pertain to Canadian residents,” the CRA said in a statement.

“The Minister of National Revenue has instructed CRA officials to obtain the data leaked through the Panama Papers in order to cross-reference this information with the data already obtained through the Agency’s existing investigation tools.”