RCMP commissioner might be victim of poisonous rumours, say lawyers. But what did he know, and when did he know it? 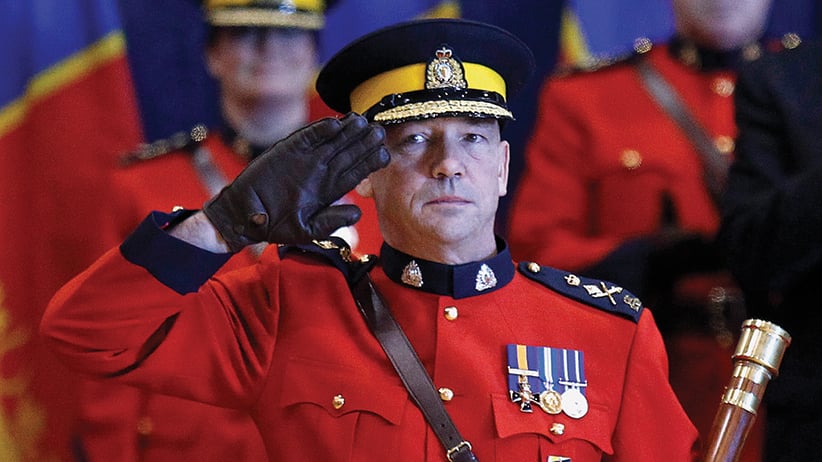 RCMP Commissioner Bob Paulson must testify at a civil trial involving an officer who says he was for years harassed by superiors trying to drive him from the force, an Ontario judge has ruled.

Justice Mary Vallee upheld the subpoena of the country’s top Mountie in the case of Sgt. Peter Merrifield, a 17-year veteran who battled all the way to the Supreme Court for the right to sue his employer.

The ruling, issued Monday in Superior Court in Newmarket, Ont., is expected to cast light on how such cases are treated in the highest echelon of the 20,000-member force.

Even as workplace harassment has become a major issue in the RCMP, the commissioner has typically been a couple of levels removed from specific cases. And Paulson is not known to have had a hand in a series of internal investigations against Merrifield.

He did, however, make unflattering remarks about the officer during a June 2013 appearance before a Senate committee. Merrifield’s lawyers now believe the commissioner was fed bad information about their client, who served on some of the force’s elite national security units, and whose performance evaluations suggested he’d been doing an excellent job.

“That would mean that not only is Sgt. Merrifield a victim of harassment in this case, but that, in some measure, so is the commissioner,” said John Phillips, one of Merrifield’s counsel. “We think this shows that the effects of harassment that starts back in 2005 continues today, affecting Sgt. Merrifield.

“The ramifications of that have spread like a virus throughout the force, so that people who aren’t even the harassers wind up perpetuating the damage to Sgt. Merrifield’s career. What did [Paulson] know? What was he told by the people between him and Sgt. Merrifield?”

The trial marks the culmination of a nine-year cold war between Merrifield and his bosses, which began when his superiors looked askance at his decision to stand for a federal Conservative nomination in Barrie, Ont.

He lost, but says senior officers began cutting him out of coveted projects and investigations, citing concerns about conflict of interest. After that, he alleges, his commanders launched a series of code-of-conduct investigations against him that resulted in him—in his words—being “blackballed” within the force.

So widely did the poison spread, Merrifield’s lawyers say, that Paulson himself may have accepted it as true. Internal RCMP documents filed in court suggest that the commissioner asked before his Senate committee appearance for a review of professional-standards complaints against Merrifield. Another suggested Merrifield would soon be the subject of disciplinary proceedings, though he never was.

Lawyers for the federal justice department had argued the subpoena should be quashed because it was rooted in remarks protected under parliamentary privilege.

Phillips countered that any examination of Paulson would revolve around information contained in the documents filed, not on the commissioner’s testimony.

Supt. Paul Hebert, the RCMP’s case manager for the Merrifield suit, declined to comment about the decision. Paulson could be called as early as Friday to the three-week trial, but an exact date had not been set.