Sgt. Andrew Doiron, killed by friendly fire in Iraq, back in Canada 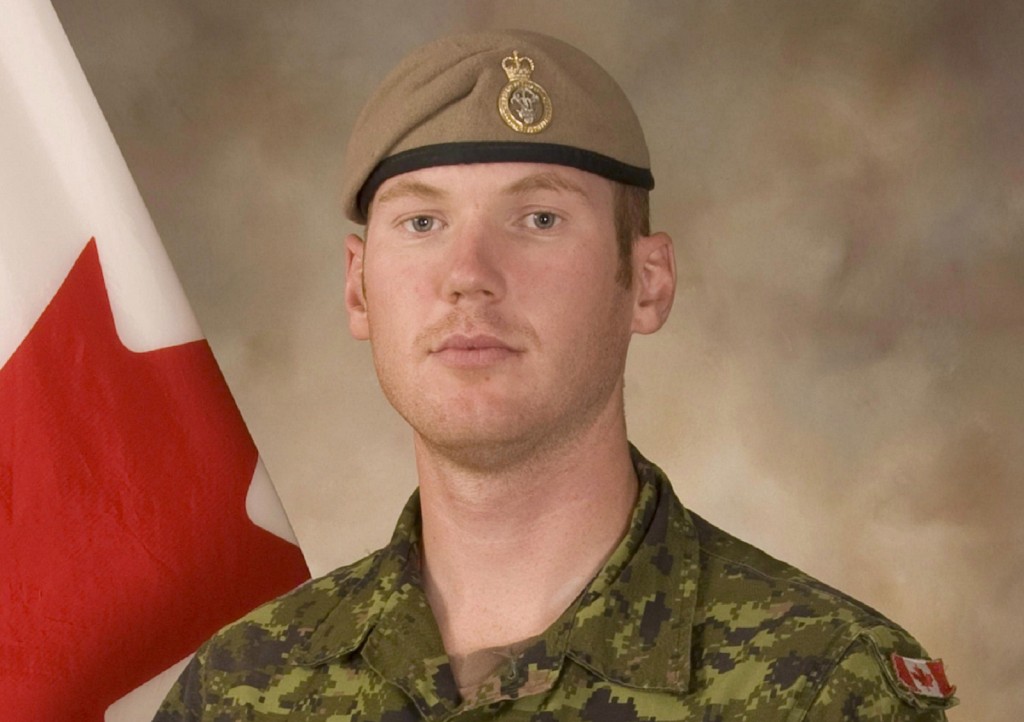 TRENTON, Ont. – Scores of Canadians peered through the fence of an air force base as the body of a Canadian soldier killed in Iraq returned home Tuesday in a once-common ceremony that has grown rare since the end of the country’s mission in Afghanistan.

Many saluted in silence on a raw grey day as the casket carrying Sgt. Andrew Doiron began the journey to Toronto following a brief repatriation ceremony at Canadian Forces Base Trenton in eastern Ontario.

At the family’s request, citizens who showed up to pay their respects and media were kept outside the base.

“I haven’t missed a repatriation ceremony yet and I’m not about to, regardless of the circumstances,” Hunter Vickers, 19, from nearby Belleville, said as the CF-17 touched down. “They do so much.”

Vickers said it was important for the families to see “random citizens” show up as a show of support and appreciation for the hard work and sacrifice of the slain soldiers.

Among dignitaries on the tarmac were Gov. Gen. David Johnston and Defence Minister Jason Kenney.

Outside the fence, a “Support our Troops” flag fluttered in the breeze as people watched quietly.

Reg Kirkland, 72, of Kingston, Ont., who served in the military for 33 years before retiring, said everyone who can should try to take part in the tributes to Canada’s fallen soldiers.

“I try to make them all,” Kirkland said at the air base. “It looks like it won’t be the last one.”

After the ceremony, the motorcade carrying Doiron’s casket headed west to Toronto for an autopsy along a stretch of highway dubbed “Highway of Heroes” that frequently saw such motorcades during Canada’s combat in Afghanistan.

Only the body of Cpl. Nathan Cirillo — gunned down as he stood ceremonial guard in Ottawa in October — has travelled the route since the mission’s end in 2011.

People began lining the route hours in advance, with some setting up Canadian flags on highway overpasses.

Doiron, 31, described as an enthusiastic and patriotic soldier, was shot and killed in what has been described as a friendly fire incident in the darkness of night as his special forces unit was returning to an observation post in Iraq.

Three Canadians were wounded in the firefight. One was evacuated to Germany while the other two were still in the Iraqi city of Irbil for treatment of minor injuries.

Officials with the Kurdish peshmerga said their forces opened fire on the unsuspecting Canadians after they showed up at the front line unannounced — a claim denied by Canadian officials.

The Canadian soldiers are part of a 69-strong contingent helping advise and train anti-ISIL forces in Iraq.