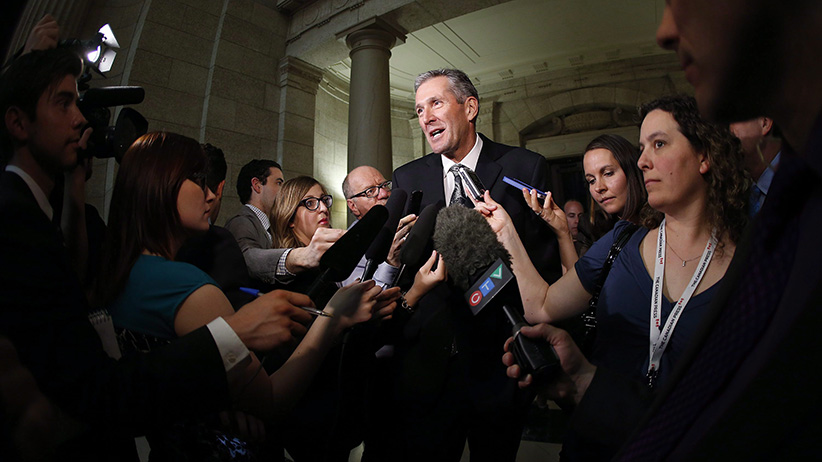 WINNIPEG — Manitoba’s Progressive Conservative leader says he “probably” will spend less time at his vacation home in Costa Rica if he is elected premier next week.

Brian Pallister spent Friday defending his time out of the province after the CBC obtained travel logs which show he spent 240 days either travelling to or in Costa Rica since being elected in 2012.

That works out to about one-fifth of the 3 1/2 years he has been Opposition leader. None of the time was taken while the legislature was in session.

Pallister said he is a workaholic.

“I work when I’m not in Manitoba on things that matter to Manitobans.”

Pallister was in the Latin American country during flooding in 2014 when the province declared a state of emergency and brought in the military to shore up dikes. At the time, he told media he had been at a family wedding.

Pallister said he was trying to protect his family’s privacy.

“Some of the confusion around my statements lies there,” said Pallister, who added he did visit flood-affected areas. “I was there on two occasions prior to the flooding. I was there right after the flooding.

“It isn’t a case of not loving and caring for the people there.”

Pallister also told the Winnipeg Free Press he was last out of the country when he travelled to North Dakota last year. In fact, he spent weeks in Costa Rica this past January and February. He apologized for getting “the dates wrong.”

Pallister said he writes all his own speeches and does much of that in Costa Rica, where he also spends time reading up on issues such as health care.

“I’m getting defensive a little but, you know, I work,” Pallister said. “I tend to work about a 60-hour week. I don’t stop working.”

NDP Leader Greg Selinger said it will be up to voters to judge Pallister’s time away.

But he said Pallister’s choice to stay in Costa Rica while the people he used to represent as an MP struggled against flooding speaks volumes about his leadership.

“It speaks to judgment that he covered up the fact he was in Costa Rica,” Selinger said. “He persistently put on the record that he was at a wedding in Alberta. He never corrected the record at any point until it was discovered this week.”

Liberal Leader Rana Bokhari accused Pallister of neglecting his current constituents and lying about his whereabouts during a crisis.

“Leading up to this, there is more than just one lie. Obviously it was an effort to hide where he was and what he was doing,” she said. “The deception of it all is quite concerning.”

Pallister revealed earlier this week that he has a vacation home in Costa Rica when called upon by the NDP government to disclose whether he had off-shore accounts. Pallister said he had just over $2,000 in a Costa Rican bank account which was used to pay taxes and upkeep for the property.