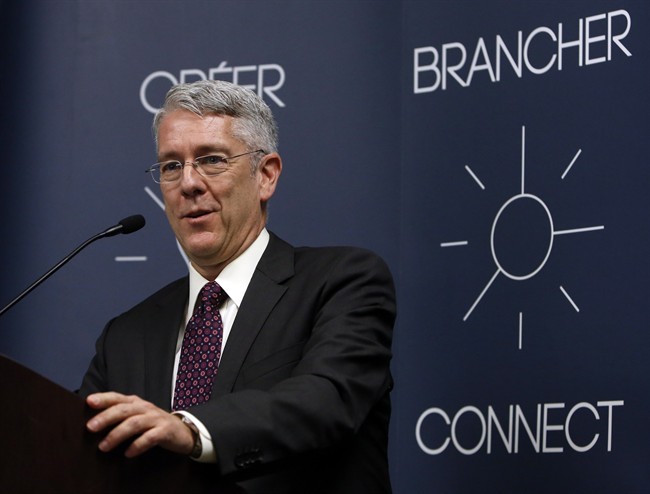 But the Canadian Radio-television and Telecommunications Commission says it can’t make full access to ultra-high speed services a reality on its own, and will require business and government help.

The CRTC says the aim is to ensure service providers (ISPs) offer internet services at speeds of at least 50 megabits per second for downloading data, and 10 Mbps for uploads.

Currently, about 82 per cent of households and businesses receive that level of service. The CRTC wants that increased to 90 per cent by 2021 and to 100 per cent within 10 to 15 years.

As well, the regulator says mobile wireless service should be made available to all households and businesses throughout Canada, as well as along all major Canadian roads.

“Access to broadband internet service is vital and a basic telecommunication service all Canadians are entitled to receive,” said CRTC chairman Jean-Pierre Blais.

“The availability of broadband internet, however, is an issue that can’t be solved by the CRTC alone.”

The CRTC acknowledged that ensuring everyone in the country has broadband service will cost billions of dollars.

As part of a decision announced Wednesday, telecom firms will have access to a $750- million industry-sponsored fund over the next five years to invest in broadband infrastructure.

The first $100 million of that, to be spent within the next two years, will come from a fund that currently subsidizes telephone services in isolated regions.

In order to access the fund, telecom companies will have to guarantee a set price for service.

However, unlike the recent CRTC decision to cap the cost of basic TV services at $25 per month, the regulator isn’t proposing a cap on what ISPs can charge customers for basic broadband internet.

The decision comes on the heels of an announcement last week by the federal government of a $500-million fund to build high-speed internet infrastructure in remote and rural communities.

But Blais said industry players and all levels of government will have to take part in filling the service gaps that exist across the country, which affect about two million people.

The CRTC also ruled Wednesday that, within the next six months, ISPs must provide customers with contracts that spell out: the services being provided, usage limits, minimum monthly charges and the full cost of data overage charges.

There were roughly 12 million residential internet service subscribers in Canada in 2015, up 3.3 per cent from the previous year, along with 30 million wireless subscribers.