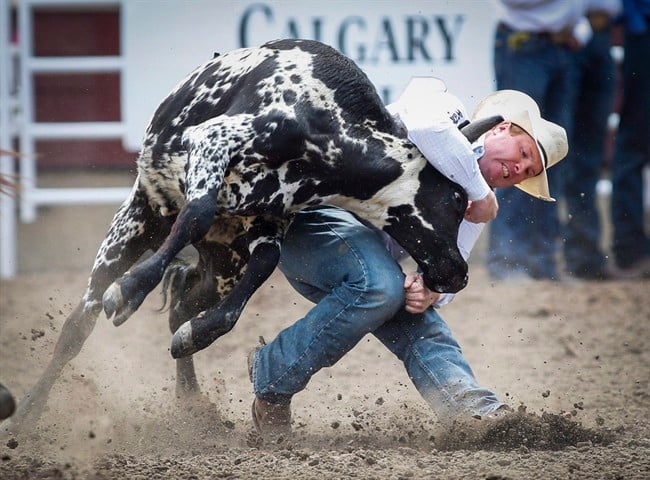 CALGARY – When Warren Connell decided to take the reins at the Calgary Stampede two years ago, the world was a very different place.

“When I applied for this job, oil was at $105 a barrel and the same government in the province had been in place for 44 years,” said Connell.

“So I undertook a pretty big change when I took over.”

As CEO of the Stampede, Connell has had to steer one of Canada’s largest festivals through one of the worst economic downturns Calgary has ever experienced.

And he’s not alone. Hotels, party planners, bars and restaurants across the city are feeling the effects of lower corporate spending from the oil and gas industry.

Last year saw companies cut back on the extravagance around Stampede, due to financial constraints, not to mention the poor optics of celebrating while people were being laid off.

For the Stampede itself there have been cutbacks too, with the province slashing $2 million from its operating grant to the non-profit organization. That forced Connell to cut 54 full-time positions last fall, plus further reductions on the part-time staff that help run the grounds year-round, he said.

The Stampede, which kicks off Friday, has already lost more revenue this year. The annual auction to sell ad space on chuckwagon canvases pulled in $2.3 million, $480,000 less than last year and well off the more than $4 million it brought in a few years ago.

To adapt to lower spending from the energy sector, the Stampede has looked for sponsorships in other industries, like a partnership with McDonald’s promoting beef sustainability.

“We had corporate hits in the energy world, and we were very fortunate and lucky that we were able to form partnerships that were really not economy-driven,” said Connell.

All over the city, businesses are adjusting to fewer corporate dollars and hoping for a boost from the Stampede.

At Bottlescrew Bill’s Pub, Stuart Allan said corporate bookings are down, and he doesn’t expect companies that have booked to spend like they used to.

“I suspect the corporate bookings that we have, many of them may not be prepared to be quite so freewheeling in their expenses as they have been in the past.”

But he’s still getting ready for what he hopes will be a successful Stampede, banking on more walk-in business from hotels and smaller groups of partiers.

He is looking to double his staff with 35 temporary hires, but despite a jump in Calgary’s unemployment rate from 4.6 per cent in January 2015 to over eight per cent in recent months, he said it’s been hard to find experienced people.

The extra people are needed because he expects about three times the regular business over the two weeks around Stampede.

“There’s absolutely no question that Stampede is hugely important to our overall business,” said Allan. “It’s Christmas, Christmas in July.”

Hotels are also banking on a boost from the Stampede after getting hit hard by the drop in corporate bookings.

Dave Kaiser, CEO of the Alberta Hotel & Lodging Association, said on a revenue-per-room measure, Calgary’s hotels are down 25 per cent from last year.

He said in the past, many hotels were fully booked and visitors found it difficult to find a room. This year, travellers will find better rates as hotels hope to bring in some much-needed business during the Stampede, said Kaiser.

“Just from speaking anecdotally with some hoteliers, they’re still optimistic that it’s going to be another strong Stampede week,” said Kaiser.

Connell is also looking for a silver lining amid the gloom, saying local ticket sales are encouraging and the boost in U.S. travellers from the low Canadian dollar will help.

For Connell, who started working at the Stampede more than 30 years ago in security, the event allows Calgary to show what’s it made of, from its cultural diversity to its resilience in tough times.

He said the highlight of his time with the Stampede was when the city rallied in 2013 after the floods to keep the show going.