Even with plans for a recycled Olympics, the price tag would still be massive, with no tangible benefits for the city 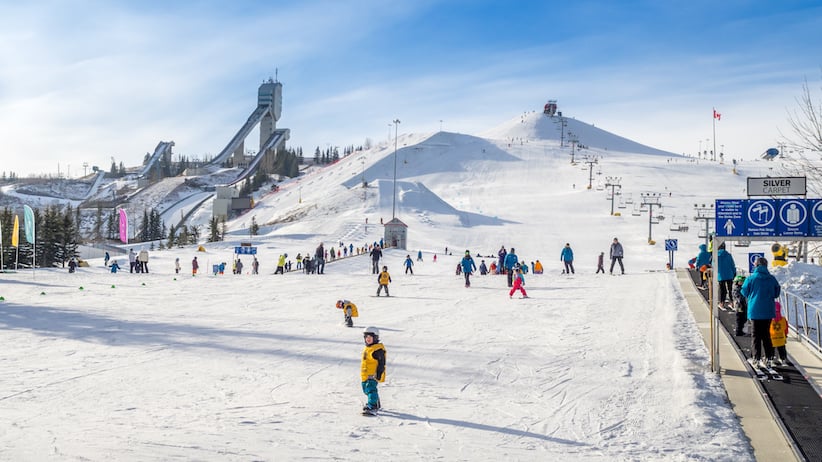 The Stampede Corral was built on Calgary’s cowboy fairgrounds in 1950, for $1.25 million. Back when Calgary was home to one-tenth the million-plus people it has now, the Corral’s 6,400 bright-red wooden seats was a grand palace for the city and its minor-hockey Stampeders. It was a bit crowded by the time the NHL Flames arrived in 1980, and the team moved to the Saddledome once it was complete in 1983.

Three decades later, Flames management have concluded the Saddledome is outmoded and inadequate, and are negotiating a deal with the city for a new arena. And the rickety old Corral? A troupe called the Peking Acrobats will dazzle Stampede-goers with three shows daily in there next month–and at an undetermined date in the future, it will be demolished in favour of extra convention and trade show space. The old building’s no longer up to code, and renovating it is uneconomical, Stampede officials have determined. “It’s a massive chunk of concrete, and cinder block, and there are no real architectural features that I would call historic,” Stampede CEO Warrant Connell said last year.

But somebody believes the musty old barn has a future. There the Corral was, up on the council screen at Calgary City Hall Monday, proposed as the secondary hockey venue for a 2026 Calgary Olympic games.

READ MORE: The fuzzy memories behind Calgary’s bid to host the Olympics

This is typical of the legacy envisioned for a return to Olympic glory for Cowtown: a decade’s delay to the demolition of a postwar venue, and maybe a new coat of red paint on the wooden seats in the meantime. The Calgary Bid Exploration Committee, trying to figure out if a bid makes sense, crafted a $4.6-billion plan for the Games, well lower than the $7 billion price tag for Vancouver 2010.

How would they accomplish this? Make do. Vancouver got a new convention centre for its international media centre; Calgary could spruce up the Big Four Building on Stampede grounds, built in 1959. Vancouver got its Canada Line train to the airport and crews widened the road up to Whistler, but the City of Calgary transportation department says the existing road networks and transit system (plus ongoing expansions) will suffice, the bid explorers reported. It helped the committee’s arithmetic that Calgary is already discussing how and when to build a new Flames arena and a massive sports fieldhouse, so neither project was included in the estimate. Affordable housing agencies and private developers would shoulder the cost for apartment blocks for athletes, easy peasy. In all, the city’s advisory panel believes Calgary can host a Winter Games (twice the size of the 1988 Calgary Olympics) with capital costs below $1.2 billion.

“We’re not doing this on the cheap … what’s driving us is realism,” committee chairman Rick Hanson told council. A former police chief, he reckoned that security costs will manage to be lower than Vancouver’s because of venue clustering, fewer terrorism fears, better technology and no coastal port to protect.

Even with this Discount Games proposal, $4.6 billion is still a massive dollar amount for a city to comprehend, especially one just crawling out of recession. More than half of that, $2.4 billion, would have to come from government coffers, even as both Alberta and Canada are carrying mountains of deficit with no exit strategy. And all this planning and estimating assumes only modest overruns. This is a foreign concept to Olympic Games.

The question, however, shouldn’t be how much. It should be: for what? What has emerged on the table for Calgary is a series of intangible benefits laid out in the bid committee’s slide deck: a local artist showcase, mild urban revitalization, entrepreneurial opportunities and better partnership with Indigenous peoples. But as the athletes and dignitaries head home in February 2026, they still won’t have a rail link to Calgary International Airport. Nor will Calgarians, having just spent more on Olympic security than on Games-related transit or community centres or anything else.

Calgary did benefit temporarily from its turn on the world stage during the Winter Games three decades ago, but 1988’s tourism bump didn’t last—which is often the case when the Games come to town, one Olympics economic benefits study noted last year. Even the economic benefits from the Games and its afterglow wouldn’t be all that amazing: a $2.4-billion government investment would leverage up to $2.6-billion worth of hotel rooms, restaurant visits, large foam cowboy hats and other regional expenditures, the committee says. That’s a $1.10 broad economic benefit for every $1 spent; hardly an argument that will convince anybody, unless they’re in the foam hat business.

The memories from 1988 fuelled the Calgary psyche for a while, but one can’t just assume that will be repeated in a more mature city. Calgary gained world-class venues for bobsled and speed skating last time, and that reputation as a winter sports training centre can be amped up only so much more, and perhaps doesn’t really need to be. So what else, Calgary? There is no physical legacy proposed. Are warm fuzzies and renewed international attention worth the cost, the two weeks of traffic congestion and the inevitable AirBnb horror stories?

Hanson’s committee will recommend next month whether or not Calgary should bid for the 2026 Games; after Stockholm pulled out recently and Salt Lake City has remained on the sidelines, its main competition might be Sion, Switzerland, and the Alps haven’t hosted since 2006 in Torino, Italy. The picture may shift next month when the International Olympic Committee, finally wising up to the fact that its general awfulness keeps repelling would-be bidders, proposes new rules for 2026 bids. It’s hard to see how Calgary’s Recycled Games proposal would be appealing to city councillors–including Mayor Naheed Nenshi, who adores the Olympics and feel-good events in general–but perhaps the IOC will sweeten the pot.

The international body may also mercifully euthanize Calgary’s ambitions another way: deciding to simultaneously award the 2024 and 2028 Summer Olympics, with attractive bids from both Paris and Los Angeles. Giving consecutive Olympic events to North American cities seems quite unlikely. Sorry, good ol’ Stampede Corral, but you’ve had an okay life.