A potential bid by Calgary to host the Olympics in 2026 would have a few things going for it, but saving the city's economy is not one of them 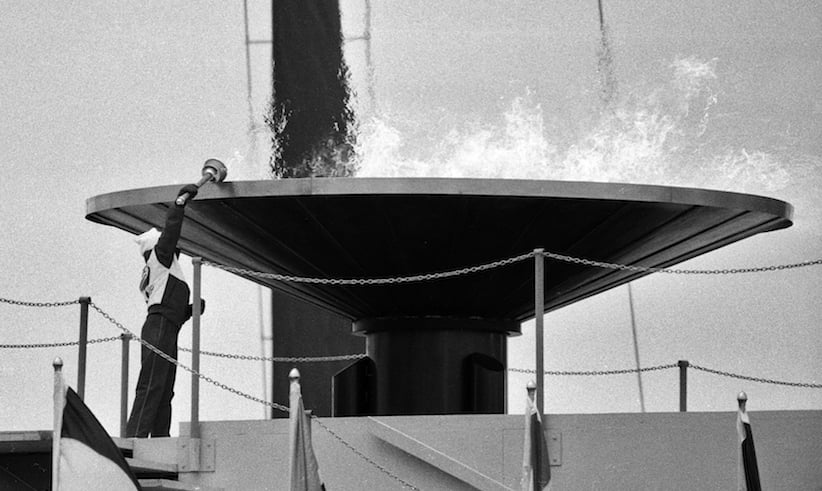 That loud rustling sound Canadians heard Tuesday morning over near the Rockies was thousands of baby boomer Calgarians rifling through their basements for their SunIce pastel jackets and their Petro-Canada commemorative glasses. Soon after came a cacophonous scatting of circa-1988 David Foster: dun-da-dun-dun da dun-dun da-dun — BOOM BOOM.

This was the warm fuzzy spirit let off at Calgary City Hall on Monday, when council kicked off Calgary’s latest wave of Olympic retro fever. Mayor Naheed Nenshi and all but two councillors endorsed spending up to $5 million for a bid exploration committee toward the 2026 Winter Olympics. Sports tourism brass say they were sorta-quietly working on a potential bid for two years, and now that Quebec City has finally succumbed to its lack of nearby mountains, Calgary is skating alone towards becoming the Canadian Olympic Committee’s clear next shot at hosting their international dignitary peers.

There’s an ever-faster, higher, stronger chorus of skeptics who question whether the Olympics provides benefits for its host region. The $50-billion money hole two years ago in Sochi helped ensure that there were only two international bids for the 2022 games, both in the authoritarian East: Almaty, Kazakhstan, and Beijing, the winner and future fake-snow capital of the world.

But these are so often plays on local pride and psyche. Boosters wield the interlocking rings of nostalgia and faith. Many councillors and organizers evoked their volunteer memories, and Mayor Naheed Nenshi has fond memories of being a 16-year-old pin trader and wearing a coloured poncho at the 1988 Opening Ceremonies—the event helped foster his twin loves for civic cohesion and Olympics. The 1988 Games purportedly helped thrust Calgary onto the world stage—”when we became a teenager,” Nenshi says—and was a shimmering moment amid the last major economic oil funk. That’s where the fuzzy memories intersect with today’s grim reality: an unusually money-making 1988 Games helped provide an economic cushion last time, so Calgarians and Albertans should embrace that spirit again now. Besides, it can be pitched to the IOC as a sort of Discount Games, because the Calgary region already has World Cup-grade sporting venues like a bobsled track, speed-skating oval and cross-country ski venue.

There’s so much wrong, and a bit right, about these arguments. The appeal to civic nostalgia should never get so strong it overwhelms the rational side of civic leaders’ brains; Nenshi has been rightly skeptical of other shiny baubles thrust before him, most recently the Calgary Flames organization’s arena-stadium megacomplex. And in the same way that many Calgarian businessfolk dread comparing the current recession to the woeful 1980s, they should steer even more clear of drawing parallels here: Calgary 1988 was first hatched in booming 1979 and its bid prevailed in 1981 before global oil prices cratered. There were no such economic development motivations for those fondly remembered Olympics, which came after several unsuccessful bids. And for those spouting that Alberta cri de coeur of economic diversification: really? Those two weeks of skating, skiing and synth-pop parties at Olympic Plaza sure did wean Calgary permanently off reliance oil and gas, didn’t they.

The appeal of recycled sports facilities is the best argument Calgary has. In fact, it’s one the city made when it last bid for the 201o Winter Olympics, but at a time when grand new edifices were preferred by international delegates or the COC. But in the wake of the laughable Beijing-Almaty duel, the IOC itself has tried to slash the obstacles to bidding and hosting with its Agenda 2020 plan, which gives new weight to existing facilities rather than creating dubious “infrastructure legacy.”

Calgary would be well-positioned to take advantage of that new IOC mindset, and consider itself to be doing the IOC a favour of sorts, if it wasn’t set to compete against Salt Lake City, the 2002 host whose facilities are less rusty than Calgary’s, and which has publicly promoted its 2026 bid for four years. The United States also haven’t hosted any Olympics since Utah. Los Angeles’ bid for Summer 2024 may play spoiler to Salt Lake’s hopes, but it may also dampen the chances of another North American city getting the subsequent five-ring circus.

Nenshi and councillors justified sinking in a $5-million bid exploration because they need to study renovating sports facilities anyhow, and it’s a small amount toward considering a venture that drives billions of dollars in economic activity (including a security tab that jumped by roughly 20 times from Calgary 1988 to Vancouver 2010’s $900 million). Plus, squee! Olympics again!

It’s a 14-month process from here to when Canadian Olympic brass determine whether to bid, and then the IOC picks a host city in 2019. There are many off-ramps to come, such as refusals from the Alberta or federal governments, and realistic numbers turning council against the idea. But if memories of Eddie the Eagle, Battle of the Brians and fringed red cowboy jackets overtake reason, then let the Wistful Olympiad begin.