The declaration, co-signed by Canada, may be a starting point for establishing clear standards on armed drones 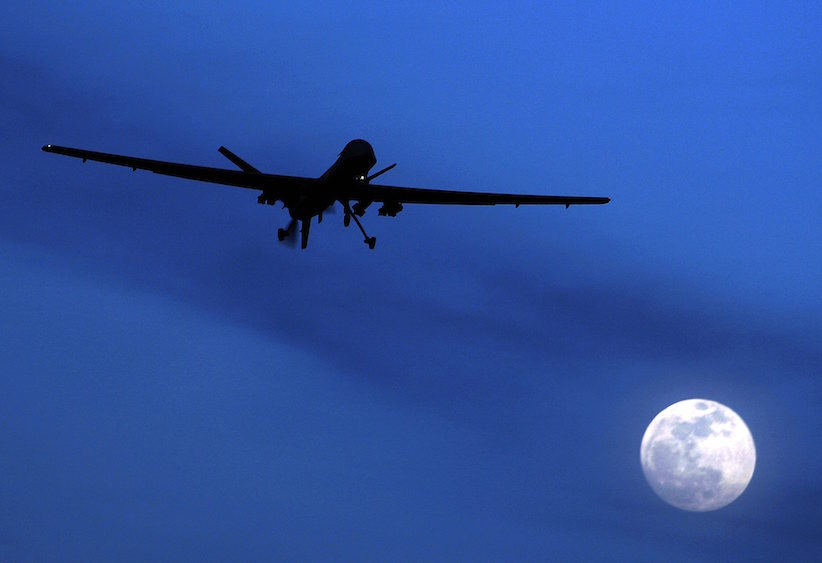 OTTAWA – Canada has joined dozens of other countries in calling for clearer rules around the sale and use of armed drones, even as the government debates whether the military should acquire such weapons.

The U.S. State Department on Wednesday released a joint declaration, signed by Canada and 44 other countries, laying out five general principles on the export and use of armed unmanned aerial vehicles, or UAVs.

They include emphasizing the importance of international law, compliance with existing arms-control laws and transparency about the use of drones.

The declaration is expected to be a starting point for establishing clear and definitive rules and standards to govern what is an increasingly common weapon used by militaries around the world.

“Our participation in this initiative complements Canada’s membership in all four of the export-control regimes and our overall efforts in the legitimate trade in military goods,” Global Affairs Canada spokeswoman Jessica Seguin said in a statement.

Yet while Canada has added its name to the declaration, it remains unclear if it will actually buy armed drones. This is despite more than a decade of research and calls for such weapons from senior military commanders.

Defence Minister Harjit Sajjan’s spokeswoman, Jordan Owens, said the question of whether to acquire armed drones is among the issues being considered in the government’s defence policy review, the results of which aren’t expected until next year.

“This is very much a decision that rests with the government of Canada, but no decision has been made at this time,” Owens said by email.

“As we do with any procurement of equipment, we are doing our due diligence to ensure any decision that is made will meet Canada’s defence needs, now and into the future.”

The Canadian military has operated UAVs in the past. French- and Israeli-made drones were used during the war in Afghanistan and the government announced in August that it was spending $14.2 million to buy five U.S. unmanned aircraft. But those have all been unarmed and used for surveillance.

The military has been kicking the tires on larger drone systems since the early 2000s, but has yet to get government approval to move forward. In the meantime, senior commanders have made no secret of their desire to obtain armed UAVs.

Speaking to reporters in March, chief of the defence staff Gen. Jonathan Vance said surveillance is important, “but we also want to be able to contribute to the strike.

“So I think it’s important for the military force to have a range of options available to it,” he said. “In my view there’s little point in having a UAV that can see a danger but can’t strike if it needs to.”

Other officers, such as retired lieutenant-general Charles Bouchard, who commanded NATO’s air and sea campaign in Libya in 2011, have also highlighted the benefits of armed drones. Bouchard is now head of defence giant Lockheed Martin’s Canadian office.

Earlier this year, National Defence asked interested companies to submit information about what drones they would be able to provide to Canada. Among the requirements was “a weapons carrying and delivery capability in support of (Canadian Armed Forces) operations worldwide.”

But Royal Canadian Air Force spokeswoman Lt.-Col. Holly Apostoliuk said the requirement was listed as a “secondary mission,” and that the focus is on surveillance and the ability to operate in different parts of Canada, including the Arctic.

An actual competition is not expected until 2019, at the earliest.

Any move to acquire armed drones for the Canadian military is likely to stir controversy. Aside from concerns about dehumanizing war, some have questioned the accuracy of drone strikes.

The White House says 116 civilians have been killed in 473 drone attacks since U.S. President Barack Obama took office in 2009. But some estimates say the number could be as high as 800. One strike alone in eastern Afghanistan last week killed 15 civilians and injured 13 more.

Owens acknowledged the legal questions associated with using armed drones, but said “any UAV system acquired by Canada would be compliant with our domestic and international legal obligations and employed in a manner that is consistent with these obligations.”