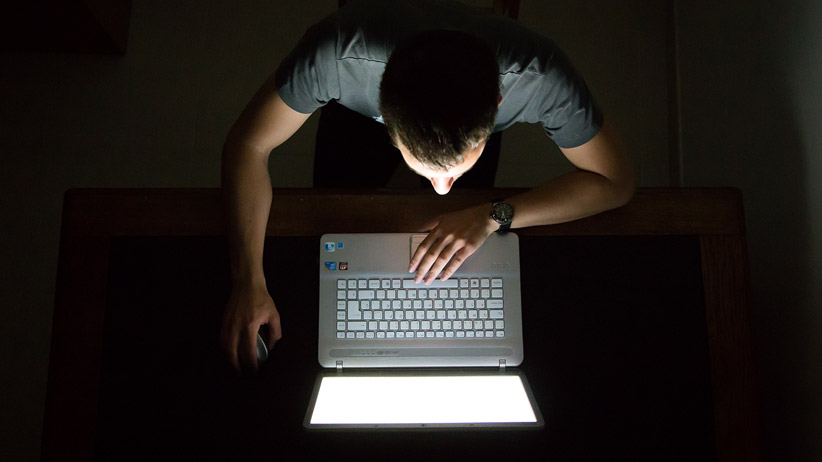 Ever since 1999, when millions of Internet anarchists turned to Napster to share copies of the latest Backstreet Boys song, debate has raged about how to turn off the seemingly infinite tap of copyrighted music, movies, TV and other unauthorized digital content available for free online.

Canada is taking a stab at it. The so-called “notice-and-notice” provisions of the 2012 Copyright Modernization Act came into effect on Jan. 2. Now if someone at your IP address is suspected of downloading an unauthorized copy of Frozen, Disney, which owns the rights, can send a notice to your Internet service provider about the alleged infringement. By law, your ISP has to forward the notice to you. Getting a notice doesn’t mean you’re being sued or facing charges, and Disney, or any copyright holder, can’t get your personal information without a court order. The law is designed to crack down on people who practise peer-to-peer (P2P) file-sharing using systems like BitTorrent that make files on a computer—and its unique IP address—visible to others and therefore easily tracked.

Notice-and-notice is a made-in-Canada approach to copyright enforcement that could become a model for other countries, says Montreal lawyer Allen Mendelsohn, who specializes in Internet law. By contrast, individual U.S. copyright violators can be sued for hundreds of thousands of dollars, while in Britain, repeat offenders can have their Internet slowed to a crawl or even, in extreme cases, suspended. In Canada, the damages for infringing on copyrighted material for personal, non-commercial use are capped at $5,000. It’s possible copyright holders will sue downloaders en masse to set an example, Mendelsohn says. Most likely, though, they’ll focus their legal resources on people who profit from stealing massive quantities of content, while also sending out thousands of infringement notices to put the fear of God into everyone else.

Stern letters do encourage people to change their behaviour. In 2011, Rogers executive Pam Dinsmore (Rogers owns Maclean’s) told a Parliamentary committee that just a third of customers who were warned about allegedly violating copyright were sent a second notice about another possible offence, and only a third of those given second notices had to be scolded a third time.

Evidence from Britain and France tells a similar story. Fifty-nine per cent of self-described British content pirates said they’d stop if they received a warning notice from their ISP. Under France’s now-repealed copyright law, which required ISPs to suspend service after three copyright offences, warning letters were shockingly effective—95 per cent of those handed a first notice stopped illegal downloads. The highly controversial French law reduced file-sharing overall, showing that with strict enough measures, people’s behaviour online can be modified. Notice-and-notice, on the other hand, is broadly embraced by activist groups like Open Media and Internet providers alike because of the balance it strikes between Internet freedom and the rights of copyright holders.

But according to Michael Geist, the Canada Research Chair in Internet and e-commerce at the University of Ottawa, most people expected the federal government to publish additional regulations about, for example, what infringment notices can and can’t say, as well as what fees ISPs could charge copyright holders for passing the notices to customers. Thanks to a case of “copyright fatigue,” Geist says, it never got done. “It’s a big mistake and a failure to heed predictable potential outcomes,” he says. Without regulations, little can be done to stop companies from pelting ISPs with notices, some misleading or inaccurate, he warns. ISPs like Bell and Rogers face a penalty of at least $5,000 for failing to forward notices to users.

Less than a week after notice-and-notice took effect, Geist says Rightscorp, an American copyright monetization company, started sending Canadian ISPs notices of possible copyright infringement as part of their contract with the music publisher BMG. The notices said the user’s service could be suspended, threatened penalties of up to $150,000 per infringement—30 times greater than the total maximum in Canada—and offered to settle the matter for $20 per violation. Jake Enwright, spokesman for Industry Minister James Moore, says the ministry told rights holders that notices like these are misleading and can’t be used to demand money from Canadians. However, he did not say whether the minister plans to propose regulations to deter similar actions in the future.

Regardless, there’s a good chance notice-and-notice will make a dent in peer-to-peer file sharing. However, P2P, which requires a bit of patience and computer literacy, is not the only or even necessarily the most popular way Canadians access copyrighted content online. Consumers warned off from P2P may simply switch to streaming from unauthorized websites, which is easier to do and harder for ISPs to track. And since streamers aren’t making a copy of anything, it’s not even clear they’re violating copyright, Geist says. Rights holders may go after the content-hosting websites, but most aren’t Canadian, and they’re notoriously hard to shut down.

Many people don’t feel bad about getting content for free, Mendelsohn says. Possibly the only way to change their behaviour is for companies to provide the same service that shady websites currently do: digital content à la carte, as soon as it’s released, Netflix-style. Indeed, Geist notes that the vast majority of streaming is through legitimate channels. “The Internet is not going to get smaller,” Geist says. “The law alone isn’t enough. What you need is law plus viable alternatives—well-priced, convenient, legal alternatives.”