Can I use pot if I’m pregnant?

Research on pot use during pregnancy is still largely inconclusive, though many organizations warn against it, just like alcohol and cigarettes. 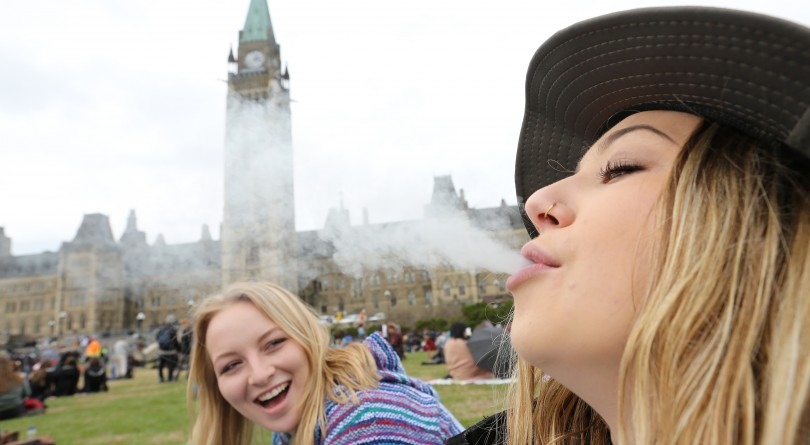 THC is not recommended for pregnant women. (Lars Hagberg/AFP/Getty Images)

Recent studies published by the American Medical Association show an uptick in cannabis usage during pregnancy, often to combat symptoms like morning sickness.

Research on pot use during pregnancy is still largely inconclusive, though many organizations warn against it, just like alcohol and cigarettes. These warnings are largely based on THC’s effect on the brain, and THC is just one of the two main actors in cannabis, along with CBD. (Many medical marijuana products contain only CBD, a non-psychoactive element of cannabis, but the majority of studies on pot use during pregnancy are focused on the effects of THC.) If you’re smoking, you’re getting both THC and CBD, as is the case with any cannabis product meant to make you high.

The lack of research on THC and pregnancy doesn’t give an all-clear, by any means. According to the Canadian Centre on Substance Abuse, children whose mothers who consumed pot during pregnancy have shown attention, memory and behavioural issues that persisted into adolescence. Pot during pregnancy has also been associated with lower birth weights.

Medical advice tends to stress an abstinence-first approach to pot use during pregnancy, as well as during breastfeeding. Some experts take a harm-reduction approach: if you’re going to do it, there are certain steps to take that can lower the risk of harm to the child. Some recommend abstaining at least during the first trimester, and afterward sticking to as low a dose as possible. As well, the method of consumption makes a difference: medical experts advise vaping, consuming edibles or using topical products instead of smoking. Smoking anything during pregnancy can raise carbon monoxide levels in your blood enough to affect the oxygen reaching the fetus.