Canada joins mission to uncover mysteries of the deep ocean

Canadian vessel part of a team assembled by Nekton marine research foundation explore areas off Bermuda, Nova Scotia and in the Sargasso Sea 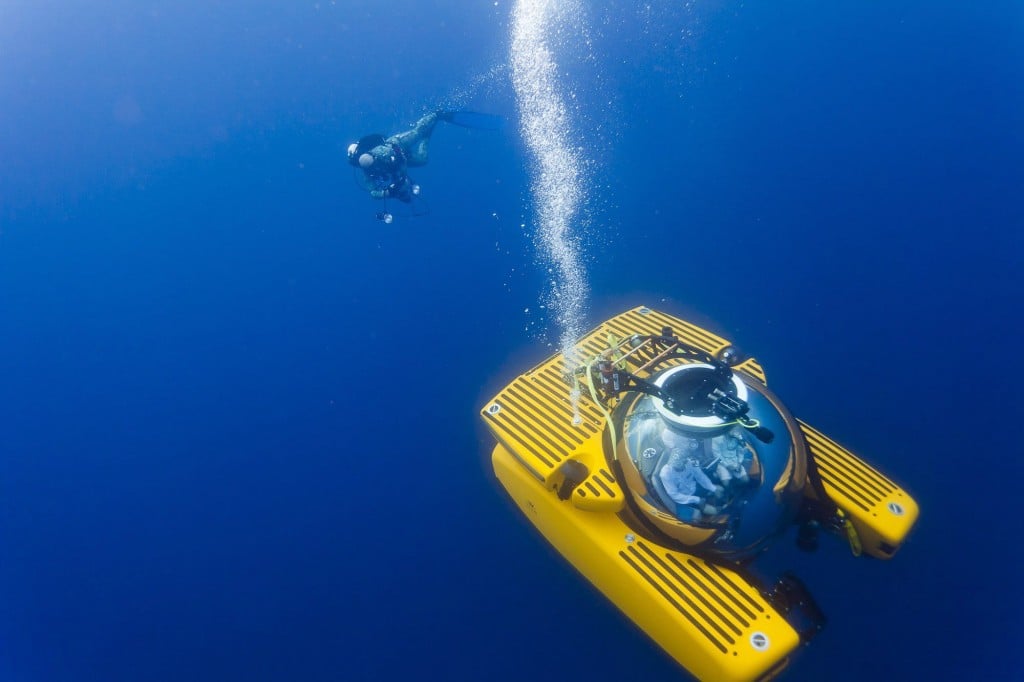 A Triton submersible craft and diver are seen in this undated handout photo. Canada is joining a new mission to research Earth’s most unexplored frontier: the deep ocean. A Department of Fisheries and Oceans research vessel is part of a team assembled by the Nekton marine research foundation to explore areas off Bermuda, Nova Scotia and in the Sargasso Sea. THE CANADIAN PRESS/HO-Nekton

HALIFAX – Canada is joining a new mission to research Earth’s most unexplored frontier: the deep ocean.

A Department of Fisheries and Oceans research vessel is part of a team assembled by the Nekton marine research foundation to explore areas off Bermuda, Nova Scotia and in the Sargasso Sea – located in the middle of the North Atlantic Ocean.

Oliver Steeds, founder of the England-based Nekton and leader of the mission, said the deep ocean represents the least known part of the planet.

“It remains a hugely unknown area for us. We have better maps of Mars and the Moon than we do of our own seabed,” said Steeds in a phone interview from London, adding that the ocean is 95 per cent unexplored.

“We’ve merely mapped an area equivalent to the size of Tasmania in the kind of detail that we’ve mapped the entire orbs of Mars and the Moon.”

The CCGS Hudson and about two dozen scientists will depart Halifax on July 14 for Bermuda, making stops to conduct research along the way.

In Bermuda, the ship will join forces with another research vessel and two submersible vessels with spherical hulls and virtual reality 360-degree cameras. They’ll work in tandem to explore the deep ocean – considered to be anything below 200 metres.

Divers will be sent 1,000 metres down, and Hudson is contributing a remote operated vehicle that can descend up to 2,000 metres.

In early August, the Hudson will travel back to Canada to explore the Gully – a protected underwater canyon located roughly 200 kilometres off Nova Scotia near Sable Island known for its population of endangered Northern bottlenose whales.

The mission will document the health, function and resilience of the deep ocean to better inform legal, political and economic decisions and improve the stewardship of the sea, said Steeds.

It hopes to map unknown areas, discover new species, uncover how the attributes of an area influence marine ecosystems, and measure human impact on the deep ocean by tracking damage to an area and levels of pollutants, ocean debris, habitat destruction, oxygen depletion and species distribution.

Steeds said Ottawa is the only government taking part in the first-ever Nekton mission, which is also being supported by businesses, philanthropists and civil leaders, among others.

“For the Canadian government to be a partner in this new global alliance dedicated to exploration of the deep ocean is a profound statement to Canada’s commitment to marine research,” said Steeds, who is also an investigative journalist.

The Liberal government has vowed to protect 10 per cent of Canada’s coastal waters by 2020, and Steeds hopes the research conducted at the Gully will help inform those forthcoming decisions.

Steeds said principal Nekton scientist Alex Rogers of the University of Oxford has developed a standardized methodology for the physical, chemical and biological indicators of change.

“The bigger picture of it is to be able to build a global understanding of the state of the deep ocean and to do that we are publishing the scientific methodology for the research… and encouraging scientists globally to feed into this standardized framework,” said Steeds.

Preliminary data from the mission will be released within three months of its conclusion, with a full report expected in about a year.

Steeds said he plans on undertaking another deep ocean research mission next year – possibly in the Mediterranean – and eventually hopes to aggregate the data of Nekton missions with data contributed by scientists worldwide.

He said exploring the deep ocean is important for many reasons, including ensuring food security and understanding rising sea levels.

“For those reasons and many many others, the deep ocean is absolutely critical for us to understand and understand how it is changing so we can then prepare ourselves for what’s going to be happening in the future.”