Federal government will match 'eligible' Canadian donations up to $100 million 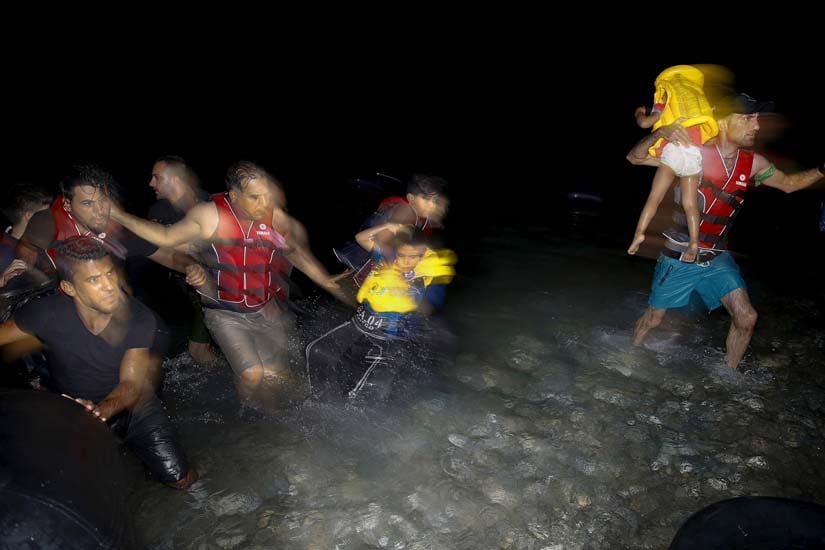 Syrian refugees carry their children as they jump off a dinghy overcrowded with Syrian refugees upon arriving on a beach on the Greek island of Kos, after crossing a part of the Aegean sea from Turkey, August 9, 2015. (Yannis Behrakis/Reuters)

OTTAWA —Canada will be supplying additional humanitarian assistance for victims of the conflict in Syria.

International Development Minister Christian Paradis on Saturday announced that the federal government will match “eligible” Canadian donations up to $100 million under the Syrian Emergency Relief Fund.

That’s in addition to $503.5 million in humanitarian assistance funding Canada has already allocated for humanitarian efforts in Syria and neighbouring countries since the beginning of Syria’s civil war.

Wynne says $8.5 million over 2 1/2 years will go to support refugees, increase the number coming to Ontario, and help settle them once they arrive, while the remaining $2 million will be donated for humanitarian efforts.

Canadians have flooded the United Nations children’s agency with an outpouring of cash in the week since the image of a dead Syrian boy on a Turkish beach shocked the world on Sept. 2.

Four million people have fled Syria since the conflict broke out in 2011 and while their plight has captured headlines over time, it wasn’t until that photograph that Canadians coalesced around the need for action.