Troops will join U.S. and British soldiers this summer, and the mission will last until March 2017 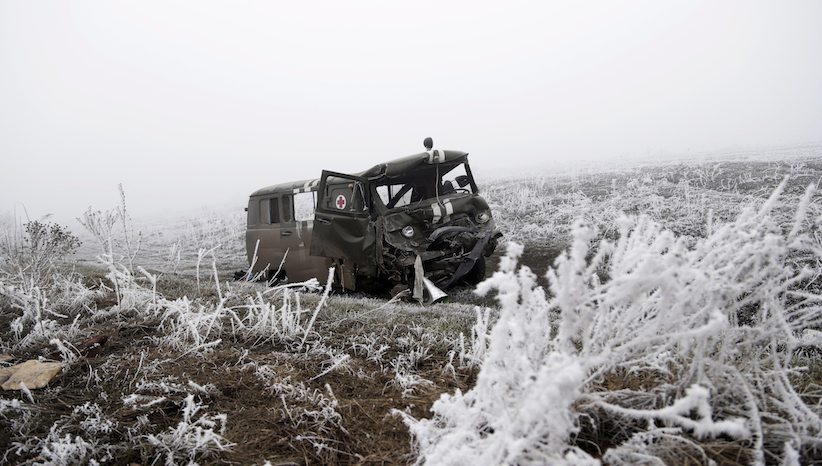 OTTAWA – The Harper government went to extra lengths Tuesday to make it clear Canadian military trainers will not be in harm’s way when they deploy to western Ukraine to school battle-weary formations in the finer points of combat.

The U.S.-led mission is unlikely to raise the temperature of the simmering conflict in eastern Europe, but that could change if Washington, Ottawa and other nations decide to permanently base troops in places like Poland and the Baltic states, which NATO is being urged to do.

Steve Saideman, the chair in international affairs at Carleton University in Ottawa, said Russia will likely make noise about the training mission and milk it for propaganda value, but likely won’t seek to retaliate.

“What I think the Russians would care more about was if the United States planted a brigade in Poland and another brigade strewn throughout the Baltics. That would be much more upsetting to them.”

He says another cautionary line would be crossed if the West decided to ship arms and munitions to Ukraine President Petro Poroshenko’s government.

Canada is sending 200 military trainers to Ukraine sometime in early summer, joining the U.S. and Britain in a two-year commitment to work to improve the effectiveness of Ukrainian forces.

The mission addresses a number of requests from the government of Ukraine, and is being provided to help the country in its efforts to maintain sovereignty, security and stability in the face of Russian aggression, Kenney said.

Most of the Canadian trainers are expected to be housed at an existing NATO training centre located in Yavoriv, in the western part of Ukraine, near the Polish border.

However, some instruction will also take place at the Ukrainian Ministry of Defence Demining Centre in Kamyanets-Podilsky, also in western Ukraine.

Kenney took pains to emphasize that the troops will be 1,300 kilometres from the embattled eastern portion of the country, where pro-Russian separatists were last week reportedly preparing for a spring offensive despite an uneasy ceasefire.

He also underlined that Canadian trainers will not accompany Ukrainian troops to the front.

In fact, Kenney said, the main training centre is virtually within site of the Polish border and “this is not a difficult place from which to extract them should circumstances become unpredictable.”

“As a strong friend and ally of Ukraine, we need to make sure we’re doing what we can to help against the unacceptable Russian actions,” Trudeau said.

The new mission could also involve instruction on logistics and military policing.

They will be training “recognized” Ukrainian army units and not any of the notorious irregular forces, some of whom have been described as far-right neo-fascist groups.

“We are not going to be in business of training ad-hoc militias,” said Kenney, who added that they trust Poroshenko’s government to send them bona fide soldiers and national guardsmen.

Both Washington and Ottawa have been under pressure to ship lethal military aid to Poroshenko’s government, which has been struggling to hold a shaky ceasefire together with rebels.

The Pentagon delayed the training program for Ukrainian soldiers last month to avoid giving the Kremlin an excuse to scrap the peace deal struck in February.

It strikes at the heart of the dilemma faced by Western leaders: how to stop Russian President Vladimir Putin’s slow-motion dismemberment of Ukraine without provoking a major war.

Kenney said the training mission, which will cost about $13 million in the first year, is an important signal of deterrence and not a provocation.

“It is critically important the world, particularly NATO allies, send a strong signal to Vladimir Putin of deterrence and his aggression will not be rewarded, which is why we’ve been operating as part of Operation Reassurance with our NATO allies in eastern Europe,” he said.

The training mission is separate from the deployment of Canadian troops, jets and a frigate, which are taking part in NATO exercises this year.