Scotiabank CEO Brian Porter: Canada's ongoing slide in productivity behind its global peers must be reversed 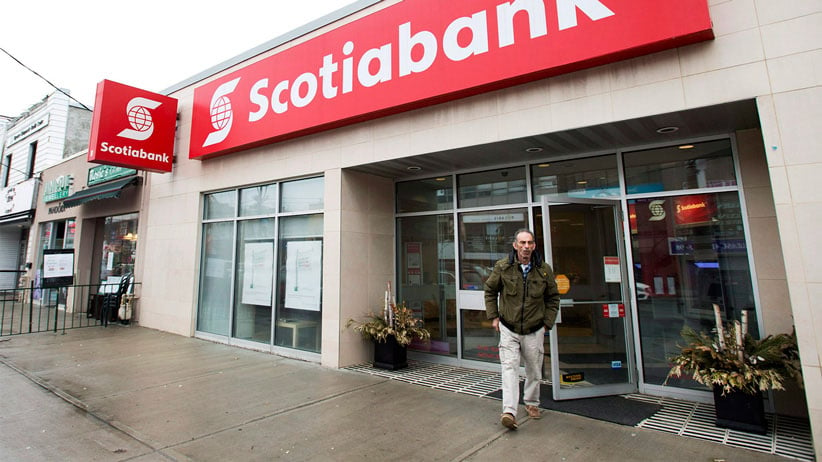 Canada’s “Achilles heel” is the country’s lagging labour productivity, and while governments can help turn that around, it’s ultimately up to the private sector to boost it, Scotiabank CEO Brian Porter said Tuesday.

During the company’s annual shareholder meeting in Calgary, Porter said Canada’s ongoing slide in productivity behind its global peers is a major problem that needs to be addressed.

“In this role I talk to leading politicians and cabinet ministers, I talk to university presidents, and they are all keenly aware that we have a productivity issue in this country,” Porter said following the meeting.

“We have to be focused on innovation if companies are going to succeed, if we’re going to create good jobs for young Canadians here.”

His comments touch on a problem that has mystified policy-makers and the private sector alike for years.

Last month, Statistics Canada reported that the labour productivity rate growth contracted 0.2 per cent in 2015, by far its weakest result in three years.

The issue has captured the attention of Finance Minister Bill Morneau, who has set up an economic advisory council in an effort to find solutions.

Porter also highlighted what he perceives to be a “disconnect” between the skills that many graduates possess and those that employers look for.

“We see the effects of this at Scotiabank where we have a growing need for digitally savvy employees, such as specialized programmers, engineers and data scientists,” Porter said.

“More and more companies, regardless of the industry, are chasing this same talent pool.”

Scotiabank (TSX:BNS) has shifted its focus to developing the kind of talent it is looking for, including through partnerships with Western, Queen’s and St. Mary’s universities, Porter said.

The company has also boosted its investment in technology to more than $2.4 billion and has been partnering with financial technology startups in an effort to meet clients’ changing needs, he added.

One example Porter cited is a partnership with Sensibill, a Toronto-based upstart that allows customers to digitize their receipts in an effort to simplify tax filing and record-keeping.

Porter also said he is frustrated by the lack of progress on energy infrastructure — particularly on the Energy East project, a pipeline proposed by TransCanada Corp. (TSX:TRP) that would ship 1.1 million barrels of Alberta oil per day to refineries in Eastern Canada.

“I think this project is really important for the national fabric of this country,” Porter said. “All the economic assessments, environmental assessments, all that important stuff, has been done. It’s time to move ahead.”

Porter made similar comments during the bank’s annual meeting last April, when he called on governments to end the “inter-provincial bickering” and “political indecision” that has left energy projects mired in delays.

He said Tuesday that he would have liked to see more progress on the issue in the year that has passed since he first made those comments.

“I would have liked to see further political progress on it at this stage, but it’s going to take time,” Porter said.

“I’m a realist. But I think the time for consensus-building … is over.”