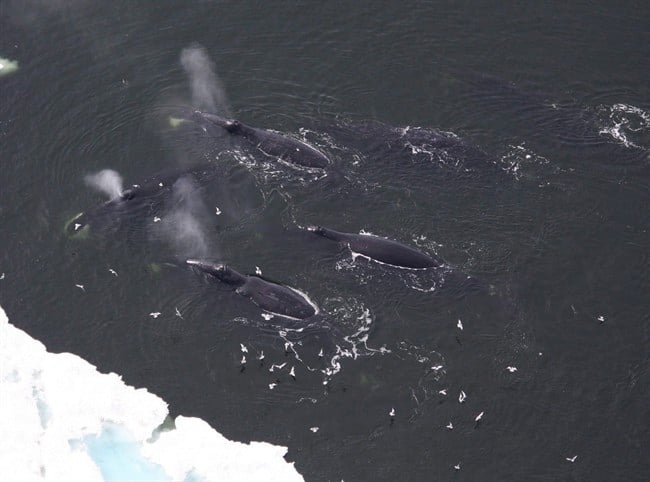 Research suggests Canada’s Beaufort Sea is becoming acidic more quickly than any other ocean in the world, offering a window into what a major side effect of climate change will do to waters around the globe.

“As goes the Arctic, so go the rest of the oceans,” said Jeremy Mathis of the U.S.-based National Oceanic and Atmospheric Administration, lead author of the new paper published in the journal Oceanography.

In about 10 years, he predicts the Arctic waters off the Northwest Territories will be more acidic for most of the year than they have ever been before. The consequences for sea life are unknown, although organisms that have shells are likely to have trouble.

Ocean acidification happens when an overabundance of carbon dioxide in the atmosphere leads to too much of the gas being dissolved into sea water.

Scientists have concluded that oceans around the globe are already an average of 30 per cent more acidic than they were 200 years ago. Acidification is happening fastest in the North because Arctic seas are already low in the chemicals that buffer against the process and because they are increasingly exposed to the atmosphere as sea ice retreats.

Mathis and his colleagues set out to discover how quickly the process is happening.

First, the team took a series of water samples in 2011 and 2012 from the Chukchi Sea between Russia and Alaska to the western edge of the Canadian High Arctic islands. They then compared that data to what mathematical models predicted they should be.

With the exception of areas just off the mouths of the Mackenzie and Yukon Rivers, Mathis said the models proved accurate.

They then plugged that data into the model to predict how the acidification would unfold.

Their calculations suggest that by 2025, the acidity of the Beaufort Sea will be outside its normal range for most of the year. By 2054, the Beaufort’s acidity will average permanently higher than even the highest current level.

That’s sooner than either the Chukchi Sea or the Bering Sea. Although detailed research hasn’t been done, studies of the Barents Sea north of Norway and Russia suggest acidification is happening more slowly there as well.

“(That) puts the Beaufort at the forefront of how quickly the environment is changing,” Mathis said. “The Beaufort Sea is experiencing some of the most rapid changes of anywhere in the ocean.”

How that will affect the plants and animals that live in those waters is still unknown. While the Beaufort doesn’t support a commercial fishery, the Bering Sea is the source of 10 per cent of the world’s fish harvest.

The Beaufort does give scientists a window into the future, said Mathis.

“The Arctic is providing us with this great proxy for the rest of the global ocean because it is changing faster and we can measure that change over shorter time periods. That will tell us how the rest of the ocean will respond over longer time scales.

“The Arctic can become the most important tool in the toolbox that we can use to inform ourselves about the rest of the world.”