Parliament Hill may be our seat of power, but there are two far odder places where power also gathers—a cat room and a salon 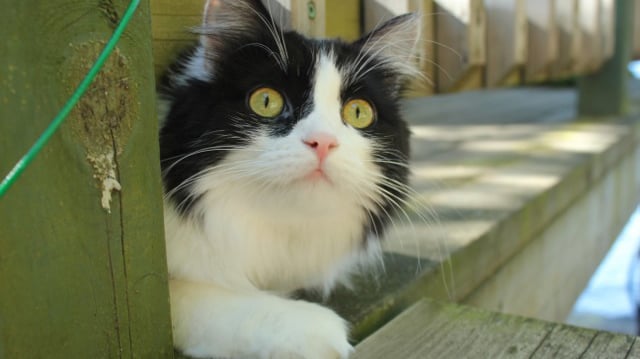 Oreo, owned by Dave Penner, director of communications services at Canada Post and former staffer in the Prime Minister's Office

It’s known as the cat room—an upstairs space at 24 Sussex filled with scratching posts, toys, kibble, water, litter and kittens. The RCMP has a code name for visitors. “They announce us to the main house by saying, ‘Your victims have arrived,’ ” said Jim Armour, a lobbyist and former communications director for Stephen Harper who adopted two kittens after visiting the room.

“There are a lot of us,” he added. “The RCMP officers and staff aren’t immune either. Apparently, many of them are the proud owners of Ottawa Humane Society kittens.”

Laureen Harper has fostered more than 200 cats for the OHS and has brought neighbours, friends and many with political connections to the cat room. She is particularly adept at moving the kittens two at a time. “It’s next to impossible to only leave with one,” said Armour. “Laureen is so good that when we went, there were four kittens ready for adoption and I felt that I drove a hard bargain by only leaving with two.”

Conservative MP Mark Adler went home with a single cat, but just barely. “My kids wanted a second kitten and it wasn’t an easy decision to only leave with just one.”

The Prime Minister’s wife, who shares Stephen Harper’s love of cats, has also convinced cabinet ministers to adopt from their local shelters.

“I didn’t get a foster cat from ‘the room’, but I did take her advice on getting two cats to keep each other company,” said Transport Minister Lisa Raitt, who adopted kittens at a picnic for a local humane society in her riding. “Laureen convinced me to get cats for my sons. They wanted a pet and I was thinking of a dog.”

Julie Vaux, chief of staff to Health Minister Rona Ambrose, fell for a kitten at a function hosted by the Harpers this fall, as did her partner, Neil Brodie, chief of staff to Tony Clement, president of the treasury board. “We met her at a garden party at 24 Sussex and had her home two days later.”

It’s not just cats. Jason MacDonald, the prime minister’s communications director, adopted a guinea pig from the PM’s residence. His daughters came up with the name. “They said, ‘Well, it comes from Mrs. Harper and lived at 24 Sussex so obviously we should name it Harper.’ ” 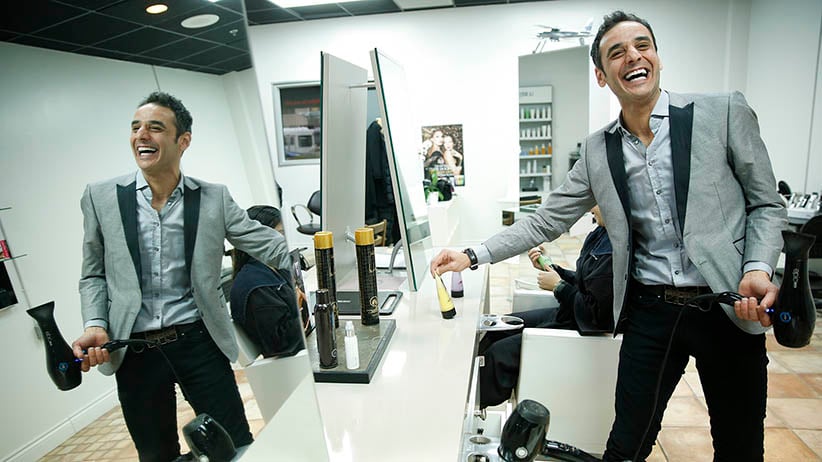 Hair to the throne

Cabinet ministers and MPs converge on C’est Fou, where it’s all about the hair, not politics

The politically connected travel in packs around Parliament Hill—to the bars, to social events and also to the hair salons.

Rinaldo’s has traditionally been the power place—the choice of Pierre Trudeau and the Harpers. But C’est Fou, at the corner of Slater and Kent streets, blocks from Parliament Hill, is now all the rage among Ottawa’s powerful women. It’s part of the growing trend toward blow-dry bars—30 minutes for a wash, dry and style.

“They want to look professional,” says owner Fouad Eid. “It’s for ladies on the go.” Many of the women come in once a week, some twice a week, he says. He takes bookings as early as 7 a.m.

Jacquie LaRocque, a lobbyist who used to work for a Liberal cabinet minister, says it’s popular among women with busy jobs and social lives connected to politics. “It’s a calm, neutral place and he is a great person,” she says. Eid is “great at what he does, he’s really fast and also very discreet.” He has been rumoured to serve wine after 4 p.m., when people are getting ready to go out.

The salon draws a cross-party crowd but Crockatt said C’est Fou has also become the “go-to hairstylist” for government MPs. “For a fiscally frugal $20 [when you buy a package deal of 10], he does a fast and exceptional blow dry on short notice,” says Crockatt, “for those bad-hair days when you need it for morning meetings or to look chic for QP.”

Spending $20 a week to look good is “three lattes a week. You can justify it,” said Raitt. She thinks the salon has found a niche. “Fouad can make me look professional and polished in a third of the time that it would take me. It’s one less thing to worry about.”

The women do not talk about Parliament Hill business and there is no partisan bickering, said Raitt. “I have been there at same time as bureaucrats and lobbyists and probably staffers. Politics is not discussed.”