Report finds that every day, about 230 Canadians reported being victims of family violence 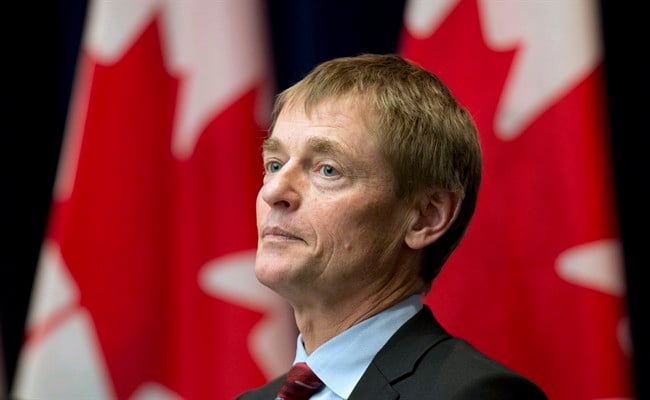 “This is a serious public health issue in Canada, one that can have long-lasting and widespread effects on the health of individuals, families and communities,” said Dr. Gregory Taylor, who on Friday released a 60-page report focusing on family violence.

“The health impacts of family violence extend far beyond physical injuries and include poor mental health, psychological and emotional distress, suicide, and increased risk of chronic diseases and conditions such as cancer, heart disease and diabetes.”

In 2014, the latest year for which statistics are available, almost 58,000 girls and women were victims of family violence, said Taylor, Canada’s chief public health officer.

Every four days, one woman in Canada was killed by a family member; every six days, a woman was killed by an intimate partner; while a man was murdered by a partner every 23 days.

“There’s no question that women bear the brunt of the most severe forms of family violence,” he said. “But men and boys are certainly victims as well.”

Some other findings in the report:

— Every day, about 230 Canadians reported being victims of family violence.

— Between 2004 and 2014, half of the child victims of family-related homicide were under age four.

— Every day, eight seniors were subject to family violence. More than 766,000 Canadians over age 55 said they had experienced abuse or neglect in the previous year.

“When I started to research this report, I really had no idea how big the impact was,” Taylor said in an interview Friday from Ottawa.

“The estimates are that fully 70 per cent of family violence is unreported, so we’re just seeing the tip of the iceberg.”

Nora Spinks, CEO of the Vanier Institute of the Family, said domestic and family violence has always existed, so the issue isn’t new.

“What is new is that we’re documenting it more, we’re aware of it more and we’re talking about it more,” said Spinks, speculating that family stress is likely one of the causes behind acts of domestic abuse.

“It may also be related to an inability to communicate: we can’t find the words, so we express ourselves in different ways.”

No matter the statistics, for those who are victims of violence or witnesses to violence, “it doesn’t matter if you’re one in a hundred or one in a million. You’re the one,” said Spinks.

Taylor’s report found that familial violence is particularly rife among Canada’s aboriginal peoples, whose multigenerational experiences of colonization, assimilation and racism have led to widespread substance abuse, poverty and despair in many communities.

Nine per cent of aboriginal people said they had experienced unhealthy conflict, abuse or violence committed by a spouse or common-law partner in the previous five years, compared to four per cent in the rest of the population. For women alone, the figures were 10 per cent and three per cent, respectively.

People with physical disabilities or mental health conditions, as well as members of the LGBTQ community, also experience higher rates of familial and partner violence, the report found.

Beyond its significant social, legal and health consequences, family violence also represents a major economic burden. Health-care costs associated with spousal violence alone are gauged at about $200 million a year, while the annual price tag for pain, suffering and loss of life related to family violence overall is estimated at $5.5 billion.

But identifying the root causes of family violence is difficult, said Taylor, because the issue is “highly complex.”

“We really don’t understand this,” he admitted. “And consequently, we don’t really understand what are the best interventions in trying to deal with that.”

Taylor believes a huge barrier to addressing family violence is that many victims keep silent, perhaps out of fear for their safety or the safety of their children, from feelings of shame or denial, or concern that they or their family will be judged or shunned by others.

“We don’t talk about it perhaps because of stigma,” he said, suggesting that the first step toward reducing family violence is to break down the wall of silence surrounding the issue.

“We need to really bring this out in the open. We need to talk about this. And I think we need to make it unacceptable in our society.”

Spinks agreed, saying that family violence should be on everyone’s radar.

“It’s not just the perpetrator or the victim of violence or the family or the extended family. Violence impacts all of us and we all have a collective responsibility to figure this out.”