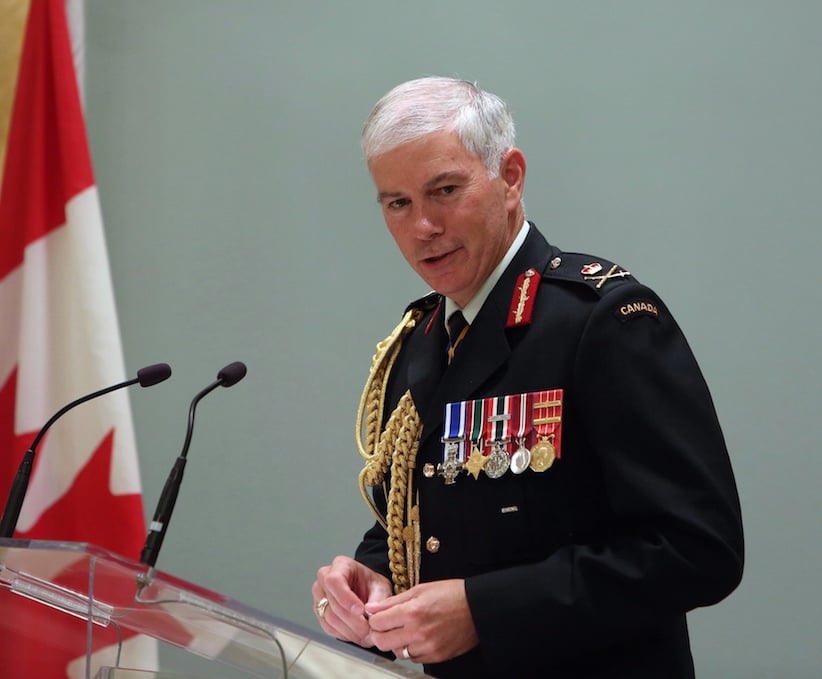 OTTAWA – One of Canada’s top soldiers used his last speech in uniform today to blast what he suggests is an unfair amount of oversight and scrutiny over the Defence Department and Canadian military.

Trust in National Defence’s ability to manage its $20-billion budget, as well as various major procurement projects, has sunk in some corners of Ottawa following a number of controversies.

Those include the F-35 stealth fighter project, the shipbuilding program and the previous Conservative government’s repeated insistence on what former prime minister Stephen Harper called more teeth and less tail.

But Lt.-Gen. Guy Thibault, the outgoing vice chief of defence staff, is blasting the resulting amount of oversight that has built up, which includes outside parties and panels looking over the military’s work to make sure it’s done right.

Thibault said the fact the military has continued to accomplish its missions while remaining within its budget is proof of its ability to manage its own affairs.

He appeared to take shot at the military’s political masters when he said what the Canadian Forces really need is clear direction and predictable, sustained funding, not more oversight.