The number of deportations is on the rise

In an age of online networks and fluid informational boundaries, it’s easy to forget that geographical borders still matter. But the case of Quran-burning pastor Terry Jones this week reminded us all that ours is a nation with a door, like any other, and it’s not open to everyone.

Canada Border Agency Services is responsible for denying passage to those ineligible to enter the country. This year, 14, 291 people were refused entry between the months of April and June. It might sound like a lot, but with 24,513,462 travellers processed in that time, it was only 0.06 per cent who were turned away (or three of every 5,000).

While significant data on annual entry denials was not forthcoming, searches through CBSA Departmental Performance Reports revealed other interesting details about Canada’s unwanted. As well as detaining incoming foreigners deemed a threat, CBSA is also given the task of hunting down and physically removing people who are in Canada illegally. And, it turns out, the number of those being kicked out is on the rise. 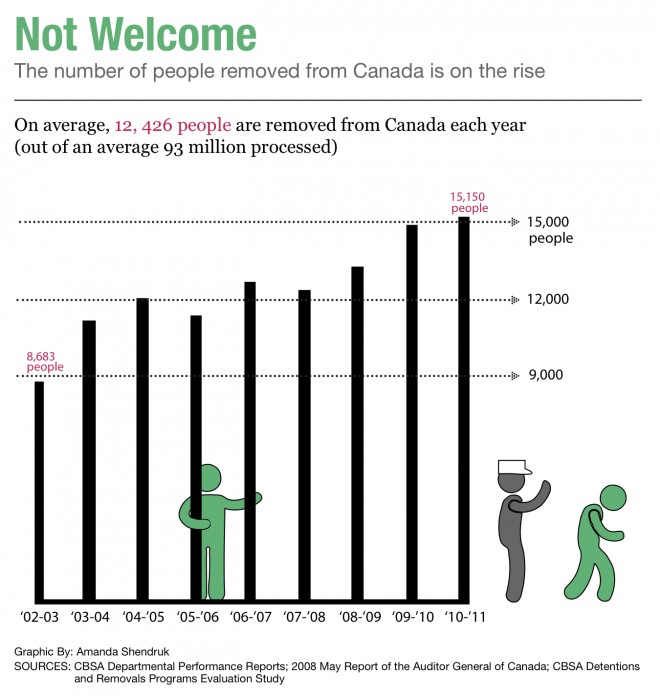 A jump of almost 7,000 people over a decade may not seem significant, but that difference represents a 75 per cent increase in removals. This is especially interesting considering that, as a trend, the total travellers processed each year has not increased correspondingly.