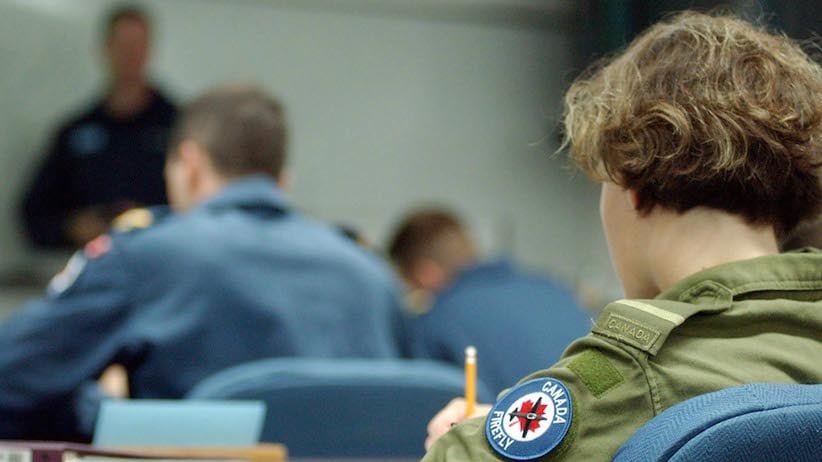 OTTAWA – While military commanders have pointed to an increase in criminal investigations as proof the fight against sexual misconduct is working, military justice officials admit they don’t know how many service members are ever actually convicted.

It’s one of a number of statistical deficiencies that military officials say they are working to address — a fix experts say is essential for instilling confidence in victims and ensuring cases are being handled properly.

Defence chief Gen. Jonathan Vance told a Senate committee last week that military police are on track to see a 22 per cent increase in the number of reported sexual offences from the previous year.

“About half of these are old cases,” Vance said. “This demonstrates to me that at least some of these victims now believe, perhaps for the first time, that we will hear them and take action.”

According to the Canadian Forces National Investigative Service, military police opened 174 investigations into alleged sexual offences in 2015, as compared to 106 during just the first six months of 2016. Officials say the majority of cases were sexual assault.

But those numbers, which Vance referenced in his testimony, are only the beginning. Of those 280 cases, 49 actually led to charges. As for convictions, that’s where things get muddy.

When it comes to sexual offences and a number of other crimes, military police have the option of referring cases to either military or civilian courts. The investigative service says 40 of the 49 sex-related cases that led to charges in 2015 and the first six months of 2016 went to civilian courts.

Lt.-Col. Brian Frei, deputy commander of the Canadian Forces military police group, said his officers continue to be involved in such cases. “But in terms of tracking military offenders through civilian courts, that’s something that we have not historically done in a way that would allow us to do statistics.”

It is difficult to track cases when they go from one system to another, said Holly Johnson, an expert at the University of Ottawa who was the principal investigator of Statistics Canada’s first national survey on violence against women.

But she said such information is essential not only to understand whether investigations are working, but also to show results to victims who are weighing whether to take the difficult step of coming forward.

“How do you transmit the message that reporting’s a good thing if there’s nothing to show the military members that we are taking this seriously?” Johnson said.

Vance echoed that assessment during his committee appearance, telling senators that the military must improve its ability to collect and communicate information “to better and more completely expose people to the punitive efforts that have gone on.”

Frei said the system military police use to record and track cases is extremely unwieldy when it comes to producing many types of statistics. Efforts are being made to improve the system, he said, particularly in light of Vance’s order to stamp out sexual misconduct.

“We are working hard to get the upgrades done to our system, to get a better ability to examine the statistics that will come with the upgrades or updates to versions of the software,” he said.

“Again, though, it’s still a police records management system, so we won’t have the ideal tracking of court results.”

Statistics aside, Frei said military police are stepping up efforts in other ways to better improve investigations and convictions when it comes to sexual offences.

Six teams of three investigators trained specifically to deal with sexual crimes have been deployed across the country and are ready to respond when a call comes in. In addition, the process for laying charges has been changed to take power away from commanding officers while victims can opt for civilian police.

Frei also said military police are aided by the fact that military service personnel are required to report crimes whenever they hear about them.

This “positive responsibility to report,” as Frei describes it, means military police sometimes receive reports of alleged incidents that are incorrect or in which the victim doesn’t want to talk. While the result is many more investigations than charges, he hopes it means more crimes are being reported.

Experts believe only between five and 10 per cent of sexual crimes outside the military are ever reported to police.