Canadian general: Not clear how long special forces will be needed for Iraqi strikes 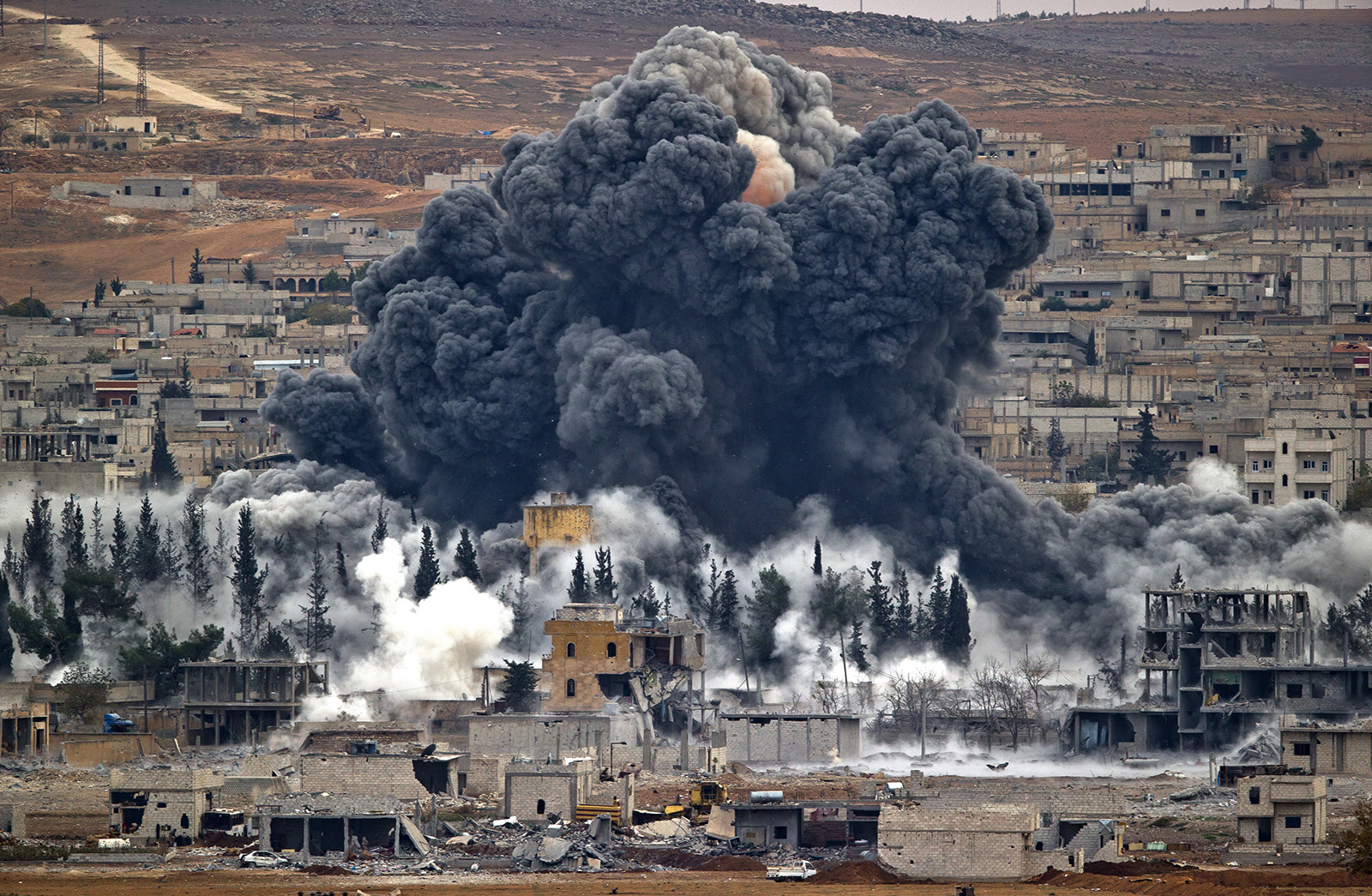 Smoke rises from the Syrian city of Kobani, following an airstrike by the US led coalition, seen from a hilltop outside Suruc, on the Turkey-Syria border Monday, Nov. 17, 2014. (Vadim Ghirda/AP)

OTTAWA – A senior Canadian military commander says it’s not clear how long it will be before Iraqi forces are able to call in coalition airstrikes against Islamic State fighters without Canada’s help.

That candid acknowledgment by Lt.-Gen. Jonathan Vance has critics fearing Canada is being dragged further into direct combat operations, contrary to what the Harper government has promised.

Vance told a briefing Monday that he wasn’t sure when the specialized training will be provided, but he expects that “down the road the Iraqi air force and army will be able to bring in and guide on” airstrikes.

Brig.-Gen. Mike Rouleau, the commander of special forces, says his troops are doing it because the Iraqis cannot, which has the added benefit of giving commanders confidence that the targets are legitimate.

Rouleau says that kind of assurance ultimately makes the process faster and safer not only for local troops, but civilians as well.

He pointed to an exchange in the House of Commons last fall, where Prime Minister Stephen Harper repeatedly made that pledge.

“Canadian soldiers are not accompanying the Iraqi forces into combat,” the prime minister said on Sept. 30.

When asked by Mulcair directly whether the troops would be “targeting or co-ordinating attacks by others in a combat role,” Harper responded that he had “neither the will nor the desire to get into detailed discussions of military operations here.”

The exchange took place at a time when the special forces were just beginning their deployment and before coalition commanders were having problems identifying targets on the ground.

Mulcair says the lack of transparency on the part of the government is shocking.

“The prime minister has not been honest with Canadians on this issue,” Mulcair said. “He has to come clean and he has to do it quickly. Every time he was asked, he said, ‘No, they would not be involved in combat.’ And every time they were involved in combat, we asked and they said, ‘No, it is not a combat mission.’

And Canadians deserve better than word games from their prime minister.”

Liberal foreign affairs critic Marc Garneau says he doesn’t to use the word mission creep, but the lack of critical detail and fudging of answers on the part of the government is worrying.

Garneau said he specifically asked Defence Minister Rob Nicholson last fall to define what he meant when he said Canadian troops would play strictly an “advise and assist” role.

He said Nicholson agreed that it meant “clearly behind the lines.”

“The government will argue, well, we’re not going on an offensive. But nevertheless, our special forces are on the front lines and they’re directing airstrikes with laser pointing and things like that. So the government owes us, and the public, greater clarity on what is actually happening.”