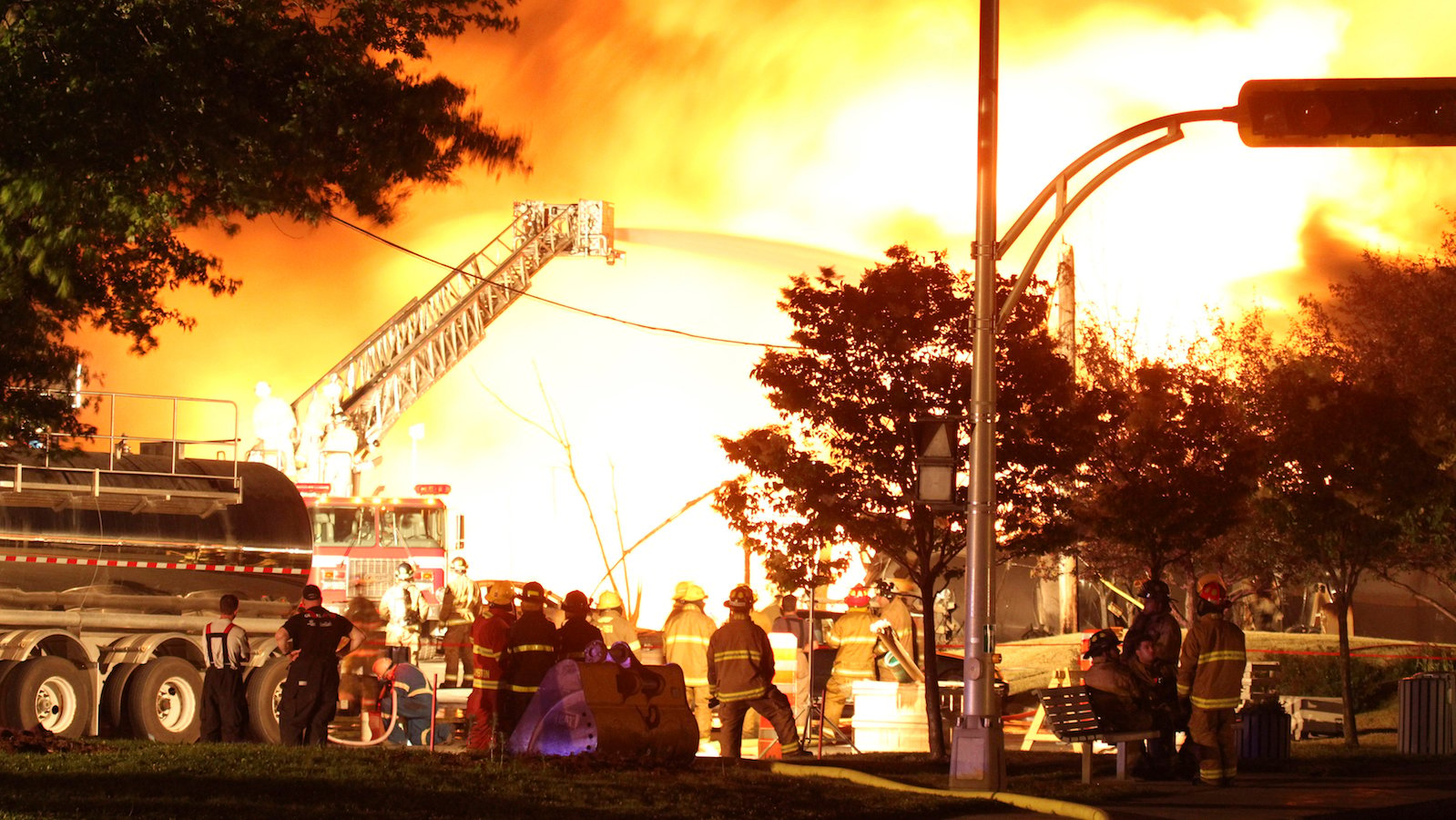 SHERBROOKE, Que. – A lawyer for the defunct railroad at the centre of the Lac-Megantic train derailment said Canadian Pacific Railway Ltd. is acting deplorably and offensively by attempting to shut down proceedings to distribute over $430 million to victims and creditors of the 2013 tragedy.

Patrice Benoit told Quebec Superior Court Justice Gaetan Dumas on Monday if he accepts arguments by the railway, the settlement fund for victims of the train disaster “and everything else we did for two years would end in failure.”

More than 40 lawyers attended the hearing in a large courtroom in Sherbrooke, Que.

Most of the roughly 25 companies accused of responsibility in the July 6, 2013, derailment in Lac-Megantic, Que. that killed 47 people, have agreed to pay money into a settlement fund.

The $431.5 million offer was accepted unanimously by creditors and victims on June 8.

Canadian Pacific is the only company accused in the tragedy that has refused to participate in the fund and argued Monday the current settlement process is illegitimate.

CP’s lawyer, Andre Durocher, told the court bankruptcy proceedings should not have been authorized in the first place because Montreal Maine and Atlantic Railway Ltd., the rail company that owned the train that derailed, was under Federal Court jurisdiction.

Benoit argued that jurisprudence states general-charter railroads — as MMA used to be — are under the jurisdiction of provincial courts for bankruptcy proceedings.

MMA didn’t have enough insurance to pay damages to victims and creditors, so it filed for bankruptcy in the U.S. and Canada. As part of the insolvency proceedings, MMA — as well as the other companies accused in the derailment — are offering money to victims in exchange for releases from liability.

The $431.5 million settlement fund is tied to the insolvency case currently before the Quebec Superior Court.

Benoit told the judge that Canadian Pacific has been involved in the bankruptcy proceedings in Quebec for almost two years and for the railway company to object now is “deplorable, offensive … and an abuse of court process.”

“I can’t imagine a worse example of laying in the weeds for almost two years without saying anything,” Benoit said.

He added that Dumas has ruled on roughly 40 motions since the start of the proceedings and Canadian Pacific only voiced its objection to the jurisdiction of the court recently.

Durocher countered the company is within its legal rights to call the competency of the court into question as it only recognized recently its rights would be infringed.

While Canadian Pacific doesn’t dispute that families of the victims deserve compensation, the company argues it is not one of the companies responsible for what happened when a runaway train owned by now-defunct MMA derailed and exploded in Lac-Megantic’s downtown.

The train carrying crude from the U.S. was handed off from CP to an MMA-controlled rail network for its final journey to a New Brunswick refinery.

Court documents state CP had the contract to deliver the fuel, but sub-contracted the final leg of the journey to the defunct railroad.

Before it arrived in the East Coast it derailed in the Quebec town of Lac-Megantic and destroyed part of its downtown.

The victims say CP should have known the crude was not labelled properly and that MMA was allegedly taking risks in its transportation of the highly volatile substance.

“I’m a little disappointed by the way CP has handled this proceeding,” said Jeff Orenstein, a lawyer with the Consumer Law Group, which launched a class-action lawsuit against the 25 companies.

“(CP has) taken the position they aren’t going to enter into (the settlement fund) and to go further now they are contesting the plan. We aren’t necessarily pleased,” he said.

Orenstein’s lawsuit against the 25 companies has been put on hold pending the approval of the settlement fund.

If the fund is approved, the companies that have contributed money to the settlement fund will be released permanently from his lawsuit.

On Wednesday, Dumas will hear arguments for and against the approval of the $430 million settlement fund.

CP intends to argue that the fund is unfair because by freeing other firms of legal liability, it won’t be able to counter-sue them if those companies decided to take Canadian Pacific to court to recoup the settlement sums they gave.

Dumas is expected to rule on CP’s court-jurisdiction motion and on whether or not to accept the settlement fund at a later date following Wednesday’s hearing.