By The Associated Press November 8, 2015 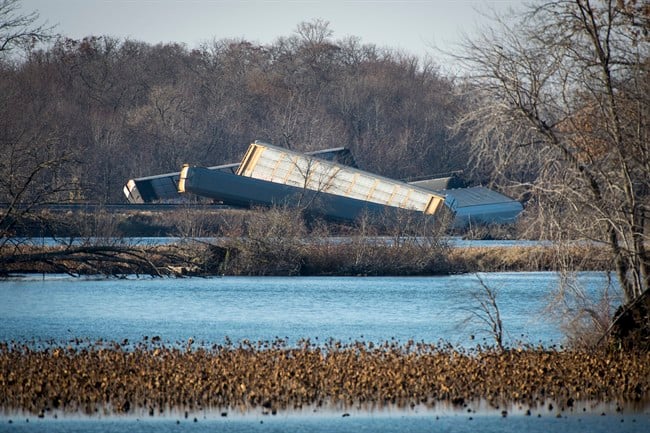 The eastbound CP train derailed about 2 p.m. in Watertown in the southeastern part of the state. The railroad said at least 10 cars derailed, and some were leaking.

No fires or injuries were reported. CP was sending teams to the site.

On Saturday, a freight train derailed near Alma in western Wisconsin, spilling thousands of gallons of ethanol.

BNSF Railway said crews continued Sunday to transfer ethanol from the derailed cars and get the cars back on the tracks.