Remembering Ursula Franklin, the scientist and feminist who passed away at 94 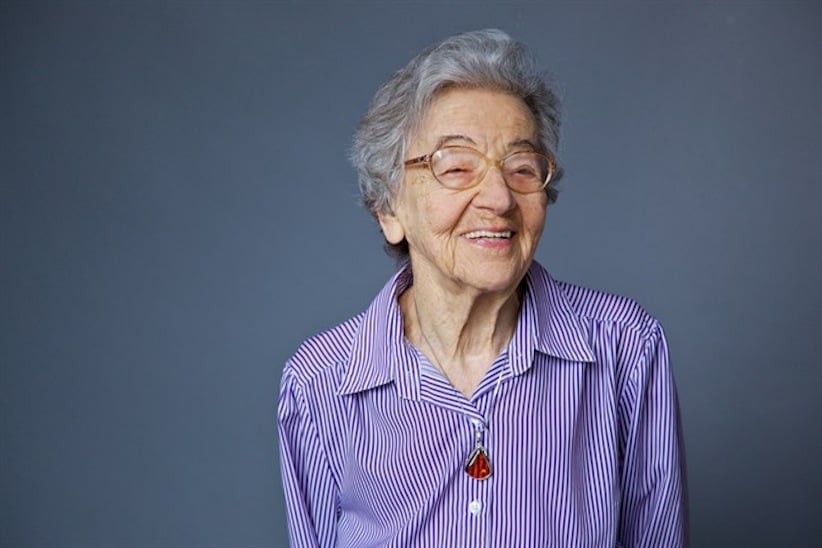 TORONTO – The late Ursula Franklin is being remembered as a “global pioneer,” a trailblazer in science and academics, a staunch feminist and outspoken peace activist.

The acclaimed Canadian scientist, educator and Holocaust survivor died Friday at the age of 94.

Franklin was born in Munich, Germany in 1921, and educated in Berlin. During her time as a young science student, she was imprisoned in a Nazi work camp because her mother was Jewish. She spent the rest of the war repairing bombed buildings.

She received her PhD in experimental physics at the Technical University of Berlin in 1948 and the following year, emigrated to Canada and became a postdoctoral student at the University of Toronto.

For the next 15 years, Franklin worked as a senior research scientist at the Ontario Research Foundation, specializing in the study of metals and alloys.

In the early 1960s, Franklin worked with the Voice of Women in partnership with U of T professors to probe the levels of strontium-90 — a radioactive substance present in the fallout from nuclear weapons testing — in teeth.

“Their hypothesis was that you would see an increase in that residue — or that chemical — found in baby teeth, which would show that the (nuclear) testing is actually having an effect on people,” said Karen Suurtamm, records archivist for U of T Libraries, which has 150 boxes of the scientist’s texts, photographs, posters and artifacts in its possession.

“They were collecting the baby teeth of children who were born before the atomic testing and then after to show the differences.”

The pioneering research has been credited as key in reaching a moratorium on atmospheric nuclear weapons testing.

In 1967, Franklin rejoined U of T and became the first female professor of what is now known as the department of materials science and engineering.

“Ursula Franklin was a U of T and global pioneer — as a scientist and educator, as an activist, and as a woman,” said university president Meric Gertler.

“While we mourn her passing, we also celebrate her brilliant legacy of accomplishment and influence.”

Franklin was a Quaker and a pacifist and very active in promoting peace during the early 1960s through to the Vietnam War, said Suurtamm.

“When the October Crisis happened, she was very concerned about prime minister (Pierre) Trudeau at the time passing the War Measures Act, which would really impinge on the rights and freedoms of Canadians.”

Franklin and her husband, Fred, addressed a terse telegram to Trudeau voicing opposition to the move.

“Your unwarranted overreaction destroys the credibility of democratic government. Resign, if you can’t cope with using existing laws.”

“It as a really interesting file among many, many files just showing how she tried to intervene in different moments in history to find peace rather than more militaristic options,” said Suurtamm.

Suurtamm said what she found most amazing about Franklin’s life was how multi-faceted her experiences were.

“She was involved in so many different things, and yet still had such clarity of purpose and really gave time to people.

“One thing I’m very impressed with … is how she always championed women that were younger than her in her field in science and engineering, and really tried to promote their work and their interests.”

A Toronto public school named in Franklin’s honour opened in 1995, but the Ursula Franklin Academy was no standard institution.

It was billed as one of the first in Ontario to require students to devote time to community service. A program also required students to select mini-courses in the areas of community building, connected knowledge and active and healthy living, with diverse sessions including topics like the physics of toys.

Academy principal Georgia Gallagher said Franklin was simply known as “Ursula” to the community and was involved in school life up until the recent graduation in June.

“The school was not just named for her, but was created with her vision for social justice, democracy, a spirit of inquiry, and connected knowledge to create a community of learners,” Gallagher said in a statement.

“The excitement would build in the school on days when Ursula would visit. As one student recently claimed: ‘It’s like meeting a superstar.’ She was our sage, our mentor, our friend.”

In a statement, Ontario Premier Kathleen Wynne said Franklin was a “pioneering academic” who “paved the way for generations of women to pursue their dreams of becoming scientists and academics.”