Newsmaker of the day: Edward Snowden 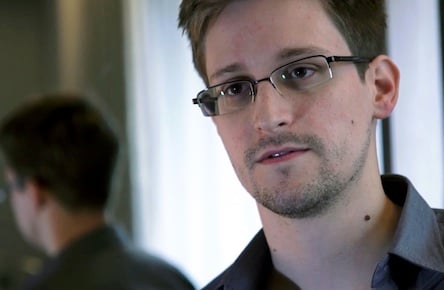 Just in case you thought the U.S. government had a monopoly on creeping the Internet: a new report reveals Canada’s electronic spy agency monitors millions of daily downloads in search of potential threats hidden amid all those episodes of Glee.

A document obtained by Edward Snowden, the former U.S. intelligence contractor who exposed the breadth of the U.S. National Security Administration’s online monitoring capabilities, reveals that Canada’s Communications Security Establishment similarly eavesdrops on downloads of documents and videos from more than 100 file-sharing sites around the world. Dubbed project “Levitation,” the program tracks between 10 million and 15 million downloads per day, according to the CBC, which analyzed the leaked document with the help of U.S. journalist and author Glenn Greenwald, who c0-founded the website The Intercept.

A spokesperson for the spy agency told the public broadcaster that its mandate clearly includes the collection of “foreign signals intelligence to protect Canada and Canadians from a variety of threats to our national security, including terrorism.”

While the document—a 2012 PowerPoint presentation—suggests that analysts find 350 “interesting download events” each month, it also notes that’s less than 0.0001 per cent of the collected traffic. The document also jokes about the need to weed out episodes of Glee and other innocuous content.

Those sorts of numbers naturally raise questions both about the program’s effectiveness in combatting foreign terrorist threats, and also whether the benefits outweigh the potential for abuse—particularly at a time when the federal government is proposing more powers for those charged with counterterrorism duties.