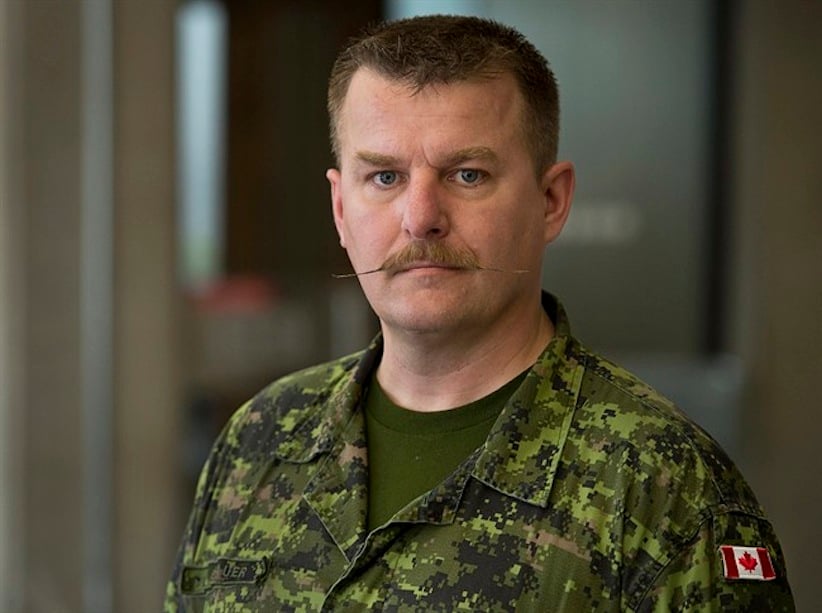 HALIFAX – A 24-year veteran of the Canadian military is taking the federal government to court Tuesday to recover thousands of dollars he lost on his home when he was posted to another base and got little compensation through a program that he says has caused financial hardship for dozens of members.

Maj. Marcus Brauer will be in federal court to seek a judicial review of a decision by the Treasury Board that concluded he should receive only $15,000 for a $88,000 loss he took on the sale of his house in Alberta when he moved to Halifax in 2007.

Brauer said the unique case is being watched closely by other members who have suffered losses on home sales when they get posted to new bases, but usually only collect a portion of those losses through a federal home-equity assistance program.

“It doesn’t just impact people — it destroys them,” he said in an interview.

“These people are declaring bankruptcy, they’re losing their spouses. The impact is immense. For us, it’s been an absolute disaster.”

The dispute involves the home-equity assistance program available to military members who move frequently and run the risk of taking a bath on the sale of their properties.

Compensation is supposed to be available when a member has to transfer and sells a home in a depressed housing market. But National Defence and the Treasury Board are at odds over the definition of market and community.

Brauer, who has moved more than five times, said he was posted to Canadian Forces Base Edmonton in 2007 along with his wife and young children. He paid $405,000 for a house in Bon Accord, a small community about 40 kilometres north of Edmonton.

Three years later, he was posted to Halifax and sold his home for $317,000 following what he says was a market crash linked to the failure of several industrial projects in the area.

Brauer, 42, applied for home-equity assistance, but says he was told he would only qualify for payments up to $15,000 rather than 100 per cent of the loss since the Treasury Board did not deem his home to be in a depressed housing market.

The father of five children, aged four to 14, said he is losing $2,000 a month carrying the debt burden, which has included $10,000 in insurance costs because they have less equity. He is trying to raise $20,000 through online donations and has sold off family heirlooms to cover legal fees.

He appealed through the Canadian Forces grievance system and won the backing of former chief of defence staff, retired general Walt Natynczyk, who urged the Treasury Board to review the policy.

“Clearly, there are a number of converging bureaucratic issues that are creating unfair hardship for some CF members simply because they are doing their duty,” Daigle wrote.

Records released last year show that between 2007 and 2010, 146 applications involving tens of thousands of dollars each were rejected by the Treasury Board, despite having the support of National Defence.

The Treasury Board did not respond to a request for an interview and a Defence spokeswoman said she could not comment since the case is before the courts.

Dan Wallace, a Halifax lawyer who is representing Brauer, said he is seeking to have the Treasury Board decision overturned and the issue sent back to the organization for another look in what is the first case of its kind in Canada.

If successful, it could open the door to other military families who have experienced similar losses.

Master warrant officer Neil Dodsworth said he lost $85,000 when he sold his house outside Edmonton to move to a posting in Kingston, Ont., in 2009. He says he would consider pursuing more compensation if Brauer succeeds.

“I would look at ways to jump onto the bandwagon and see where that takes us,” he said. “There are other families listening to what’s going on.”