Ellen DeGeneres has long been an outspoken critic of Canada’s seal hunt. A fundraising campaign on her website calls seal hunting “one of the most atrocious and inhumane acts against animals allowed by any government.” So after her famous group selfie at the Oscars went viral and Samsung pledged $1 for every retweet dedicated a charity of her choice (it got 3.4 million), DeGeneres reportedly donated $1.5 million to the Humane Society of the United States, a group that organizes annual campaigns against Canada’s seal hunt.

But not all Canadians are lining up behind the Hollywood icon.

Killaq Enuaraq-Strauss stresses that while she is huge fan of the show Ellen, but the 17-year-old from Iqaluit, Nunavut, doesn’t agree with her perspective on seal hunting. In a YouTube video titled “Dear Ellen,” the young Inuit woman says seal hunting is about survival—not fashion. More than one-third of households in Nunavut deal with food insecurity, according to Stats Canada, the highest rate in Canada. Enuaraq-Strauss eats seal meat, has seal skin boots and says she makes no make apologies for that. “While I agree with standing up for what you believe in, I also realize that [DeGeneres] didn’t have all the information on the story,” she tells Maclean’s. “She didn’t have the perspective of the indigenous peoples and their cultural views.”

Another Canadian out east is also speaking up—with a dash of creativity. To counter the record-breaking Oscar selfie, Newfoundland-based artist Rodney Mercer created a portrait of DeGeneres out of seal pelt. “The image is ridiculous in some ways—it is a picture of someone made out of fur—but it’s that ridiculous sensationalism that I hoped would draw people’s attention,” Mercer says. 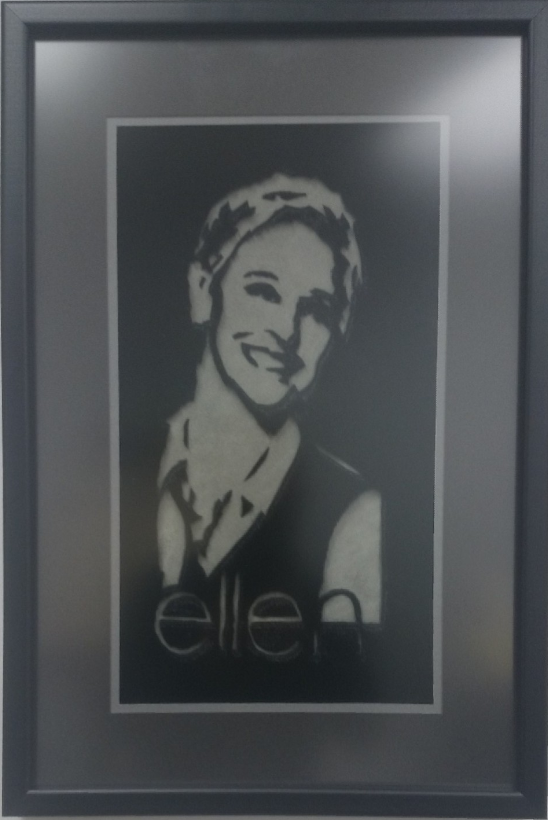 Mercer wanted the portrait to be flattering—nothing graphic—as an avenue to open dialogue about the facts of seal hunting. He speaks highly of DeGeneres, but says her website incorrectly states that baby seals are being slaughtered in Canada. So far, the portrait has fewer than 50 retweets on his  account—still a long way from 3.4 million.